I wrote a free puzzle game for Android phones, called Super Blox. The aim of each level is to change the colour of all blue blocks (squares) to green using the following rules:

Here is the first challenging level from the game. Can you solve it in 21 moves? 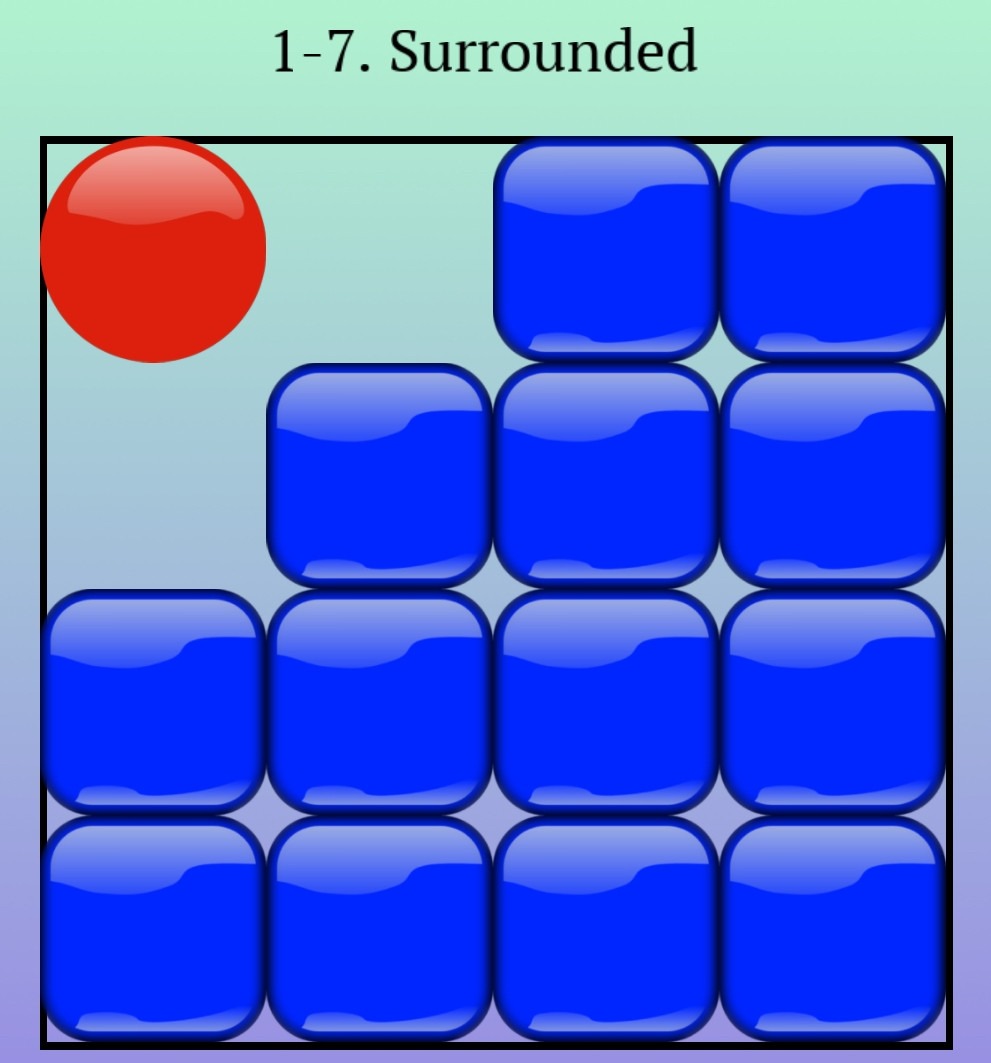 Here's a diagram of a process I took (The number in between is how many moves each step took):

Move the red circle in either direction, I chose down but it's diagonally symmetric

Move both the leftmost blocks up two spaces.

Rotate the three pieces in the center counterclockwise, moving the red circle to the left

Move the bottom 3 most blocks one to the left

Rotate the three pieces in the center counterclockwise again, moving the red circle up

Move the three blocks on the far right down a square

Not the answer you're looking for? Browse other questions tagged combinatorics video-games or ask your own question.