Based on 9-trains puzzle

(in this definite order)

Q1. Write a flow chart algorithm for the locomotive engine to sort the train cars (not necessarily the minimal).

Q2. Write a flow chart algorithm for the locomotive engine to sort the train cars in the shortest way. 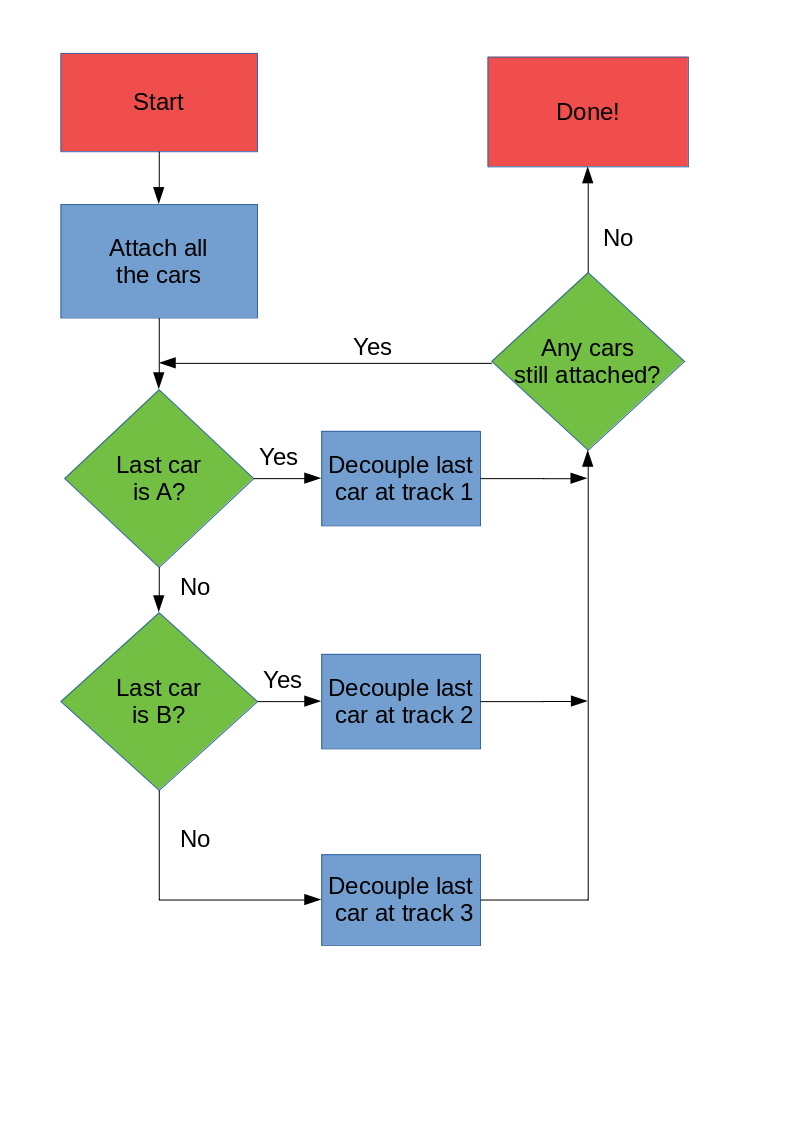 We can then apply the following optimizations:

We don't always have to pick up all cars from a track at the beginning. We can leave all the last ones that are already on the right track.

If all cars on a track are already on the right track to begin with, we don't have to go into that track at all.

We can detach multiple last cars at once if they are always equal (and we will always do that if it is the case).

Q2: Proof that the optimized algorithm is always optimal (partial)

Maximum number of steps per move:

A move consists of one break up, moving out, and moving in again then attaching. Thus, at most 1 step can be performed per move.

Number of steps performed by the algorithm per move;

During the first part, the algorithm may combine together unequal cars, potentially making it suboptimal

Not the answer you're looking for? Browse other questions tagged strategy computer-puzzle algorithm or ask your own question.