Some of Cattell IQ Tests really stuck me. So I hope you can help me.

In these two tests, which one is true according to the logic? 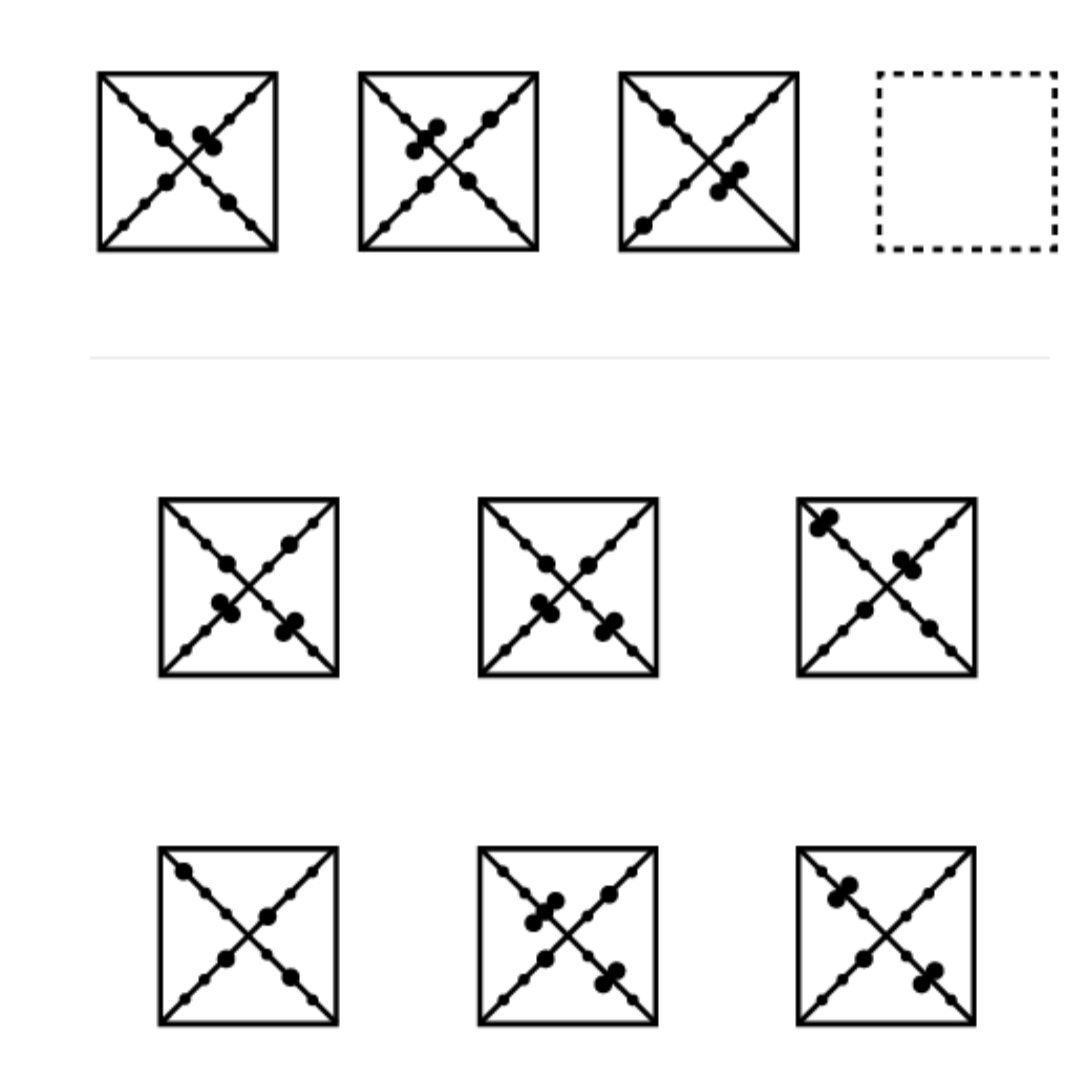 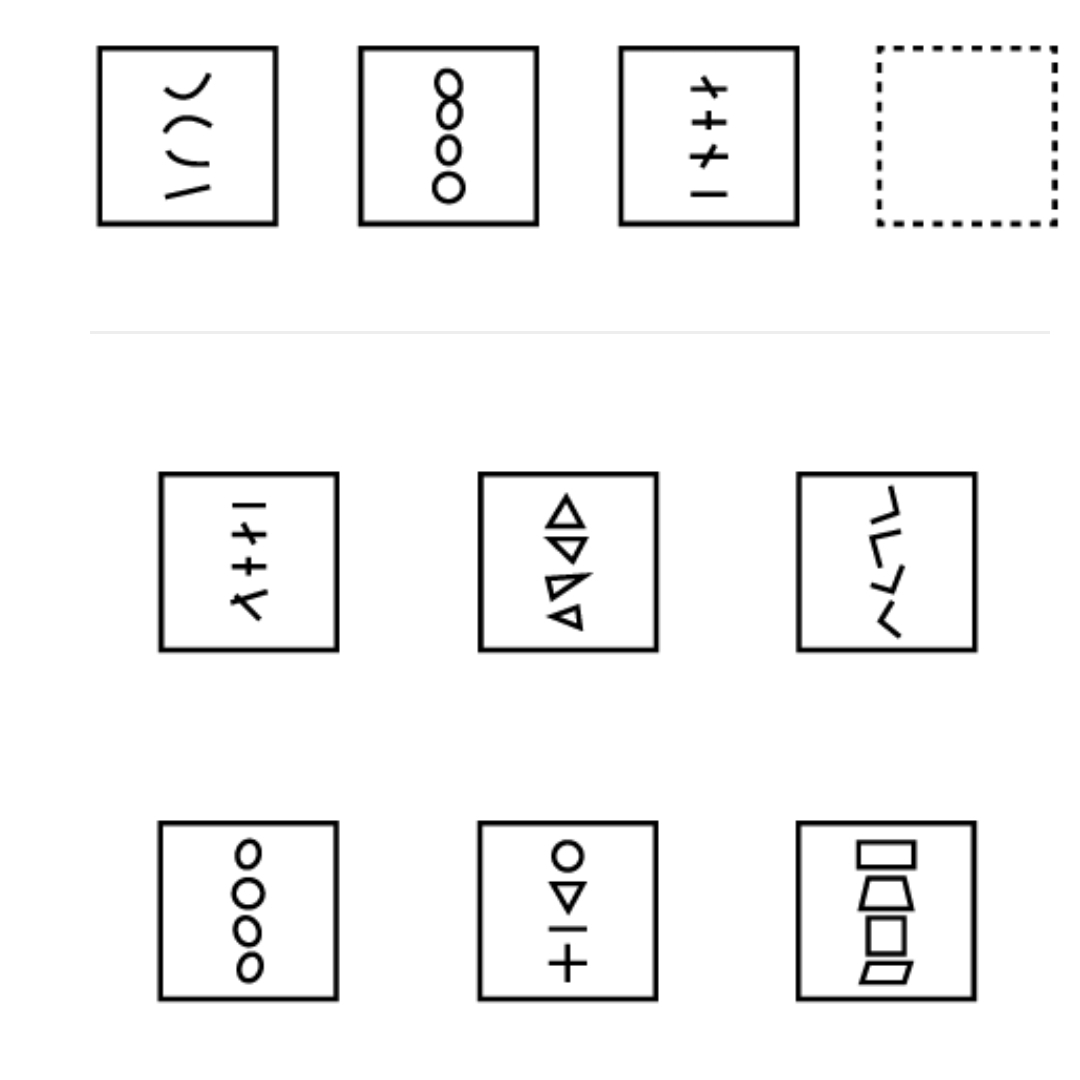 And in this one, we find two odd pictures, probably some kind of logic is behind them. 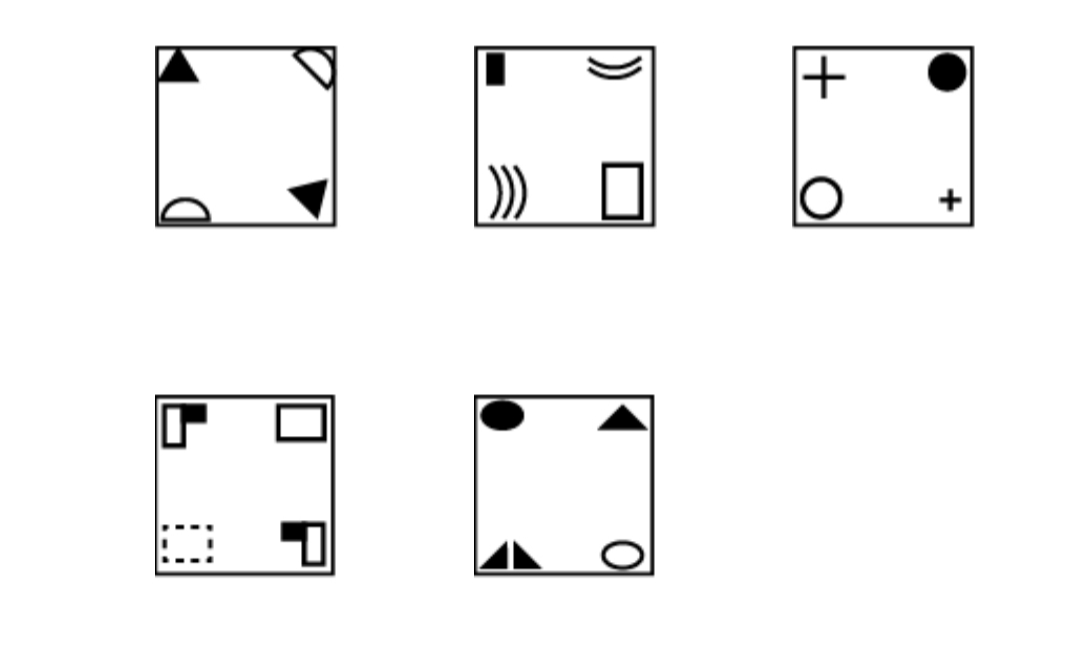 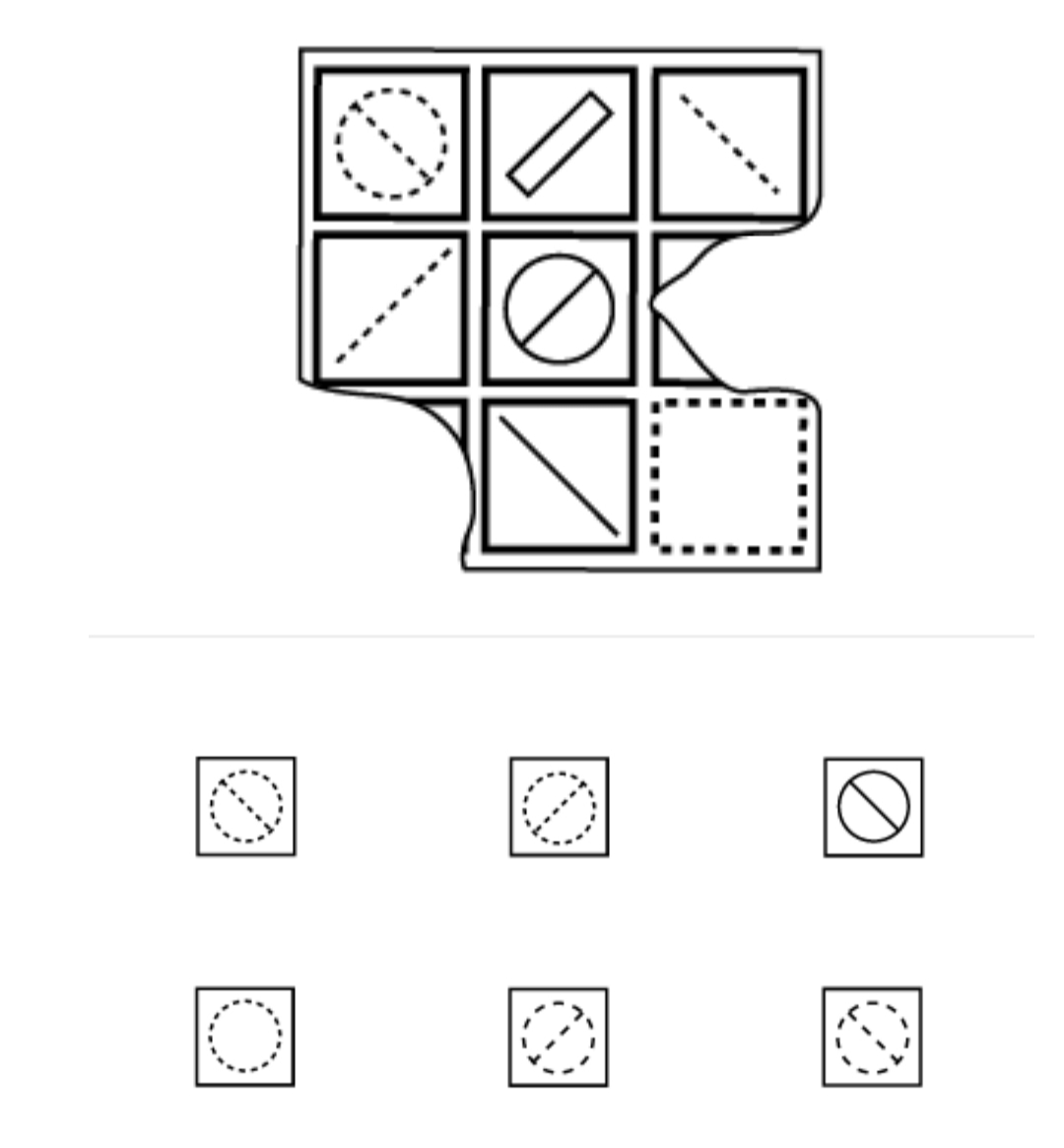 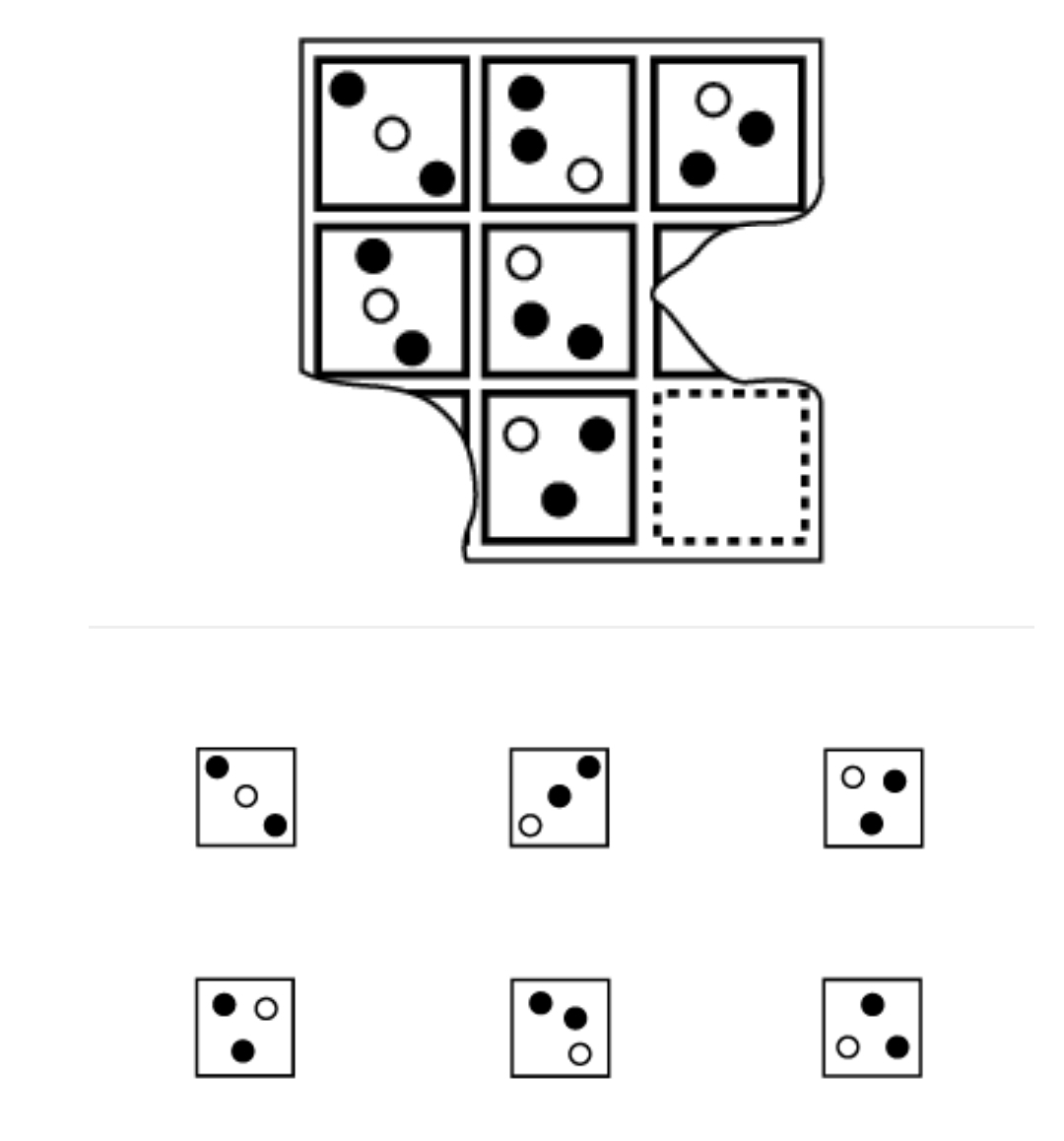 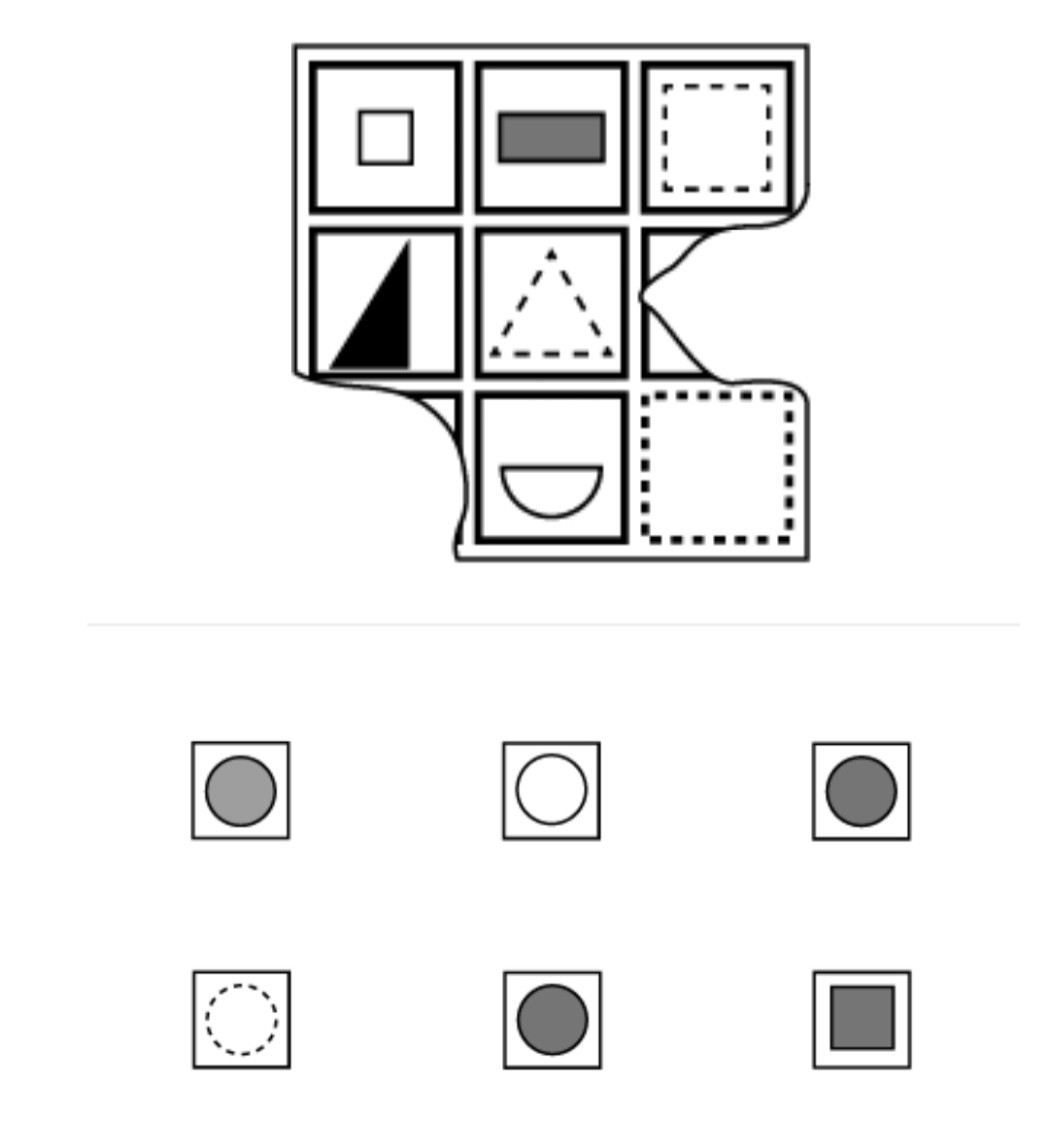 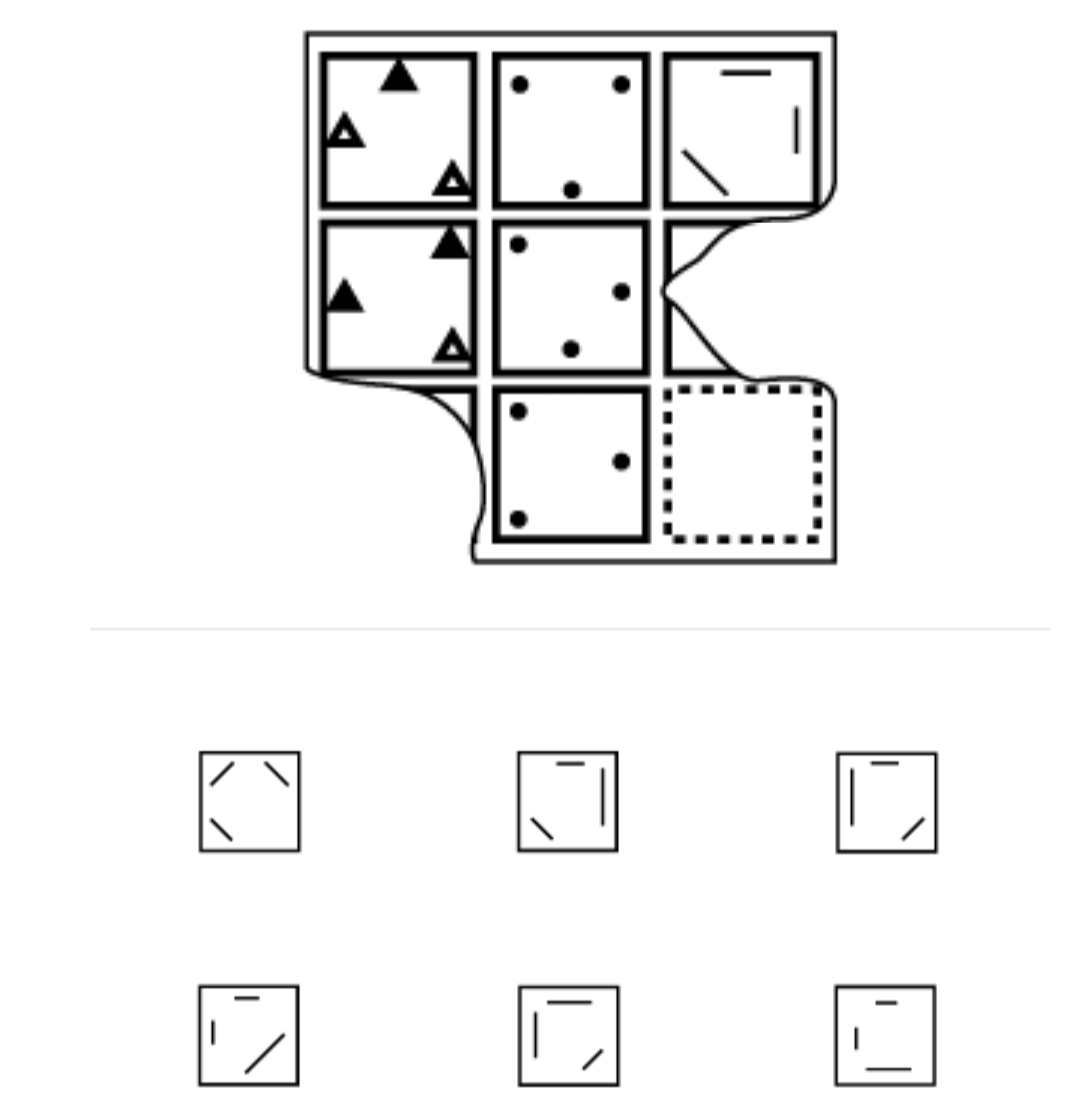 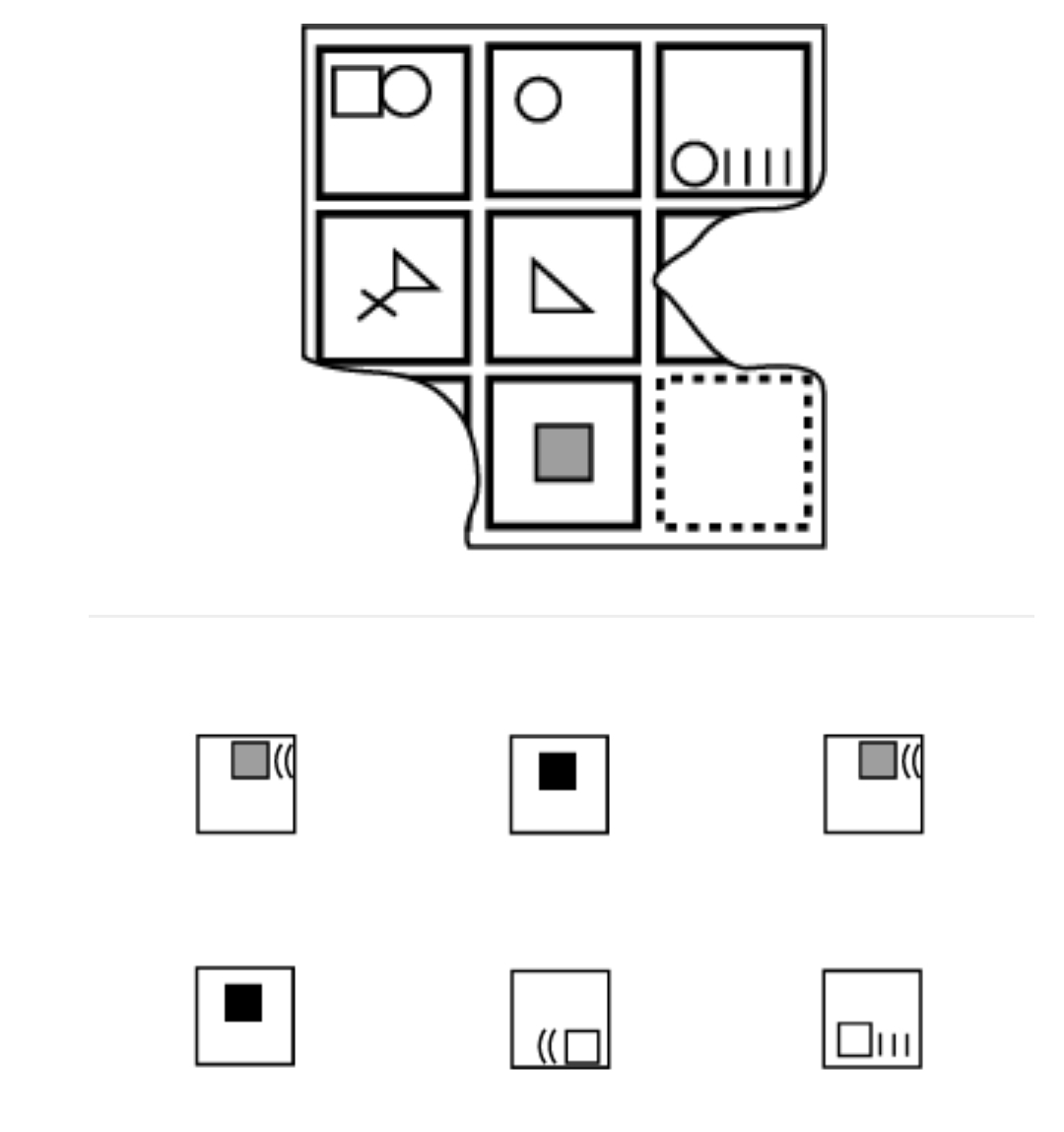 In each step, the total distance from the center (sum of distance of each dot) increases by one. Both A and F have the correct total distance. There's also a pattern in the number of dots (5, 6, 5, 6). So the answer is A.

This is an analogy (1 is to 2 as 2 is to 4). The only thing the first two cells have in common is that they are made out of four lines, so since the third has seven lines, the answer is A or E. The second cell contains only circles (geometrical shapes), so the answer we're looking for is E.

B and E, since in all the other ones, it's the same shape across the diagonal (ignoring size, rotation, chirality, fill, line style)

At first, both A and F seem to work (A is identical to the first cell, F is more coarsely dashed). But if we look carefully, the line in row 1, column 3, has one dash less than the one in row 2, column 1, meaning the two columns have different styles. So we want F, the more coarsely dashed one.

The pattern seems to be in the "black -> white -> black" angle. Top to bottom, the angle increases by a constant amount. The answer is A, the only wider angle.

On each diagonal (top to bottom, right to left), we have the same style (outline, dotted, filled). On each row, left-to-right, you can imagine we're unfolding the shape step by step. So in the hidden bottom-left cell, we had a quarter-circle, which was unfolded into a half-circle, and which we'll unfold again to form a full circle. So either A, C, or E.

Now we have to choose which color to fill it with. The two colors in the first two row are different (dark gray and black), so the most logical choice is a third, different color (light gray). And on top of that, C and E are exactly the same, so if there's only one correct answer, it can't be one of those. So the answer is A.

Reading left-to-right, top-to-bottom, the shapes are rotating clockwise along the edge of the square, one step at the time. C, D, and E all have the shapes in the correct place. Let's see where the long line should be. Keeping track of its position each step from when we last saw it in the third cell, it will end up in the bottom-right corner, so the answer is D.

On each row, we have a shape in the middle cell (circle, triangle). To the left of it, the middle shape with something attached on its left side (square, cross). To the right of it, we have the middle shape, with the attached shape disassembled and placed to its right (so four lines in the first row since a square has four sides).

At first, answers A and C (which are identical) would seem like a good choice, but there are three problems. Firstly, all the other problems had only one correct solution. Secondly, the shapes are aligned to the top of the cell, not the bottom. Thirdly, the lines are curved (not that big of a problem, you could say the attached shape in the first cell was a lens, but it's still something different so a downside). A better choice would be F. The only problem with it is that the square is the white rather than grey, but maybe the missing shape in the bottom-left cell was black, and then there would be a pattern of the color becoming lighter each step.

Some of them seem pretty hard, i will try to add more solutions as i go along, here's what i got so far: 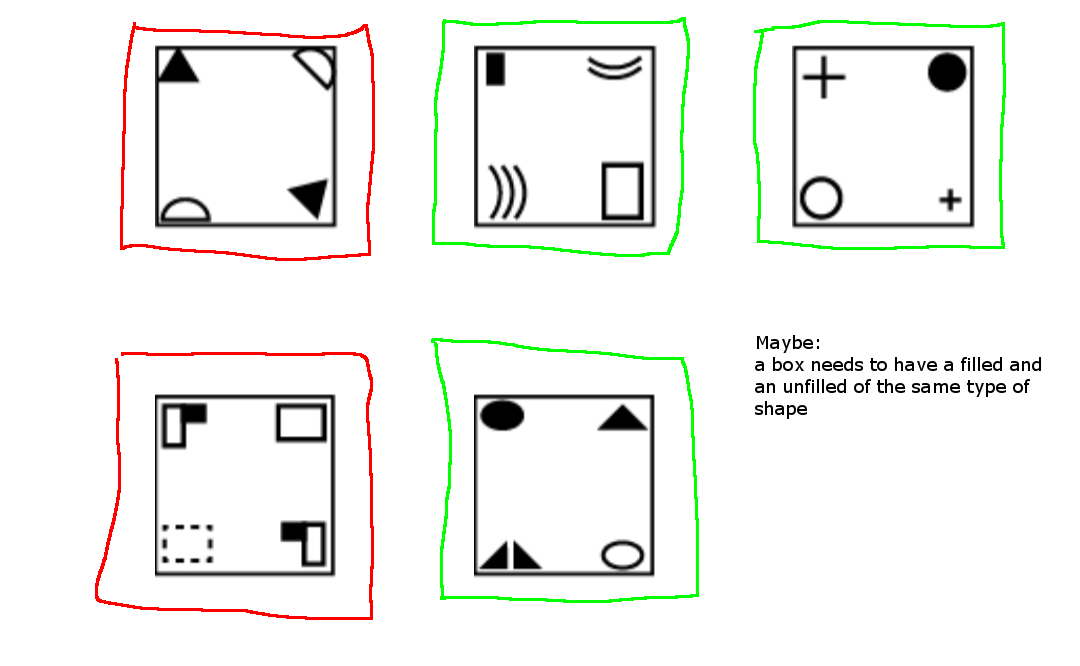 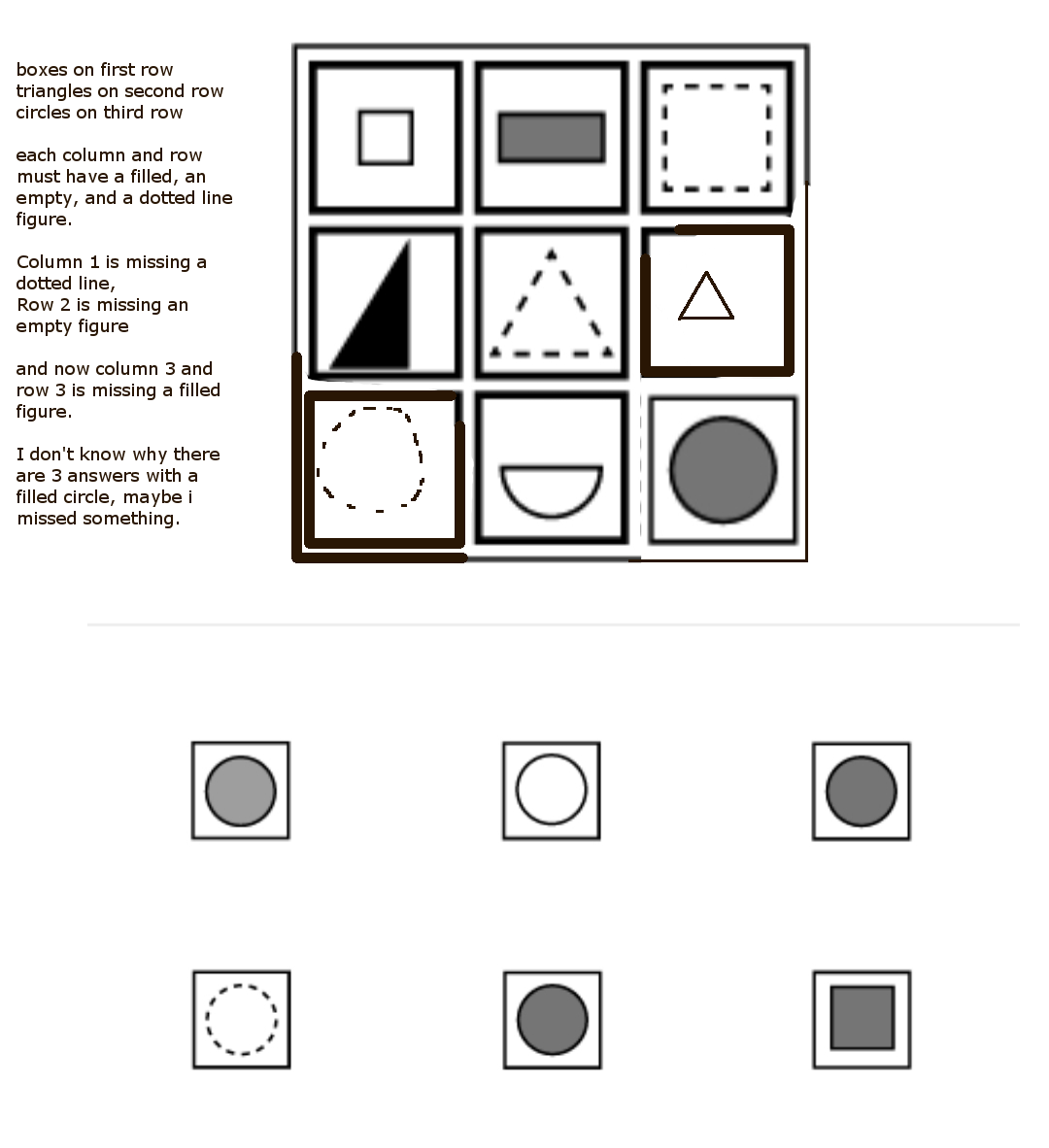 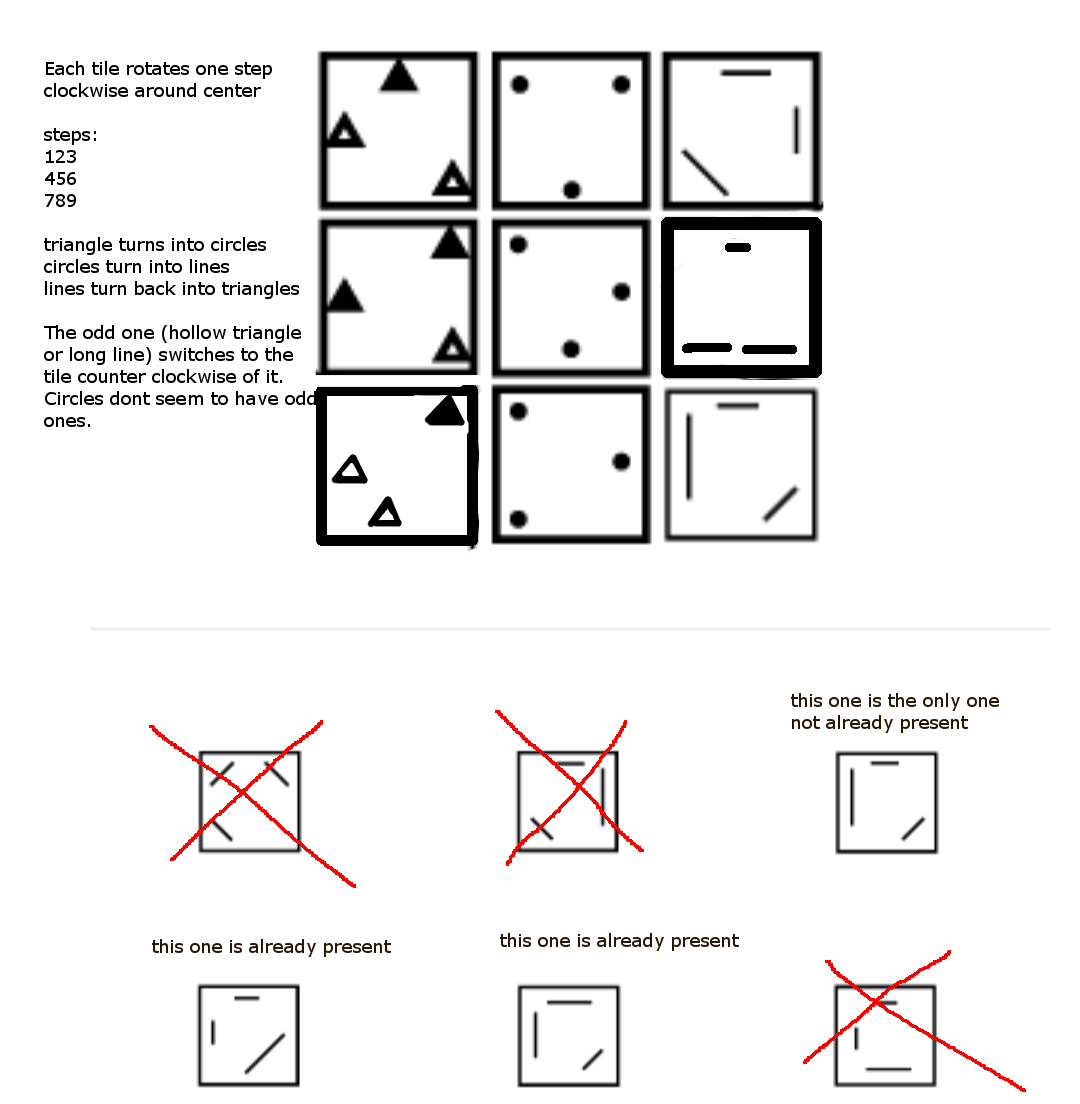 Will edit to add the others

Answers I got so far. Will add more later 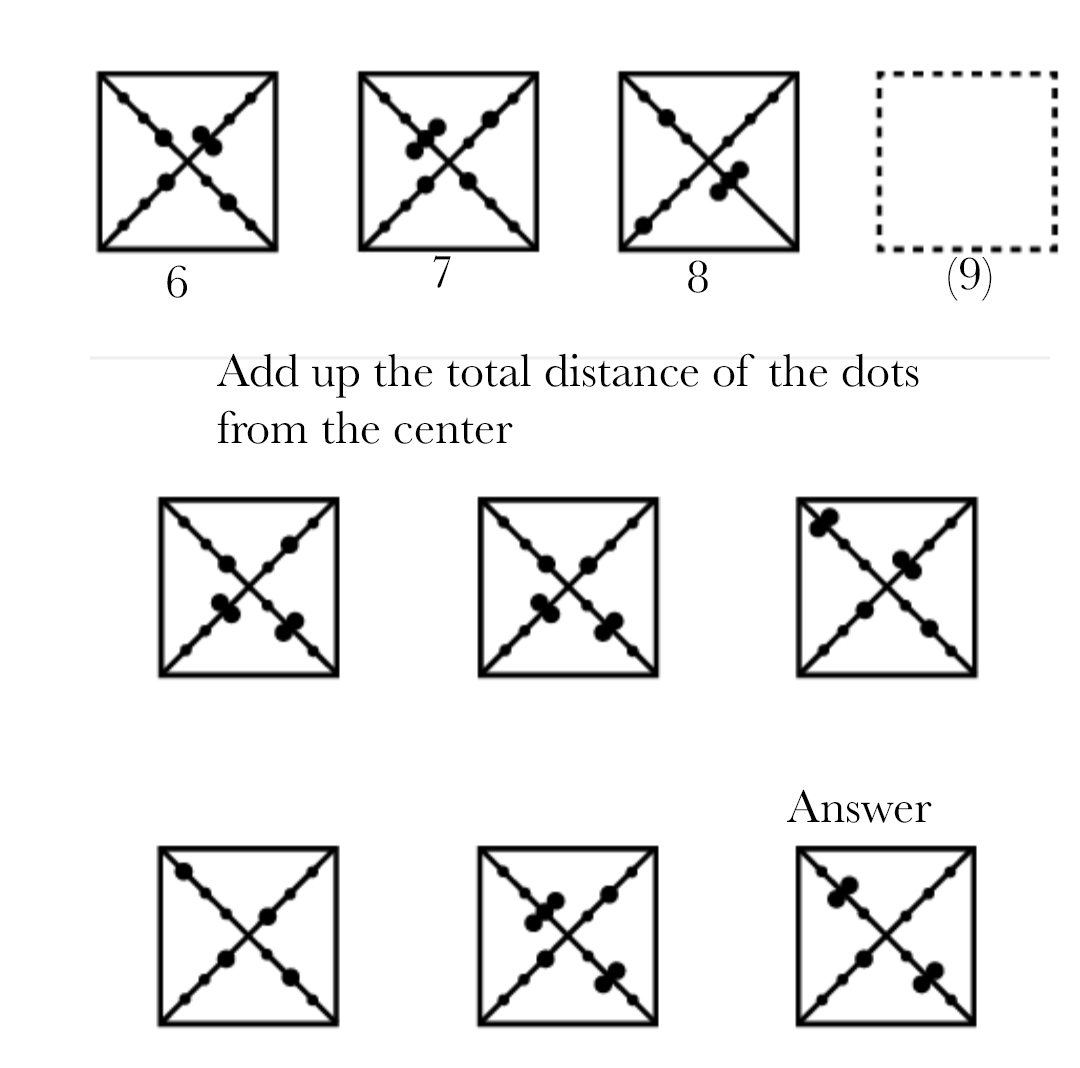 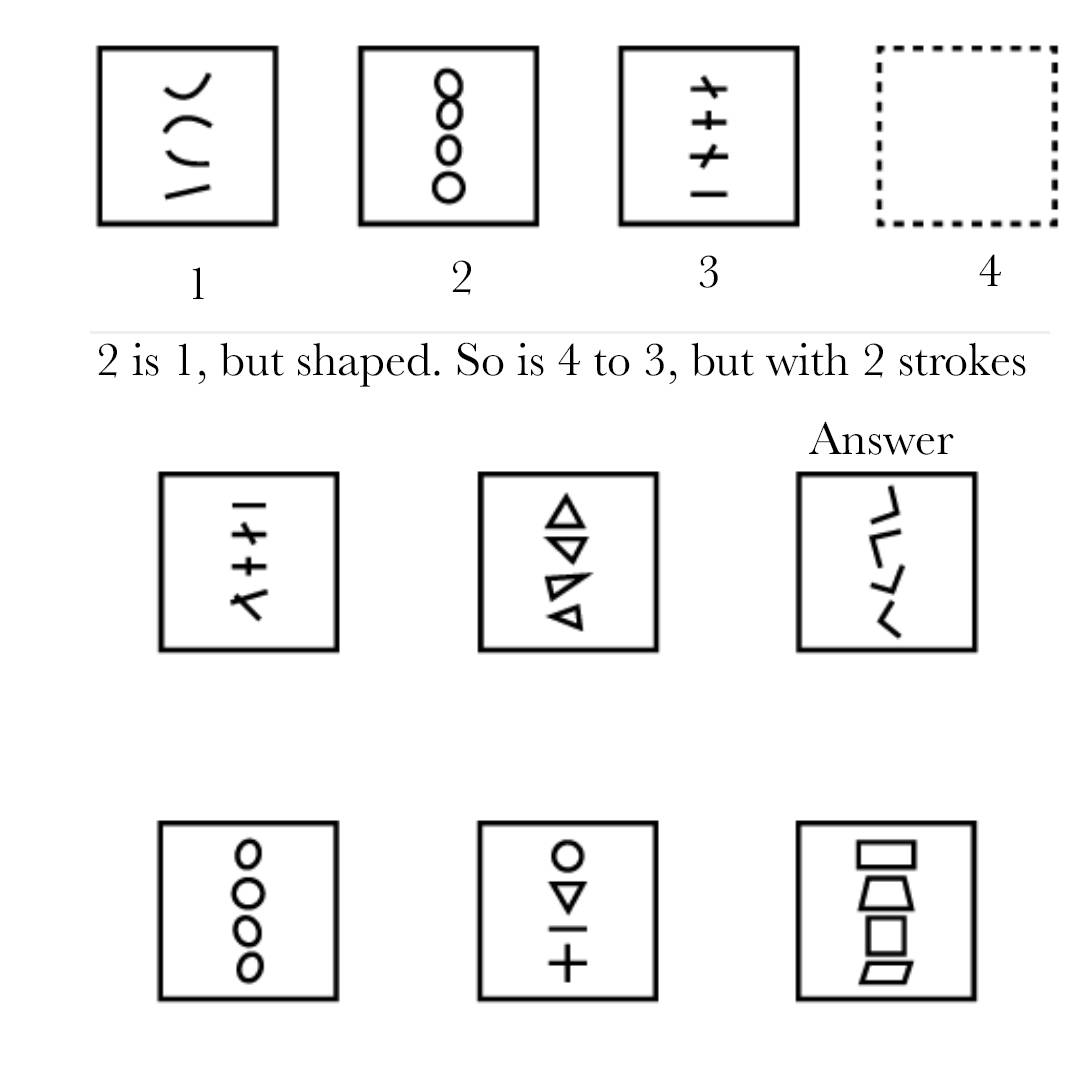 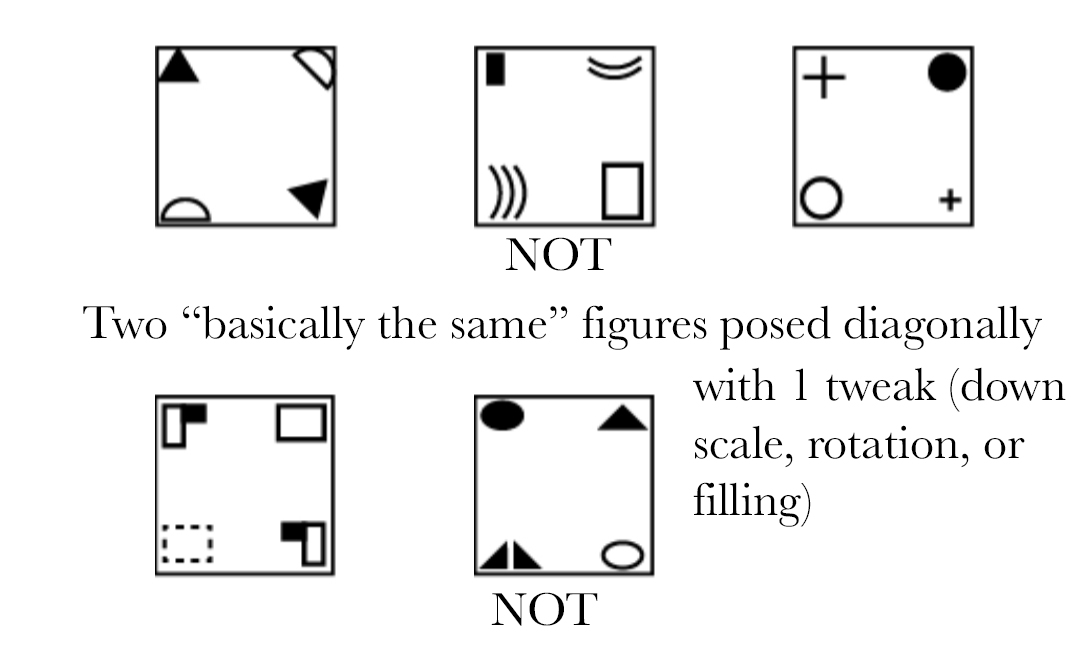 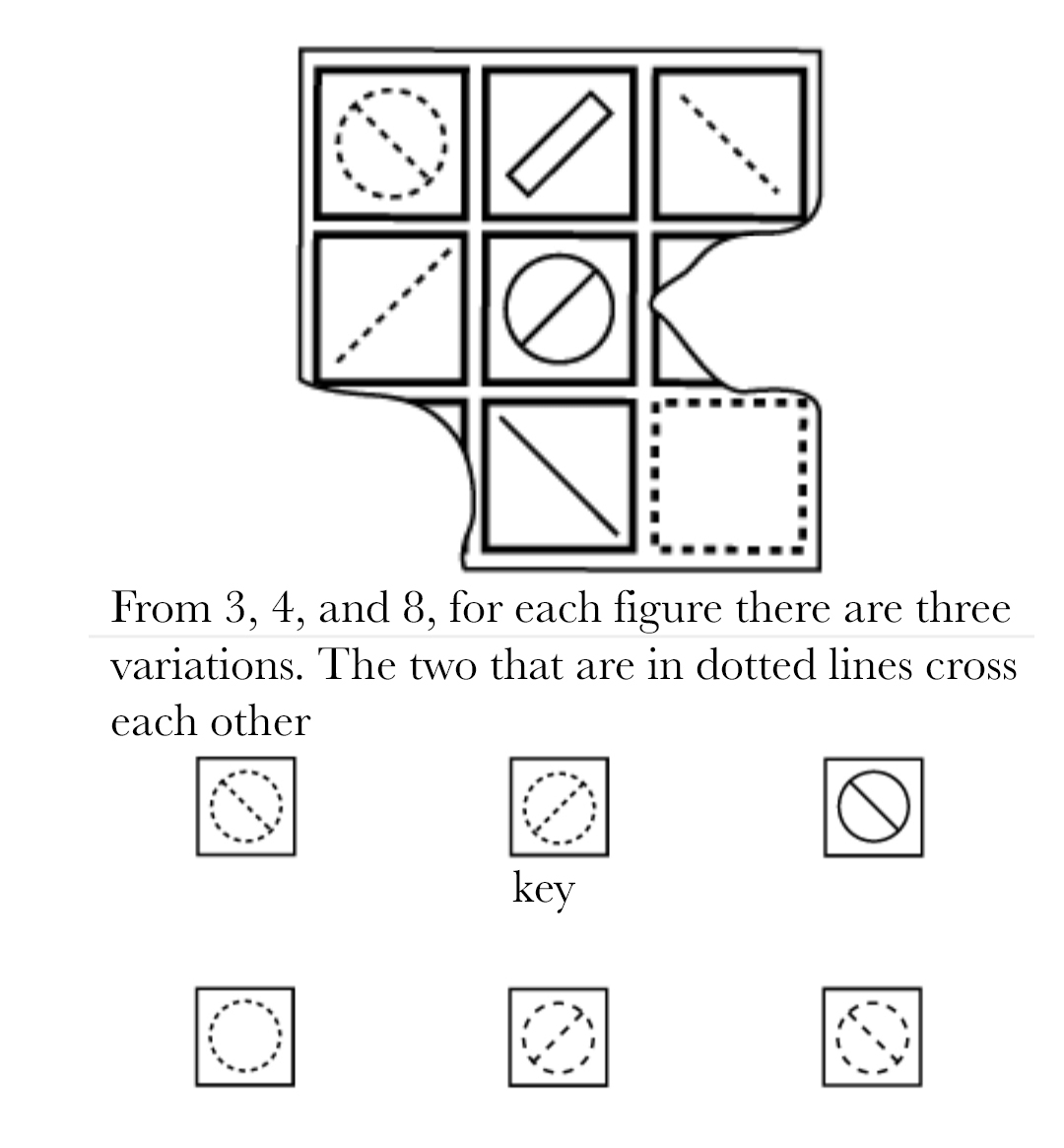 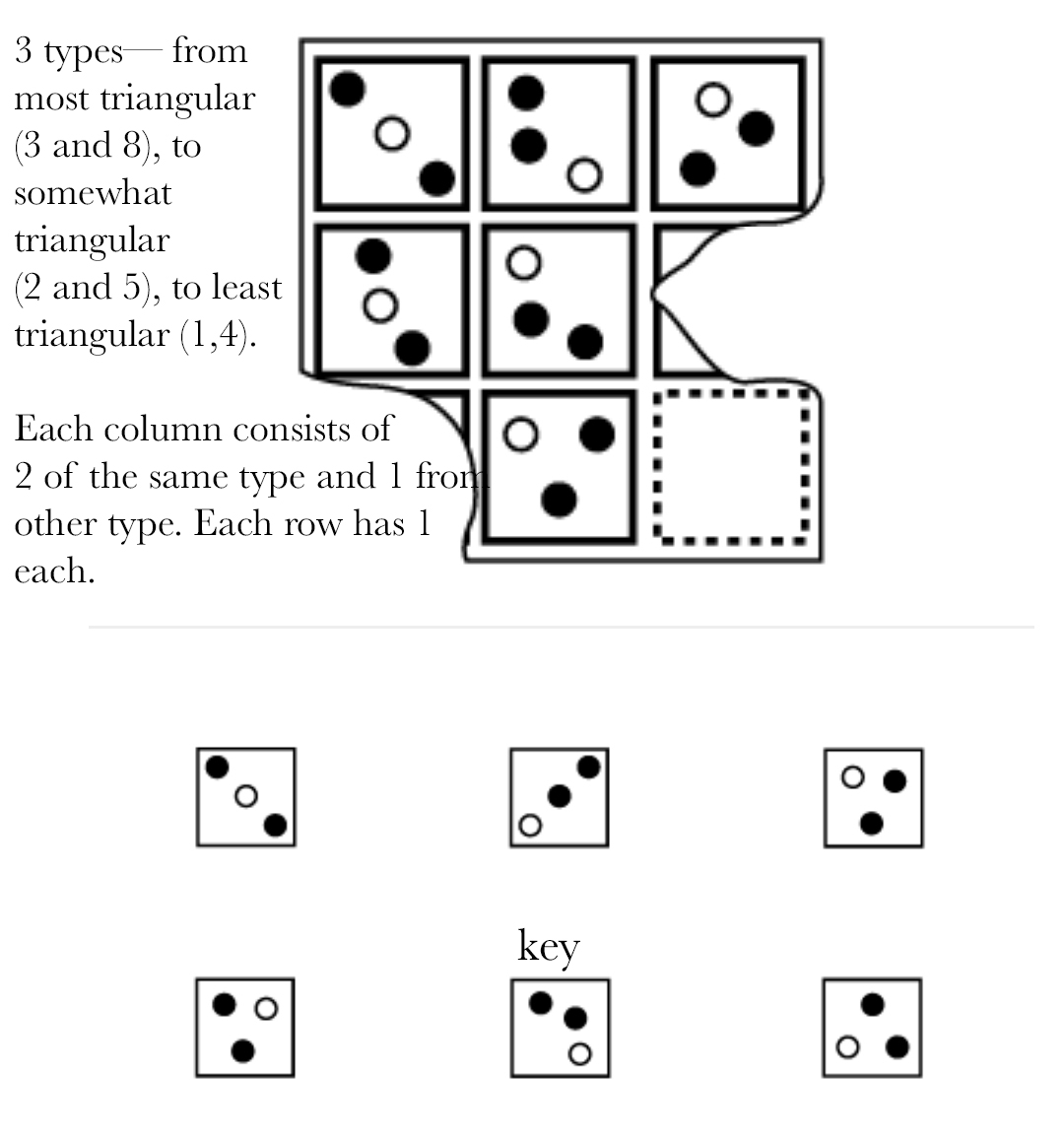 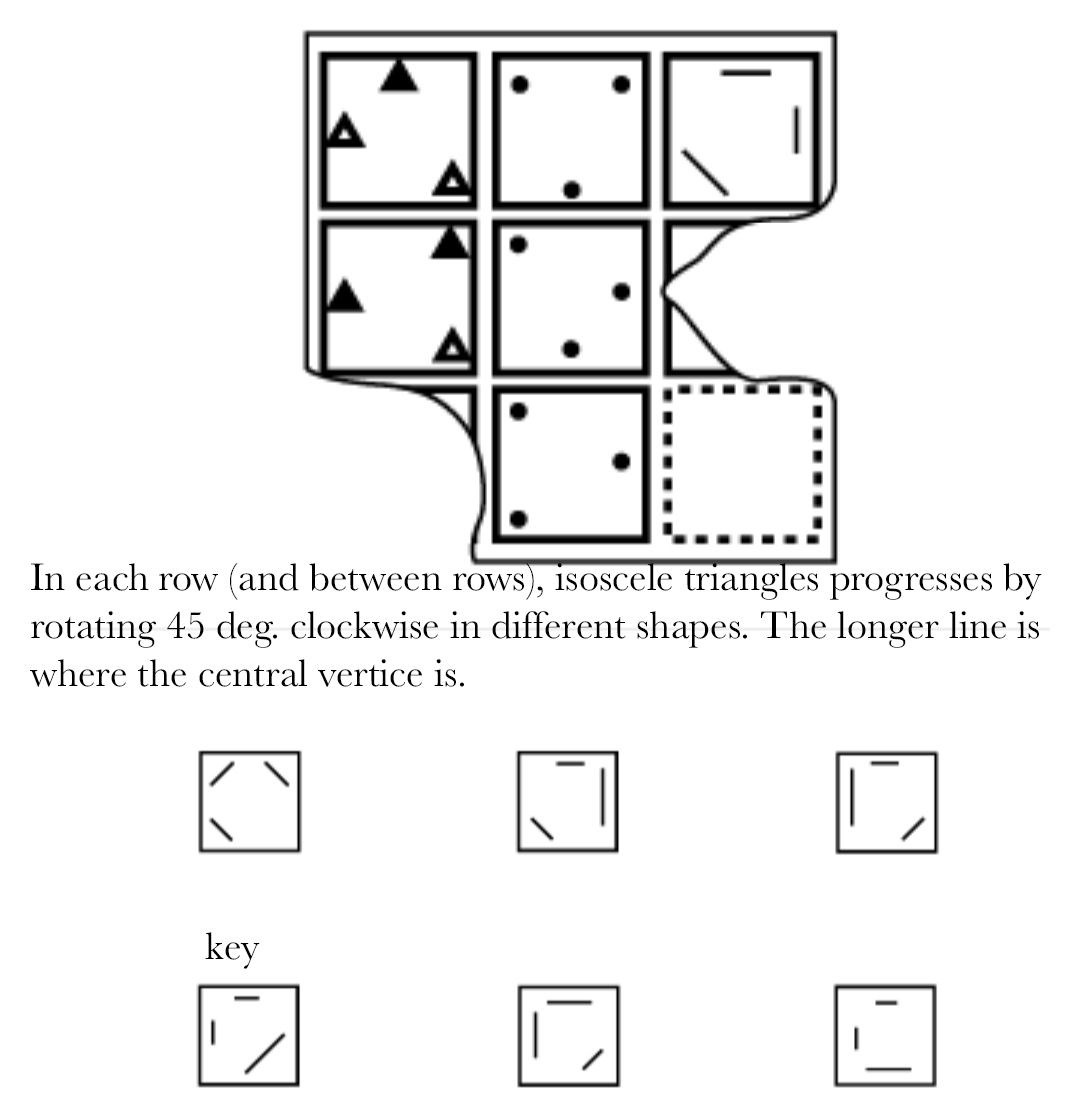 Ultimately I find it.

Here at the end of this file you can find the answes ... some of answers are really confusing for example answers to question 2 and 3 that I asked.

But the answer to Question 2 which is B, Question 3 which is A and B, and Question 5 which is F , are nonsense ... Any idea?

Notice that the pictures that you can see in first post may be drawn incorrectly ... please use pdf files to answer my questions .

14
Logic explanation in “two doors” answer
16
The Harry Potter Potions Riddle
0
What did the man say?
5
Am I allowed to use the XOR operation for the “Three Gods Puzzle” AKA the “Hardest Logic Puzzle”?
3
Looking for a Logical Puzzle with Scalability
10
Six liars, truth-tellers and jokers
6
Logic puzzle about six college freshmen
1
Another (simple) self-referential aptitude test
3
Swapping eggs puzzle
15
Flashlight and 8 batteries