A club for men only

Sixteen people tried to enter the local Club for Men Only this month. However, there is a precise rule that states who can be admitted to the club: of course the candidates can't know the rule before entering the club, so eight of them were rejected.

Here are the people who were admitted:

And these are the ones that were not admitted:

What is the requirement to enter such exclusive Club?

As stated in the title, this club is for men only. This means that it makes no sense to apply the admittance rule for (most) women. Or at least the evaluation will be too trivial.

As already leaked by @Steve in the comments, names definitely matter: they are not just labels to refer the pictures. However, if you really want to be admitted in this club you won't necessarily have to change your name: you can also...

..cut and/or grow your beard or hair. In some cases (Eduardo, Franklyn, Matthew) cutting beard/hair is not enough and the only option is growing one and cutting the other. If you are bald it could be the case that you cannot enter the club for good.

Only two letters of the names matter.

The requirement is not just about the name and/or the facial hair coverage. It is something about some kind of relationship between the two. The length of the hair and beard of the candidate is measured and somehow "compared" with (two letters of) their names.

I think the rule is as follows

Look at the first and last letters of the man's name.

Note: Here I am not considering hair on the back of someone's head, just the hair we can see in the picture.

New attempt: (previous attempt was based on the assumption that names have no role, so I didn't keep it)

if we tally up the values of each person's name and the number of their divisors, we have this chart 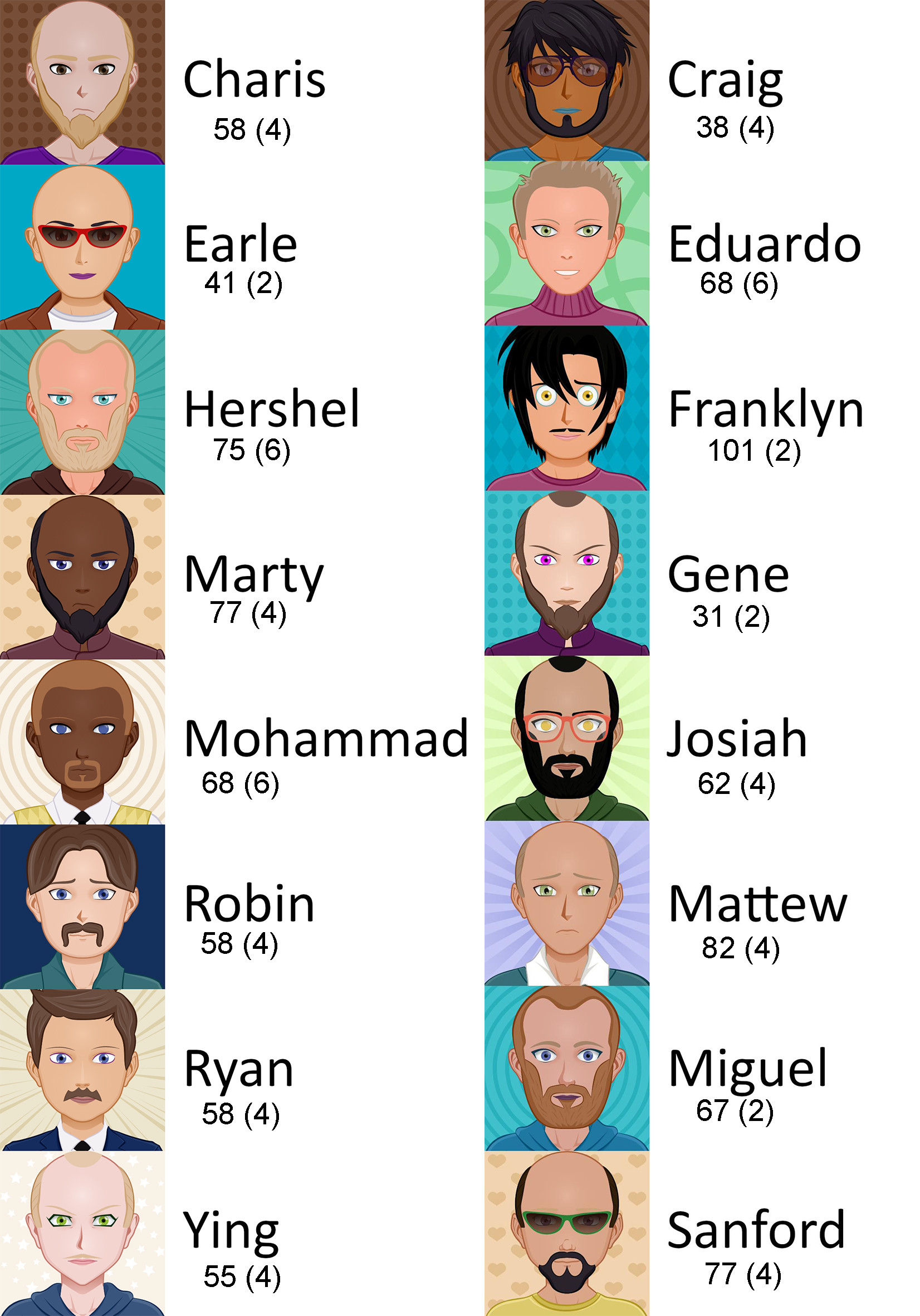 We may observe from the admitted group:

1. the higher the divisor the more coverage of facial hair; 2, a divisor of 6 means all around coverage of either mustache (Muhammad) or hair (Hershel); 3, a divisor of 2 means you have to be bold (Earle) and; 4, a divisor of 4 means coverage of about half of the face (Charis and Marty has the bottom half; Robin & Ryan the top half; nothing on the opposite half).

Explanation of the rejected group:

Whereas Hint 2 suggests changing hair coverage to adapt to the divisor values of one's name, for most ladies that is just not viable. Most women have much more hair than this.

In order for the 8 men to be admitted their names have to contain at least two of the same letter.

The above three have to cut their hair and grow a beard.