Kings on a chessboard

Let $n$ be a positive integer. You are given $4n^2$ kings and a $4n\times4n$ chessboard. You have to place the kings on the chessboard such that each row and column contains exactly $n$ kings, and no kings attack each other. How many ways can you do it?

Why is this downvoted? It is a puzzle, not a math textbook problem.

two ways to do this.

Call a block "right-weighted" if the king is in the right side, and "left-weighted" if the king is in the left side. In a row, you can never have a right-weighted block immediately left of a left-weighted block because their kings would touch.
Look at the weightings of a row of blocks. Can the edge blocks both be weighted inwards? No: it would cause that condition above to happen somewhere in that row. If you have "R....L", then that row has to have RL in it somewhere.

This shows that every row of blocks is all weighted the same direction: left or right. Similarly, every column of blocks is either all top-weighted or all bottom-weighted. (And in both of these cases, they have to be split half and half: half of the rows are left-weighted, and the other half are right-weighted.)


Now, note that you can never have this scenario with your weightings: 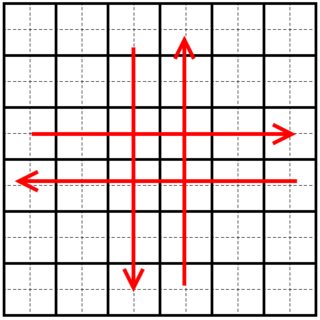 This leaves only four options. Columns' weightings will either be ↓↓↓↓↑↑↑↑ or ↑↑↑↑↓↓↓↓; similarly, rows' weightings will be either →→→→←←←← or ←←←←→→→→. As shown by the image above, we can't have the first column option with the first row option, because it would cause a contradiction in the center. Similarly, we can't have the second with the second. But the other two options do produce solutions: the below and its mirror image. 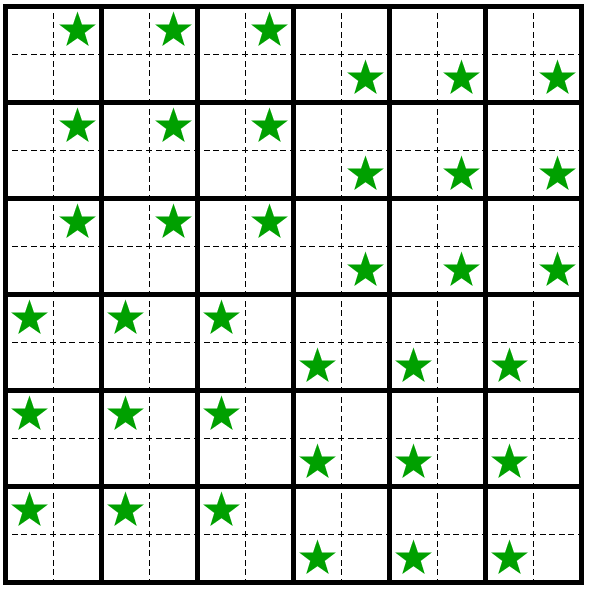 So these are the only two solutions.

Not the answer you're looking for? Browse other questions tagged mathematics combinatorics chess or ask your own question.

12
Sequence Brain Teaser: Fill the gaps to create arithmetic sequences
10
Multiplications in a chart, problem solving
3
Filling a chessboard with -1, 0 and 1
31
Biggest army on a chessboard
17
Discrete Peaceful Encampments: 9 queens on a chessboard
1
Placing rooks on a chessboard
5
Almost a sudoku puzzle
1
Special arrangement of 16 cards
2
4x4 square with no increasing triples