A fairy tale in a golden toy

Once upon a time, long long ago, in the days when good stories were far more beautiful and far harder to come by, a king was asked by his spoilt but beloved princess daughter to give her a fairy tale. In answer to her request, he bestowed upon her a mysterious golden toy. Below you will find a perfectly faithful reproduction of it. Like all good princesses, she played diligently with her new plaything, until she revealed the tale it contained, a magnificent story of all-encompassing revulsion and allure.

Can you discover the fairy tale in the image? You will find there both the title of the story and the key plot point. 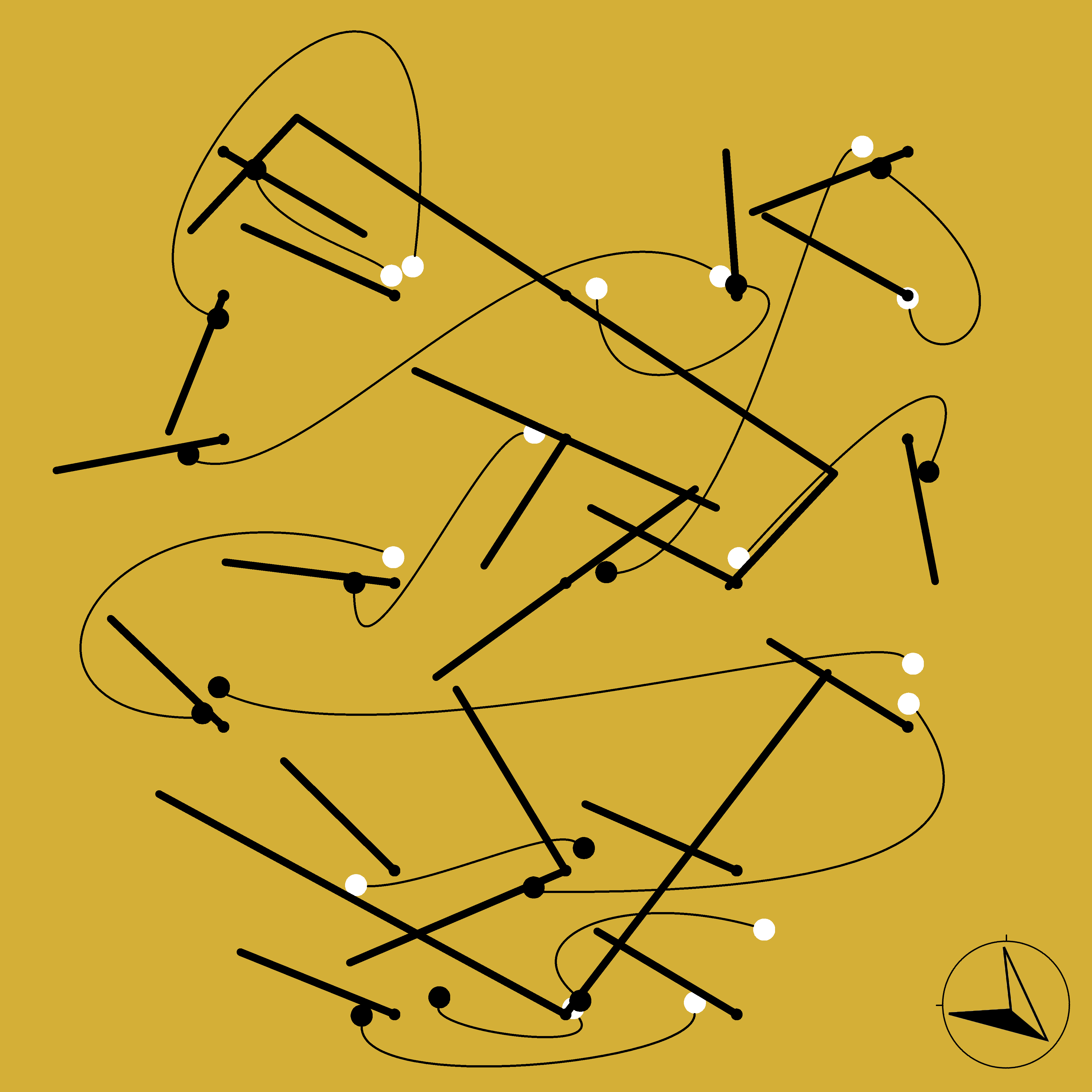 The fairy tale is not, of course, hidden in the png file itself, but rather in the thing which it represents, and this quite exactly. It should, for instance, be possible to build a physical version of the toy from which the solution might be obtained; no part of the toy is irrelevant to this solution.

Since this puzzle seems to have attracted some further interest, let me reiterate my point that this is essentially a mechanical puzzle. While it is difficult to hint the details of the puzzle's mechanism without giving the problem away, the essential mechanical processes involved are already hinted in the flavourtext. While I have stated a physical version might be built, simple pen-and-paper work should also yield a solution - it might help not to get too hung up in precise lengths and angles, while keeping careful track of where different physical components might lie.

I'm wary of placing bounties or posting too many hints on my old questions to avoid making a nuisance of myself with puzzles that aren't very interesting, but since this puzzle has garnered ongoing attention, and has attracted (another!) bounty placed by some kind stranger, first @Swati, now @costello (as well as a downvote...), I'll post another clearer hint.

The image is all you need to solve the puzzle (although some of the physical details of the mechanical processes involved are obscurely hinted in the flavourtext). I reiterate that a working physical model of this puzzle could be built. The pictured state is one possible arrangement of the machine, and the solution state(s?) may be found by manipulating the machine. @SeptaCube has performed a manipulation of the image (rotating the thick lines) which is crucial to obtaining the solution - what is now required is to rationalise and finetune this manipulation (using the other components of the image - black and white dots, thin lines, and pattern at lower right). There is one wrinkle, which is the obvious elongation of the image (initially unintentional and an artifact of the program I used to construct the image), but which is easily corrected (by stretching the image, assuming near-right angles are right, and interpreting the elongation as a perspective view of the physical toy). The arrow at lower right does not need to be stretched in the same manner. Once this stretch is performed, the puzzle is mathematically precise to the pixel (hence the mathematics tag), but this is not necessarily the desired method, for even without it it is still solveable by hand - some tweaking of @Septacube's image should start to show some recognizable shapes.

Rotating each black segment / set of segments around the corresponding point in ways that make sense give this image: 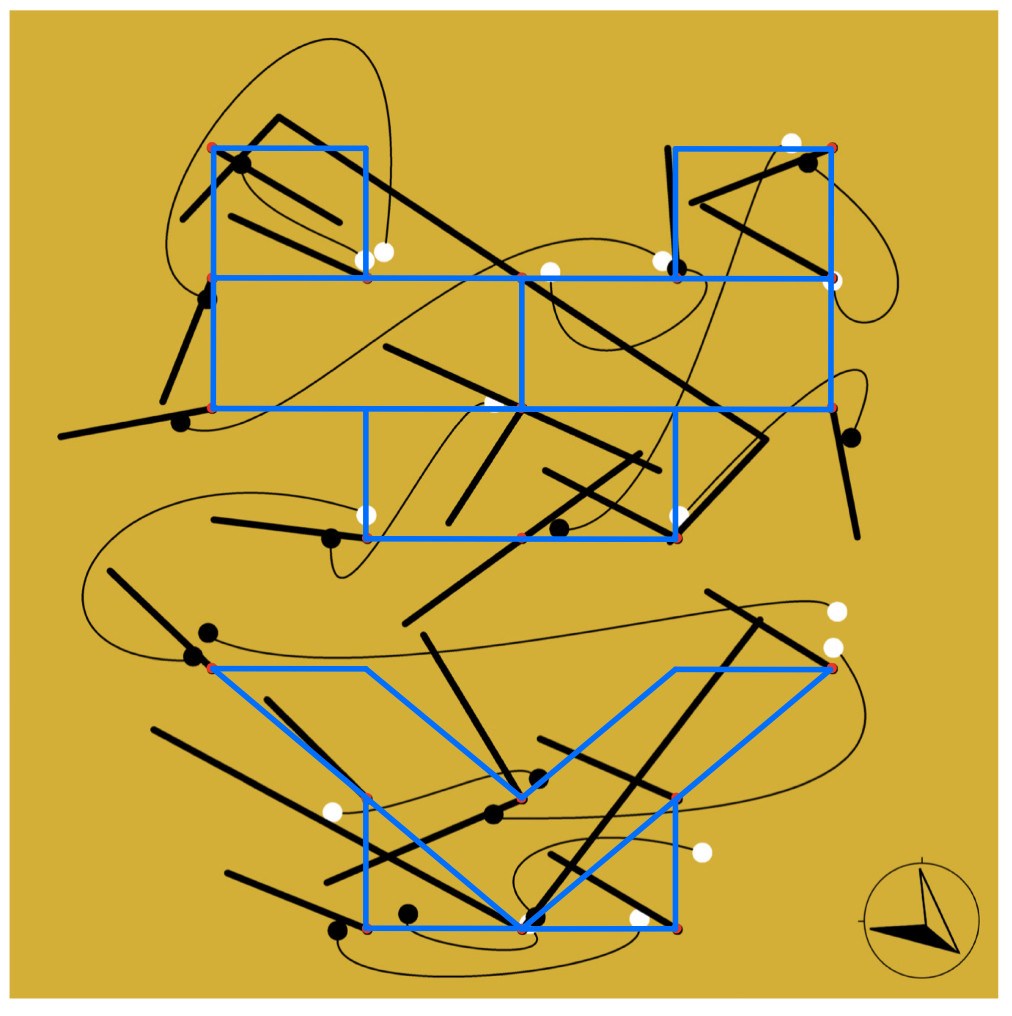 When turned upside down, this seems to resemble the straw and brick houses in the three little piggies story, making that the answer.

I think the story is:

"The Princess and the Frog"

When you rotate the pieces around to form shapes, and then rotate them to point the "arrow" in the direction of the arrow on screen, they form what looks like a princess head (like, with little pigtails) and an origami-looking frog. And there's a single line between them which looks like a princess kissing a frog. In addition, the puzzle text hints at "revulsion and allure" which seems pretty appropriate. 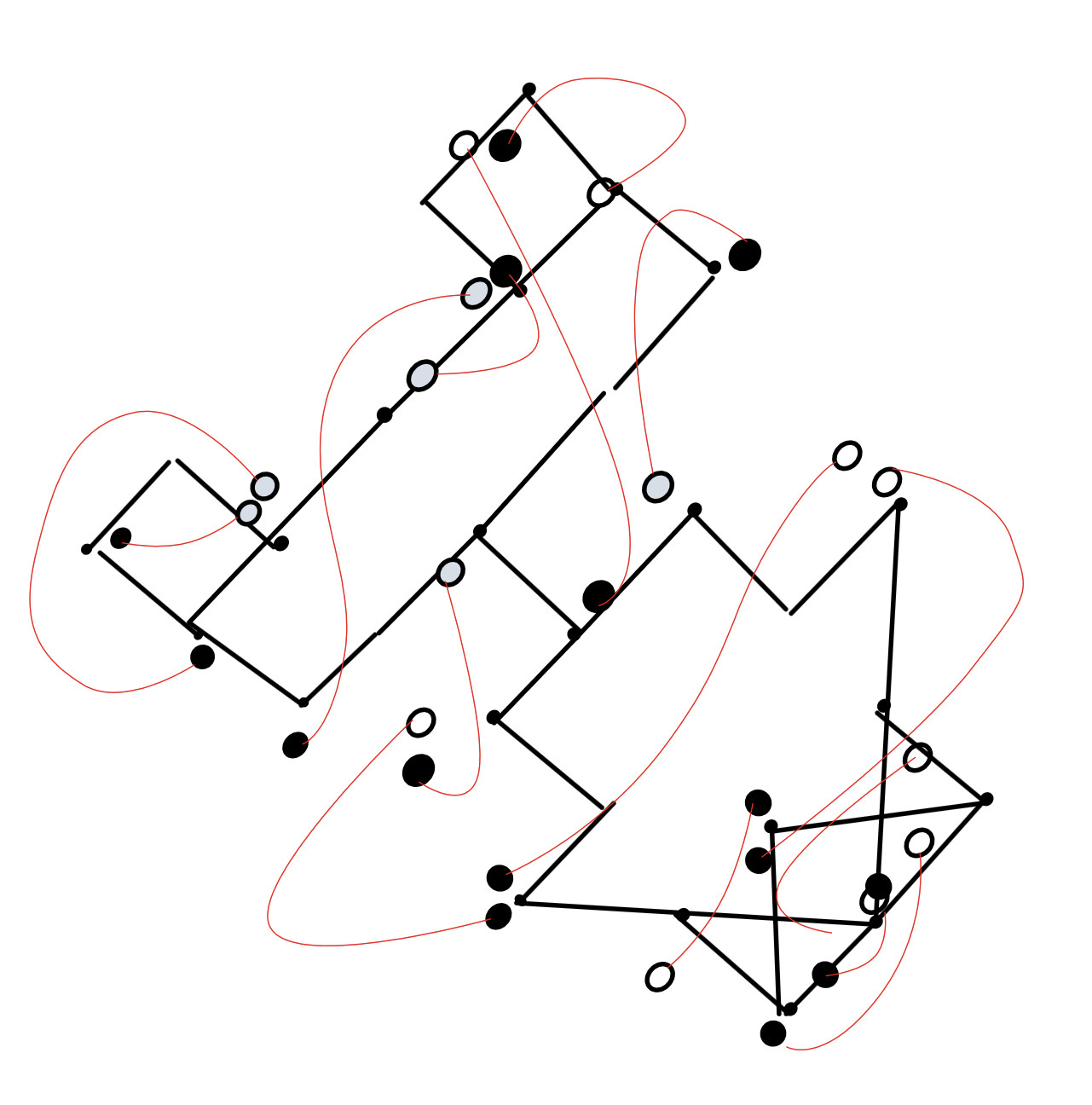 Not the answer you're looking for? Browse other questions tagged mathematics knowledge enigmatic-puzzle visual steganography or ask your own question.

16
Dedicated image - but dedicated to what/who?
28
A simple visual puzzle to die for
5
What does it want?
9
A differential equation with a hidden sentence
28
Tribute to Clifford Possum Tjapaltjarri
14
Is there a mistake in this vast rebus?
14
A new adventure awaits! Let's go!
13
A weird picture is driving me mad