A knight chased by four knights

If both players play optimally what would be the outcome of this game? Can white escape indefinitely? Can black guarantee to capture white no matter what he does?

This should be more or less

an easy win for the four black knights.

white cannot ever capture. All the knights are on same coloured squares whenever it's white's turn.

Secondly, if black can ever reach this position 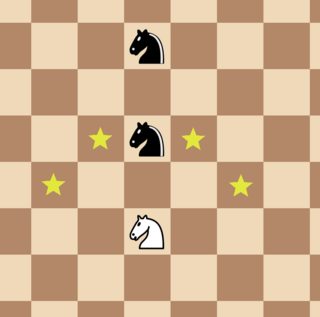 with white to move, then it's ggs on any finite sized board: black is guarding the marked squares, so white can only make a move toward the edge of the board, which both black knights will copy, and the position will repeat. Eventually white will run out of room to run, and will have to step into a threatened square and get captured.

There are several other positions that result in a similar endgame, for example: 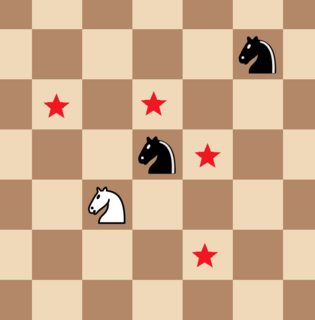 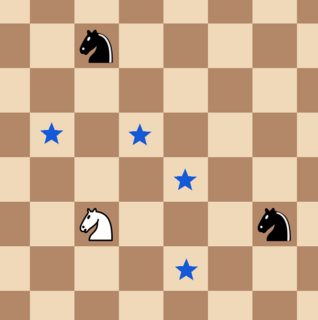 and so does this: 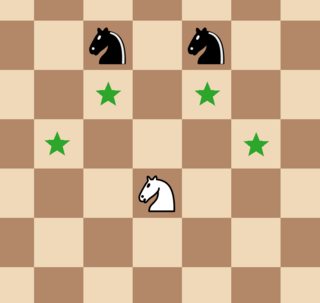 (These are not all of the "two-knight walls" that force a win, but this answer is getting needlessly repetitive already.)

Figuring out whether black can force white into one of these positions using only two knights is left as an exercise for the reader. With four knights, it's not much of an exercise.

Note: The question was originally set on a 9x9 board. I posted an answer before noticing the change to 11x11. Presented here is an improved solution for the 9x9 board. While this does not directly answer the question in its current form, it should provide insight into larger boards and confirm the result that Bass gives:

With four knights, black can easily corner and capture the white knight in a finite number of moves.

In the following diagrams, W is the white knight, B is a black knight, o is a safe move for white, and x is an immediate loss for white.

Black can capture the white knight on turn three. There is no way for white to avoid this. (Except by being captured on turn two)

Not the answer you're looking for? Browse other questions tagged combinatorics chess game-theory knight-moves or ask your own question.

11
A knight chased by three knights