If I place all the numbers from 1 to 9 in a 3x3 grid and I add the products of each row and column, then what is the minimal and the maximal sum? 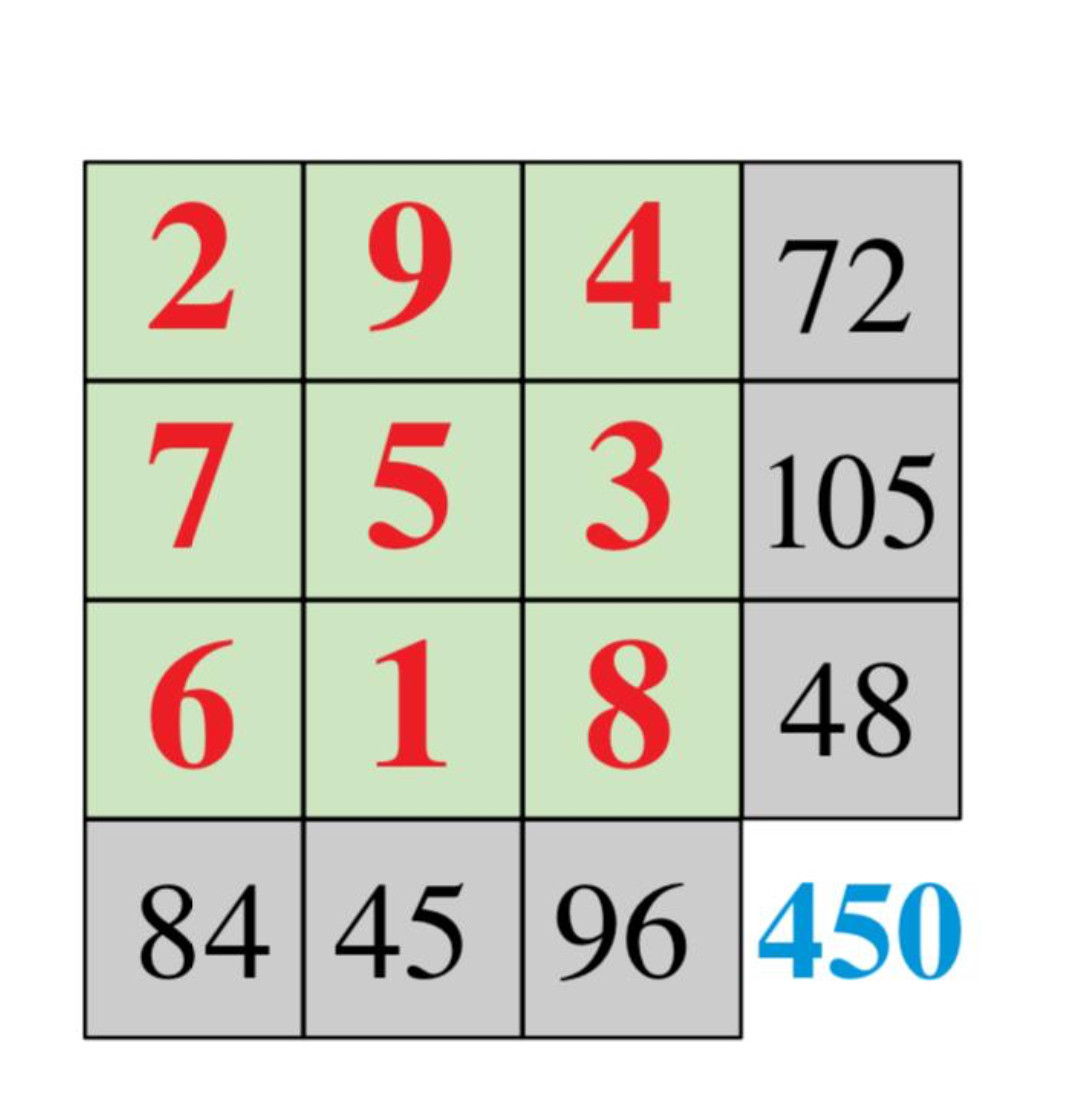 For example, the sum is 450 on the picture above

no-computers grid-deduction sudoku
Share
Improve this question
edited May 27 '20 at 17:49

For the maximum sum, I saw SteveV's answer and noticed that he wasn't

combining the highest numbers with nine. I messed around in a table and found a way that also combines 5 and 6 with nine, not just eight and seven because they will make a higher number than 3 and 6 when multiplied.

With that in mind, I came up with a new solution.

For the minimum sum,

I realized that you should just try and get the lowest by putting all the big numbers with small numbers when possible and the rest of the time putting them with one to minimize products. The way I did this is by putting one in the middle and having the rest of the small numbers in the corners so the only times that a big number would be in the same row or column as another big number when there was also a one in the row or column.

Here is my solution for the minimum sum

I think this may be maximum

But i provide no proof, just

Not the answer you're looking for? Browse other questions tagged no-computers grid-deduction sudoku or ask your own question.

15
Sum in A Sudoku
15
Tetromino Sudoku
3
Take out one Third..Keep Two Third..To Total Ten
13
Sandwich Sudoku: First 12 digits of pi
15
Kropki Sudoku – Sudoku based on the relation between neighbouring numbers
19
Tic tac toe - Sudoku: A variation in which the centre box defines the layout of the other boxes
25
A Minesweeper Sudoku
2
Suko-kulink (Sudoku, Suko and Slitherlink tri-brid)