Where were we supposed to go?

This puzzle will tell you where my family were supposed to travel to this summer, had it not been for the Covid-19 outbreak.

Can you tell me where? 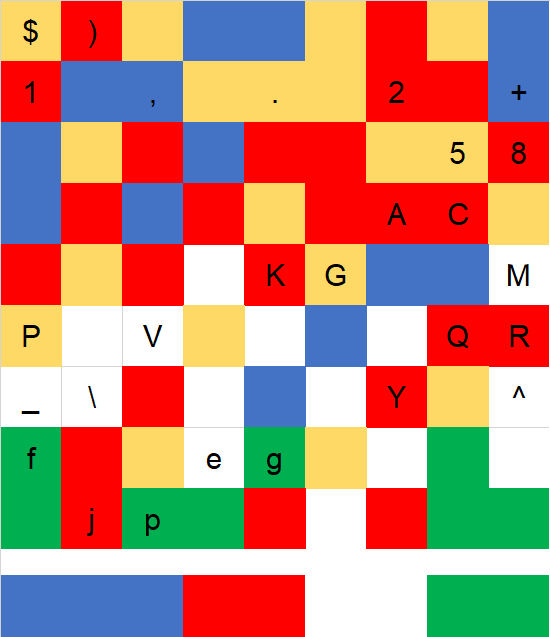 Following up on @sarsaparilla's answer:

The sudoku is simply the repeated sum of the digits, or modulo 9, and then solve the sudoku.

Reverse engineering it back to the original form (and not worrying about exact colors and fonts, I get: 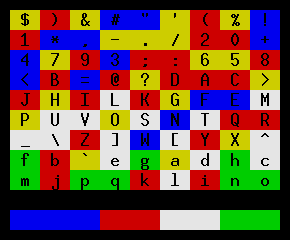 Like @sarsaparilla, I don't know what to make of the colors.

I do note that the colors seem to change as we go down. And that yellow never appears in the (probable) answer line.

Edit: Per request, the "solved" grid: 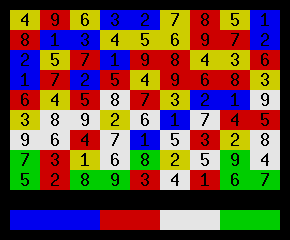 Note that in doing so, I have assumed the characters in the original grid are space + (row number - 1) * 9 + sudoku character. This makes "!" be "1", but doesn't quite match my earlier description.

Edit: an observation about the bottom colors and the rows.

Further, it turns out if we sort the rows by the number, we get: 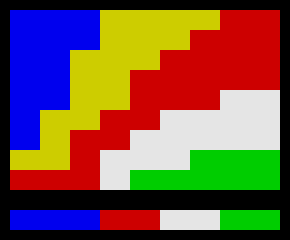 I don't know if this means something.

this resembles the Seychelles flag

an island or town name somehow?

Very partial answer, but hopefully a first step in solving this puzzle.

Seeing the properties of the drawn grid, my first hunch is that we might be looking at a

This is excluding the line of 9 colored boxes at the bottom,

presumably that is where the final answer should be written once the sudoku is solved.

Furthermore, I noticed that

we may have to search for some properties of the characters which allows them to be filled in (sudoku-style) on the same horizontal and vertical line and within the same 3x3 box. In this picture I replaced the original characters with their decimal ASCII-code: 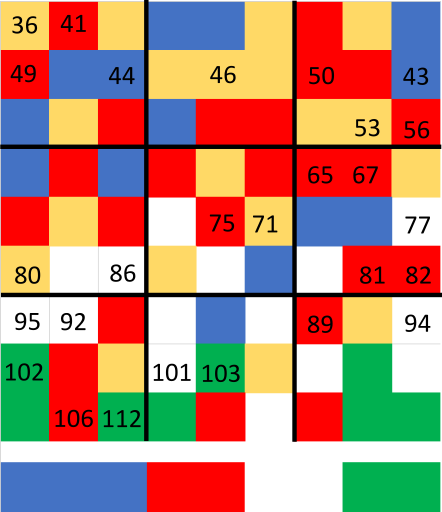 Though the numbers may not be ascending individually, on a row-to-row basis they are (albeit shuffled within a row).

This is what I have so far. What I haven't figured out yet is the significance of the colors.

Building off of David now: The solved grid is

Now notice that in each row,

9
Where on earth am I?
3
Where is my friend traveling to?
5
My Landmark Puzzle II
6
The Realm of Exchange War, Episode 1: The murder that started it all
13
What city am I supposed to be travelling to next?
19
Reversical Engineerimicating
18
Where am I supposed to be tonight?
12
Lunch with my travel agent
49
What was I supposed to do?