Black War Heroes or Whites Save the Queens?

White will never let such a disaster happen and prepare their defense.

White castle is built by white's women and men's hands. A billion endeavor for a single white case. A billion ingot for a single black case. Most tremendous labor in White's empire history resulting in 80 more cases.

White's empire also made the greatest academic investment, to bear the smartest researchers in all fields making ALL white Pawns and both Queens more powerful.

Now, each white pawns can kill an opponent on both top diagonals, as they always did, plus on both down diagonals making them 4 cases to threat. That's not all. Each white pawn is now equipped with a poison blade which revenge him and poisons his murderer and making him impossible to perform any move or attack for the next turn.

Ladies Queens have a special tunnel within the castle making them return to their initial case instantly after killing a Black piece.

Now, I must warn you. As your black right hand, the following is top secret.

Our best spies got white's castle's exact map to prepare our battle. 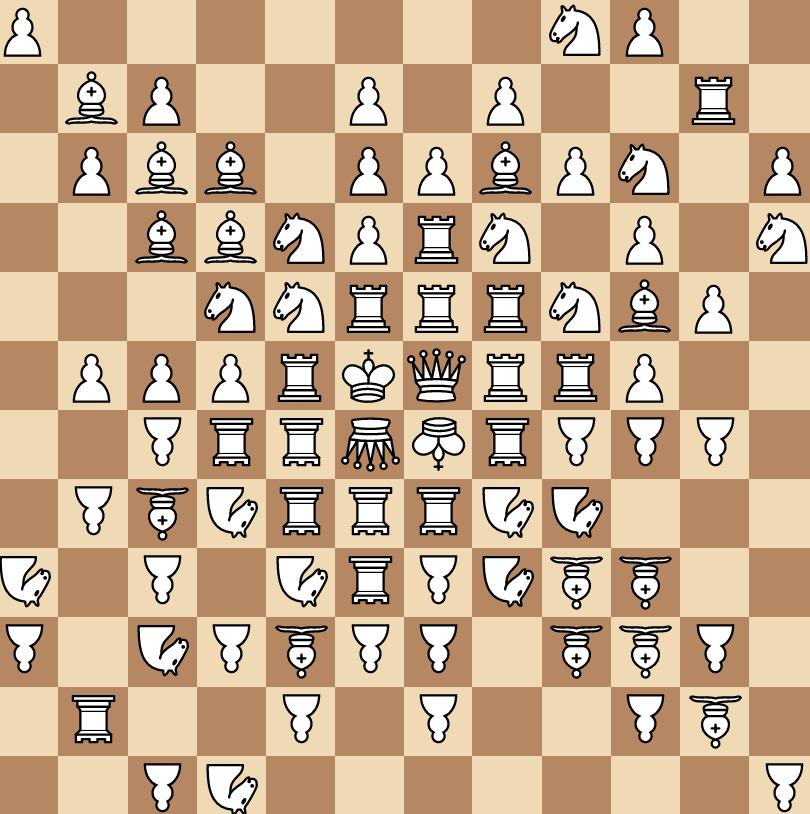 How our army attacks and would win

Do not hesitate to look for the small example at the puzzle's end.

We will only have $20$ moves before White's empire decide to make their alive queens escape. If exceeding 20 moves, battle is lost.

On each move we can place black knights or black bishops. All other pieces, towers, pawns, etc. stay in our castle to avoid counter attack. A black attacking piece can be placed on the check board on a case if and only if it is empty. At move $i\in N=\{1,2,3,...,20\}$ placing one piece costs $i$ units of gold. Example : if we decide to place 2 knights and 3 bishops on step $1$, that costs $5$ gold. 3 knigths on step 3 costs $9$ gold.

For each $i\in N$, we have to decide how many knights and bishops we will send on the battle field. After placing them, each black piece either moves or attacks any piece we choose.

Between each steps $i$, i.e. at most $19$ times, Whites defend according to the following rules:

Battle is won when both white queens are killed.

My +1 to all battle's victories. Selected answer is battle victory with most gold won

Here is a small example on a $3\times 3$ check-board with only one queen so you can understand the rules' spirit. 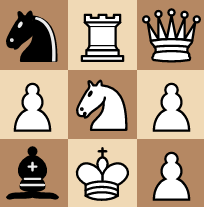 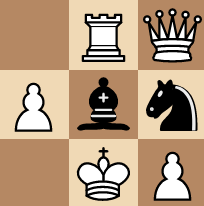 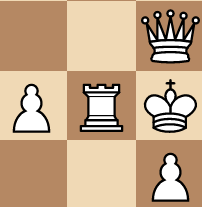 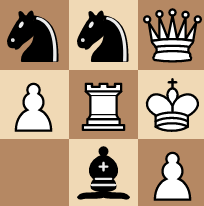 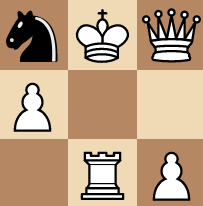 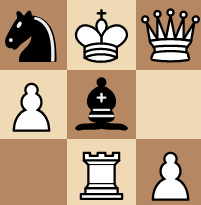 There will only be one Queen for this small example and battle is won when this White queen dies. First step costs $2$ golds for Blacks. One bishop and one knight.

Step 3. Final one because costs 3 golds and Blacks win

This section is made thanks to @Don Thousand's and AxiomaticSystem's correct answers. That's why I like Puzzling.SE, you can be so easily surprised by the efficiency of the community for any puzzle you'll create!

One hour before the battle day, black empire discovers every empty case on the battle field that was empty in the map we knew has a pawn in it, except all cases on the borders.

...Black War Heroes or Whites Save the Queens? 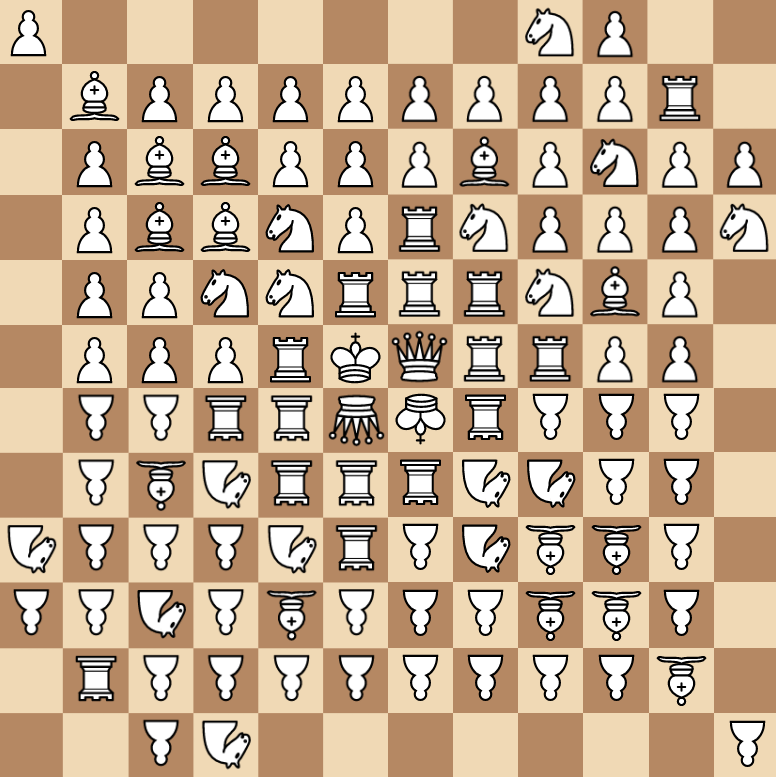 mathematics chess optimization checkerboard board-games
Share
Improve this question
edited May 15 '20 at 13:45
JKHA
asked May 14 '20 at 22:40

This answer seems too simple to be correct, so I'm probably misunderstanding some of the rules, but I claim that I can get

Black Turn 1: Place bishops on d4 and i9, and attack the rooks on e5 and h8
White Turn 1: e5 and h8 are only protected by rooks and queens, so rooks will defend. The bishop on e5 is captured by a rook from either f5 or e6 and the bishop on h8 is captured by a rook from either g8 or h7.
Black Turn 2: Place knights on the two squares that were just vacated by White's rooks. These attack the queens for victory. (f5/e6 threaten g7 and g8/h7 threaten f6)
Costs: Killing both queens nets 12000 gold. Killing them on step two loses me 400 gold, and placing two units on each of the first two turns costs another 6.

With this understanding of the rules, yes. Clearly, there is no way to kill either queen on turn 1, and both sacrifices are required in order to get close enough.

A variation, to distinguish from the other answer:

EDIT: Ah! A surprise! How will I get through these pawns?

Surprisingly, this attack can be accomplished in just $2$ moves! 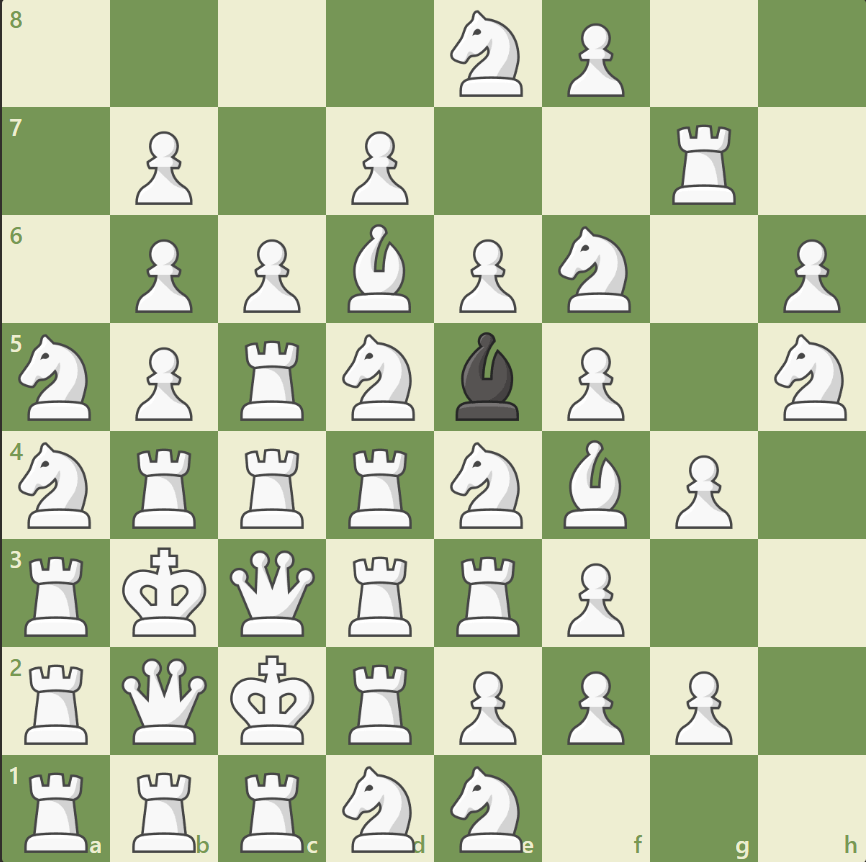 Note that this diagram only includes the top-right part of the castle, but there is a mirror image bishop on the other side of the rook barrier. Both bishops capture rooks. 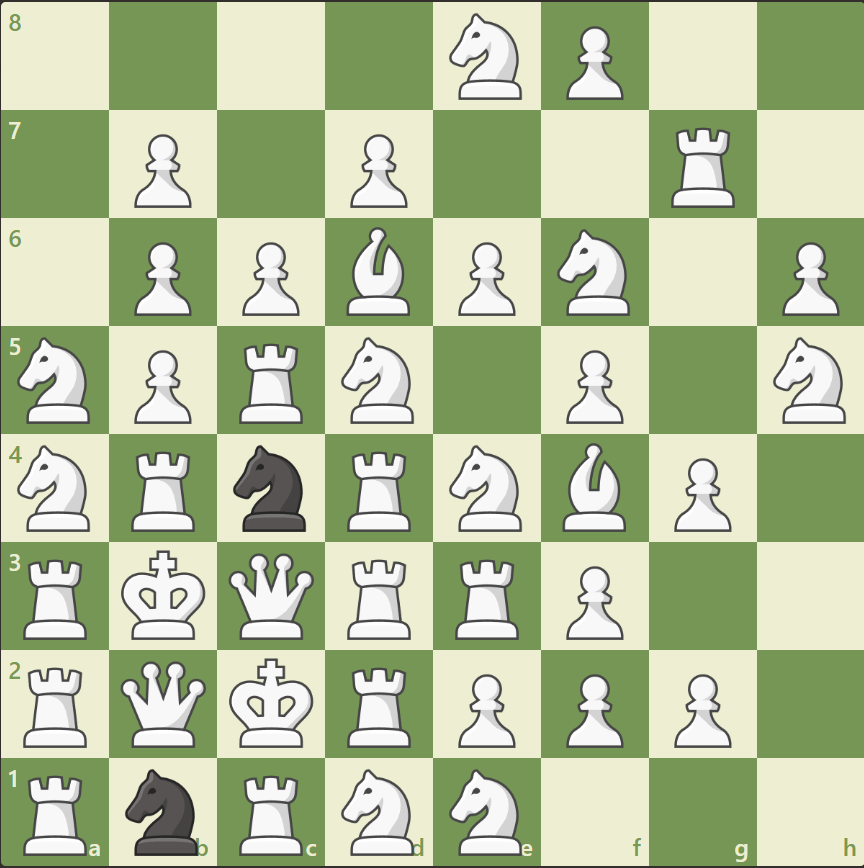 Since one of the rooks must capture the bishop since the king can't, the vacancy left by the rook can let knights directly attack the queen and finish the job.

It's easy to see that this attack can't be done in $1$ move, so the only way that a solution can beat this is if it can finish the attack in $2$ moves with a cost of less than $6$. I don't have a proof for why this isn't possible but it seems pretty unlikely.

Not the answer you're looking for? Browse other questions tagged mathematics chess optimization checkerboard board-games or ask your own question.

13
Save d'alar'cop by Helping Him Defuse The Bomb Placed By An Assassin
7
Queens on a Board with Two Players
8
Deliver a checkmate on a cylindrical chessboard with the least cumulative piece value
40
lolcatz can haz ur infinit cheeseboard
8
The ability-swap-circle chess
5
Conway's Game of Life... Chess Edition
5
Chess Massacre Variants-Play Find The Fastest Way?
13
Chess pieces attacking exactly once
9
Gentrification in Chessshire
6
Flat share share