How many ways to draw the figure without lifting pencil? [duplicate]

The rules are very simple ... 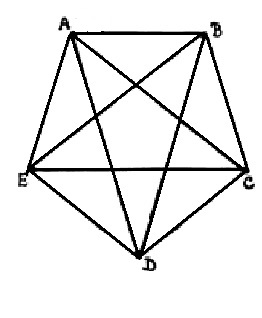 find the possible number of distinct eulerian paths that exist?

Edit 2: Even though the question has been closed as a duplicate, I thought for the sake of mathematics and posterity (and anyone happening to read this question and wonder why the accepted answer here is different to the accepted answer at the duplicate question - which is correct) I'd explain why @Galen's answer is off by a factor of $2$.

Initially (Edit 1) I assumed this was because @Galen's figure of $264$ did not count paths with the direction reversed separately, but this source makes it clear that $264$ is counting paths in the opposite direction twice (since they count $2$ paths in $K_3$).

This had me stumped for a while (especially since this answer uses a different method of counting by hand to mine and also arrives at $528$) until I realized that every Eulerian circuit in the graph 'passes through' $A$ twice so if we try to solve the problem by using the known number of Eulerian circuits, we need to count each one twice depending on which occurrence of $A$ in it we start at. For example, $ABCADBECDEA$, $AEDCEBDACBA$, $ADBECDEABCA$, and $ACBAEDCEBDA$ are four possible paths through the graph in the total of $528$ Eulerian paths starting and ending at $A$, but @Galen's method will only count two of them since the last $2$ can be obtained by shifting the first two sequences left to right.

Edit 1: The question has since been closed as a duplicate, but for the record, as it initially stood it appeared to ask for the number of directional paths. The answer here therefore is double the answer to the question as it stands.

It turns out we can solve this problem by hand. (While the fancy asymptotics may be useful for larger graphs, a five-vertex complete graph is simple enough to enumerate manually). I'll interpret the problem similarly to @Galen, because while I agree the OP's point $(2)$ is unclear, I think the only reasonable way to interpret their final sentence is to assume they were asking the following question:

How many ways are there of physically drawing the printed figure beginning at point $A$ and covering each edge exactly once?

which is equivalent to asking how many distinct paths through the graph there are beginning at $A$ and traversing every edge exactly once. This is an interesting question.

It turns out (unless I have made a mistake, which is possible), @Galen's enumeration of the Eulerian circuits is off by a factor of $2$ because in the physical example of drawing a picture, paths proceeding in the opposite direction are distinct. We can show the answer is:

by solving the problem by hand:

Note that due to symmetry, and the number of incident edges at each vertex being $4$, this is equivalent to finding a sequence of $11$ letters from $\{A,B,C,D,E\}$ beginning and ending with $A$ in which each letter (except $A$ which occurs thrice) occurs twice, and no subsequence $XY$ appears more than once in either direction (only one occurrence of either $XY$ or $YX$ for all $X,Y\in\{A,B,C,D,E\}$).

Our first option is to return to a point we have already touched. The only possible such point is $A$. Next, we have $2$ possible points we can go to, neither of which we have visited yet. Without loss of generality, choose $D$. Our sequence so far (which stands in for $4\times3\times2=24$ global possibilities) is $ABCAD$ without loss of generality. From this point on, the decision tree is simple to construct because of the constraints of the problem, and we can easily deduce that this point has $6$ valid branches (remaining points $BECDEA$, $BEDCEA$, $CEBDEA$, $CEDBEA$, $EBDCEA$, $ECDBEA$).

Thus the total number of possibilities is:

A graph of the decision tree is as follows, to aid in visualisation of the solutions:

The answer is 528, but I spend a few paragraphs considering Eulerian circuits.

the number of Eulerian circuits

for this 5-complete graph. If that's the case, we have to realize that this is not really a problem to readily be solved exactly by hand. If the OP will accept approximations, we can consider an asymptotic approach.

McKay and Robinson (1995) developed the following asymptotic formula that counts the paths described in the puzzle:

Now the counting formula has a variable $\epsilon$ representing error, for which I'll consider the extreme cases where $\epsilon = \pm \infty$. When I plug in $n=5$ with the chosen error bounds, I get:

which is to say that the answer is between

or even more simply

but to top it all off

Table 1 of this paper actually states that there are 264 Eulerian paths.

As @stiv pointed out in the comments of the original post, this puzzle is probably a duplicate of another puzzle. My original attempt assumes that the number of eulerian circuits is being asked for, however the duplicate illiminates a distinction between drawing and eulerian circuits Each line in such a circuit could have been drawn in one of two orders, and thus the correct answer is twice the value that I concluded above and therefore the correct answer is

5
How many different Paths exist in this journey?

7
Smallest number of matchsticks for a 3D structure with 6 matchsticks at each vertex
13
A Quote from what Movie?
5
The Unknown Prison of Unknown Size
17
Maximize the number of paths
0
What is the number of pattern locks possible for n × n grid?
13
Glory to Arstotzka—The Glorious Infinite Regiment
2
Different ways to go from one point to another
12
How many "mathletic" couples were having dinner at the table?
17
Efficient Mowing at PSE