We are looking for a 3-word phenomenon.

The title contains a hidden hint.

An operation needs to be applied to the countries comprising a flag.

The operation that Hint 2 refers to can be found with Hint 1.

Apply this operation on letters instead of numbers.

I think that the answer is:

First of all, it is necessary to identify all the countries in the images. (Thanks to the previous posters for identifying many of these.) The countries (and parts used) are:


The key is to now add each of the three countries found in each composite flag. This was hinted at in the puzzle's title: a different design.

Assembling these into a grid: 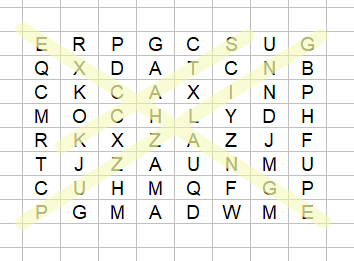 you can spot the words 'exchange' and 'puzzling' along the diagonals. 'stack' can also be found. This leads to the answer, "puzzling stack exchange".

Each flag seems to be

a combination of three national flags, usually bits of two put on top of a third one.

This one is a puzzle. I couldn't find either a blue moon or a yellow trident in that shape on any national flag (an old flag of the Islamic Republic of East Turkestan had a blue moon, but that's hardly a recognised independent country, and the flag of Barbados has a trident but not a yellow one). The background (red, white, green) might be Hungary.

The sun and diagonal from the flag of Namibia, the blue/black/white of Estonia, and the stripes and star of the flag of Cameroon.