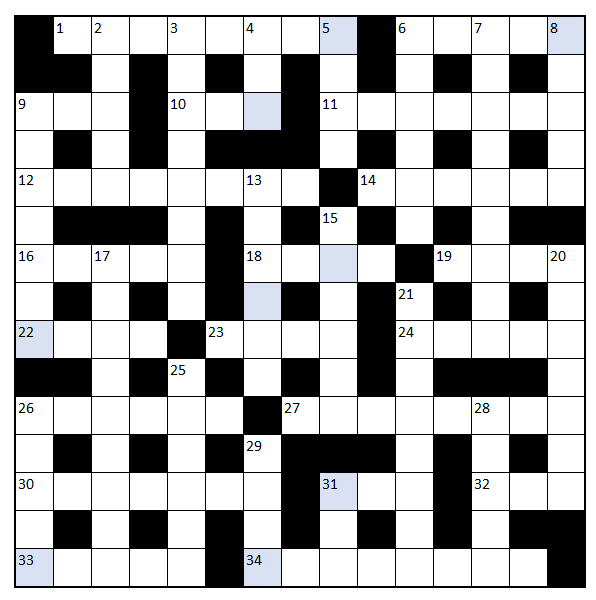 The nine highlighted cells contain multiple letters: two or more letters from the down clue, and two or more letters from the across clue (where applicable). The letters in each of these cells anagram to a character that belongs to a certain group. Furthermore, nine clues contain an extra word – these words together form a cryptic clue for the group's name, which is the final answer (19 letters, four words).

knowledge anagram cryptic-crosswords
Share
Improve this question
edited May 10 '20 at 5:03 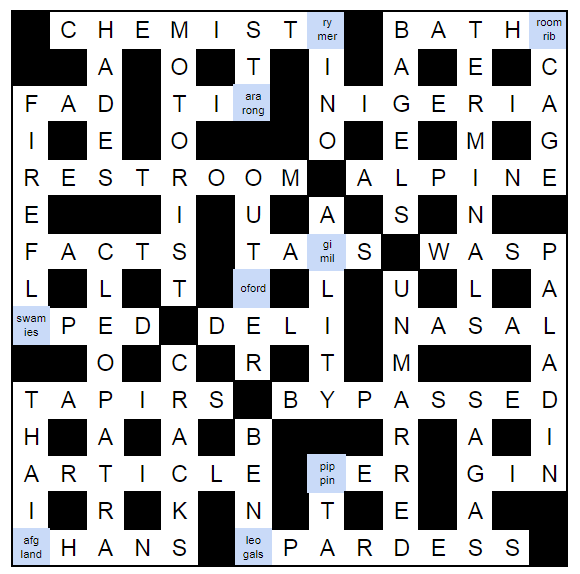 And the "group" is

Their name as a group is cryptically clued by the nine extra words:
"guy's body part facing old loud horror film group". This is a charade clue for FELLOW'S + HIP + O + F + THE RING, making FELLOWSHIP OF THE RING!

Sorry, only solved one clue.

Partially$\rightarrow$helP A LAD INjure a knight

Not the answer you're looking for? Browse other questions tagged knowledge anagram cryptic-crosswords or ask your own question.