A friend of mine thent me thith note. He'th a little bit thy and often preferth to thend a metthage rather than thay thomething in perthon, even if it'th quite thort, and thometimeth amutheth himthelf by putting it in the form of a putthle. I honethtly have no idea what to make of thith one though, although from what he thaid when he gave it to me, I think one of the lineth on the left ith encrypted quite thimply, uthing a different technique to the otherth. I've pothted it here, in cathe any of the brilliant putthlerth on thith thite can help me with it. What ith he trying to thay? 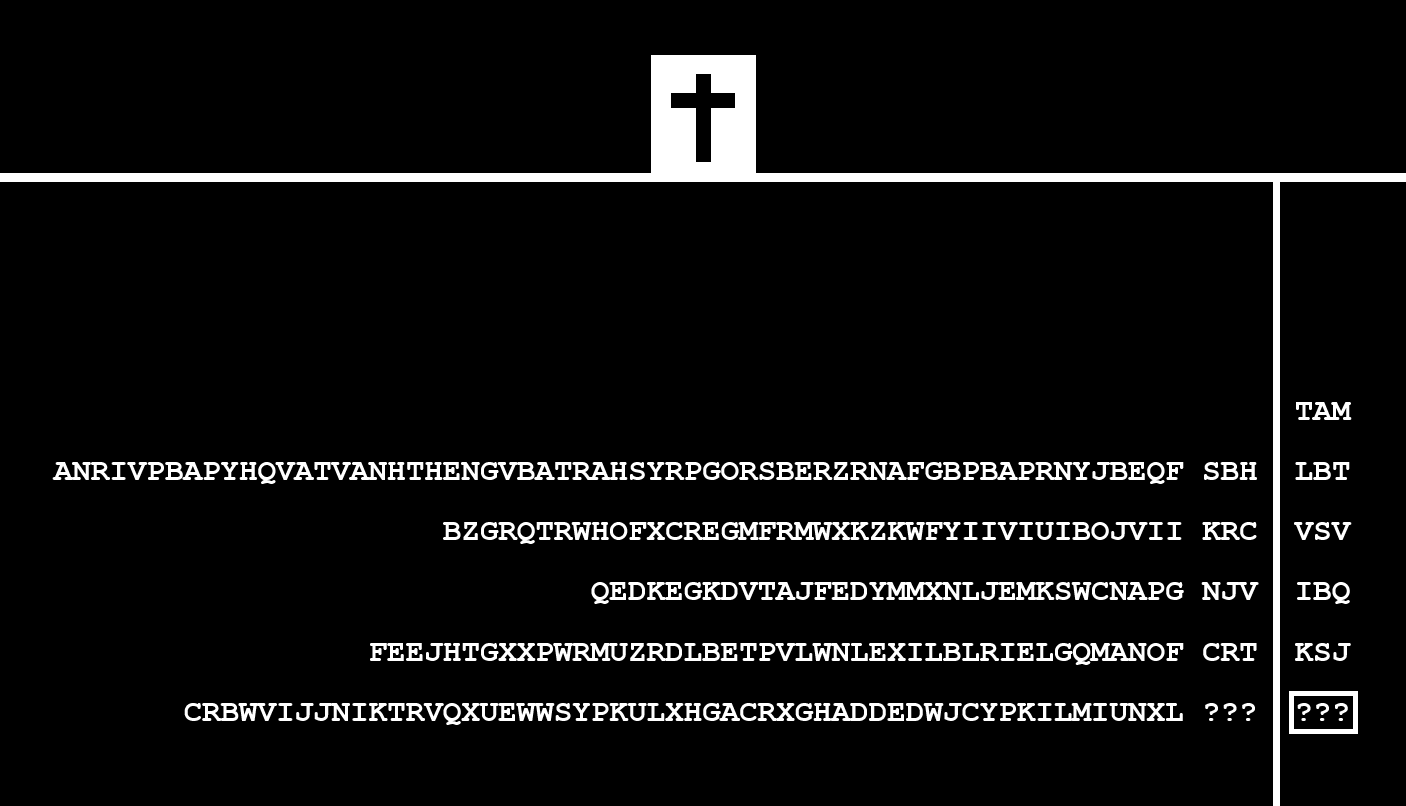 Hint: I'm not sure whether anyone's working on this, and if so where they're stuck, so I'll begin with a basic hint in case anyone wants to give it a crack...

Spoiler alert: The first line on the left should be trivial to decode (practically at sight) for anyone who's spent time on this site.

The answer to that first line on the left is a word that should also be very familiar to most regular users of this site.

Feel free to post partial answers, as there's a few little steps to this puzzle.

Hint 2: Since there was some interest in this puzzle, but there's been no progress in about a month, I thought I'd post a little hint in case anyone is still interested...

@Stiv and @LukasRotter have made significant progress here. They have found solutions to the first four lines which read:

@Stiv has also discovered the historical figures to whom each line refers. The obvious next task then is to discover the source of the three letter combinations (FOU, GMO, CDJ, JPQ), so that the ??? triplet can be deduced. The presentation of the puzzle might be useful here...
Another task that can be worked on separately is to find how the rightmost triplets (TAM, LBT, VSV, IBQ, KSJ) fit into the rest of the puzzle, so that the boxed triplet ??? can be deduced.

A partial answer but with excellent progress, thanks in part to insights from @LukasRotter

This line of text is encoded using:

a cryptic clue of sorts. Specifically, if we take the last ('concluding') letters of NAEVI and the starting ('inauguration') letters of GENUFLECT, then add the word ERE, which in poetry means 'before', then we produce something which is a 'means to conceal words' - i.e. it points towards the VIGENÈRE cipher.

This line of the puzzle is encoded using the cipher indicated by decoding line 1, so now we need to identify a key. In my first answer posting I initially posted some findings of my early attempts to find such a thing. One of my observations enabled @LukasRotter to make a breakthrough in comments (reproduced here with thanks):

Initially I found that if we attempt to decode this using the key 'VIGENERE' we produce the 'plaintext' GRANDPASMGZTPNNCRXLIJTTVPOZUVEEEZAVKWRRE, which appears to begin with the real word GRANDPAS, suggesting we may be on to something. Lukas then noticed that if we also included the triplet 'SBH' at the end of line 1 before decoding with rot-13, this resulted in the triplet 'FOU'. If we attach this to the end of our key and decode line 2 using the key 'VIGENEREFOU' we do produce some output in the form of a series of English words, which once spaces are added spells out:
GRANDPAS CALCULATION HID PRESSURE QUANTIFIER [GMO]

another cryptic clue, which results in the answer PASCAL, since 'GRANDPAS CALCULATION' hides the letter sequence 'PASCAL', which is the name of a scientific unit of pressure. This suggests that the key for the next line will be 'PASCALGMO', where GMO is the decoding of the 'KRC' triplet.

This decodes as follows:

It's another Vigenere cipher, this time requiring the key 'PASCALGMO' as found above. The resulting plaintext is:
BELIEVER HEARD ESSAY IN THE BEGINNING [CDJ]

another cryptic clue! The definition is BELIEVER. 'HEARD ESSAY' gives S A ('ess ay' when read aloud, i.e. 'heard'), which needs to be followed by IN and T (being the beginning of 'THE'). The answer is thus SAINT and our keyword for the next line is 'SAINTCDJ'...

This decodes in similar fashion:

It's another Vigenere cipher, using key 'SAINTCDJ' and reveals the plaintext:
NEW WORD OF POETS WILL TRANSCEND REGISTRARS ENDINGS [JPQ]

By now, you should recognise what you're looking at here...

Another cryptic clue, of course. A bit of an obscure one, but @LukasRotter spotted in comments that this could result in the answer CENDRARS, referring to the surname adopted by the poet Blaise Cendrars. (Obtain this from the endings of TRANSCEND REGISTRARS...) Couple this with 'JPQ' to gain the key 'CENDRARSJPQ' for the final line...

Decode this line as per the others...

a cryptic clue, which results in the answer GISBERT, which is a name meaning 'bright pledge', a synonym of 'vivid vow'. Here, 'A (musical) NOTE' is G, then we have IS and 'HIGH PITCHED' is 'TREBLE' - if this word were unending it would be 'TREB', then returning (reversing) it gives us BERT.

The first thing to notice is doubtless that there is a connection between all the keywords we have discovered so far (even mentioned at one point!). Each of our keywords...

can be paired with BLAISE to make the name of a famous person:

So what do we with this knowledge? A couple of thoughts:

- Possibly we are supposed to use 'BLA' and 'ISE' to complete the two sets of question marks at the bottom of the puzzle...

- Possibly the lisp comes into it here and the letters 'BLAITHE' (substituting the 'S' with 'TH') becomes important...

- And we also have to deal with the presentation of the piece, notably the cross at the top of the puzzle...

A little more thought required, but possibly almost there...

Not the answer you're looking for? Browse other questions tagged word knowledge enigmatic-puzzle cipher cryptic-clues or ask your own question.

21
What is the cipher behind this circular cyphertext?
42
Lepidopterology needed!
9
Note Masher? Oarsmen?
14
Another Only Connect Wall
70
Miniature Puzzle
81
My God, it's full of stars!
23
The Great Escape: Room 1
5
Riddle Number Seven
39
Ridiculous problem from an old maths textbook
18
NASA analyzing message from space