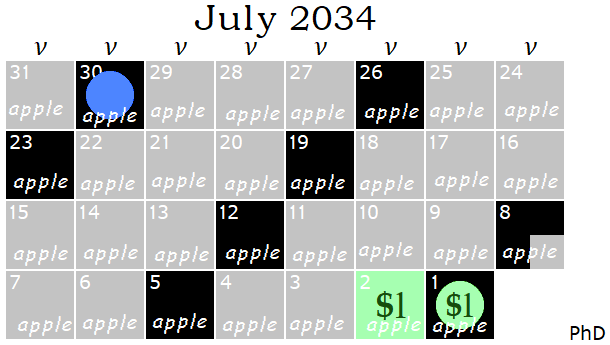 This calendar page contains all the rebuses you’ll need to help prepare for July, 2034.

What are these rebuses and why is July, 2034, the soonest month that can convey rebuses 5, 6 and 7 in Alaska on one calendar page?

Late addition (not required for a  ✓ correct solution) thanks to Damila’s solution:

Hint for #4, the picture that accompanies the meme: 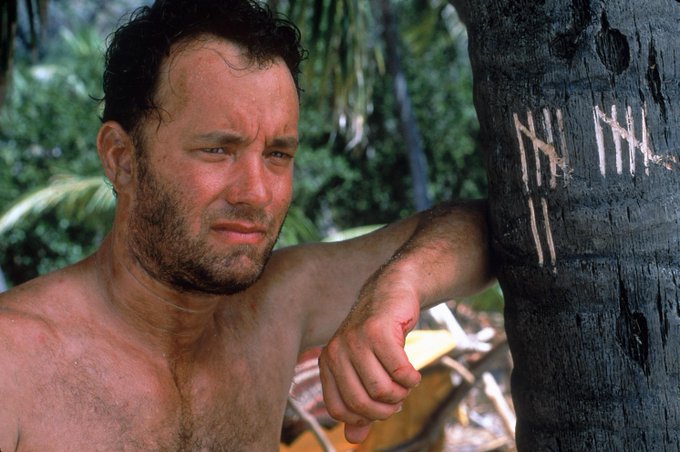 Credit Scratch---Cat for leading the way with Calendar Rebuses.

Every Day Is a New (nu) Day (song title, album, and lyrics)

Additionally, 8 days a week by the Beatles. [@JMP]

Get the Third Degree (?) (PhD is called "third degree" in some languages)

V-Day (?) or Black Friday (although other days are also black)

July 2034, the soonest month that can convey rebuses 5, 6 and 7 in Alaska on one calendar page because

It is the soonest there will be two full moons (the second being a Blue Moon) in July. July is necessary since Buck Moons and 4th of July only occur in July. 4th of July is a United States holiday so it would happen in Alaska.

8 days a week by the Beatles.

If I Could Turn Back Time (by Cher)

One of these is

Once in a blue moon Explanation: 2 full moons and the second is blue.

Another day, another dollar

Counting down the days ?