I posted a few Dominosa puzzles this week to celebrate adding Dominosa to my Donimoes collection of domino puzzles and games. Now, I want to finish the week with something a little different.

What false claim is on this box? How do you know? 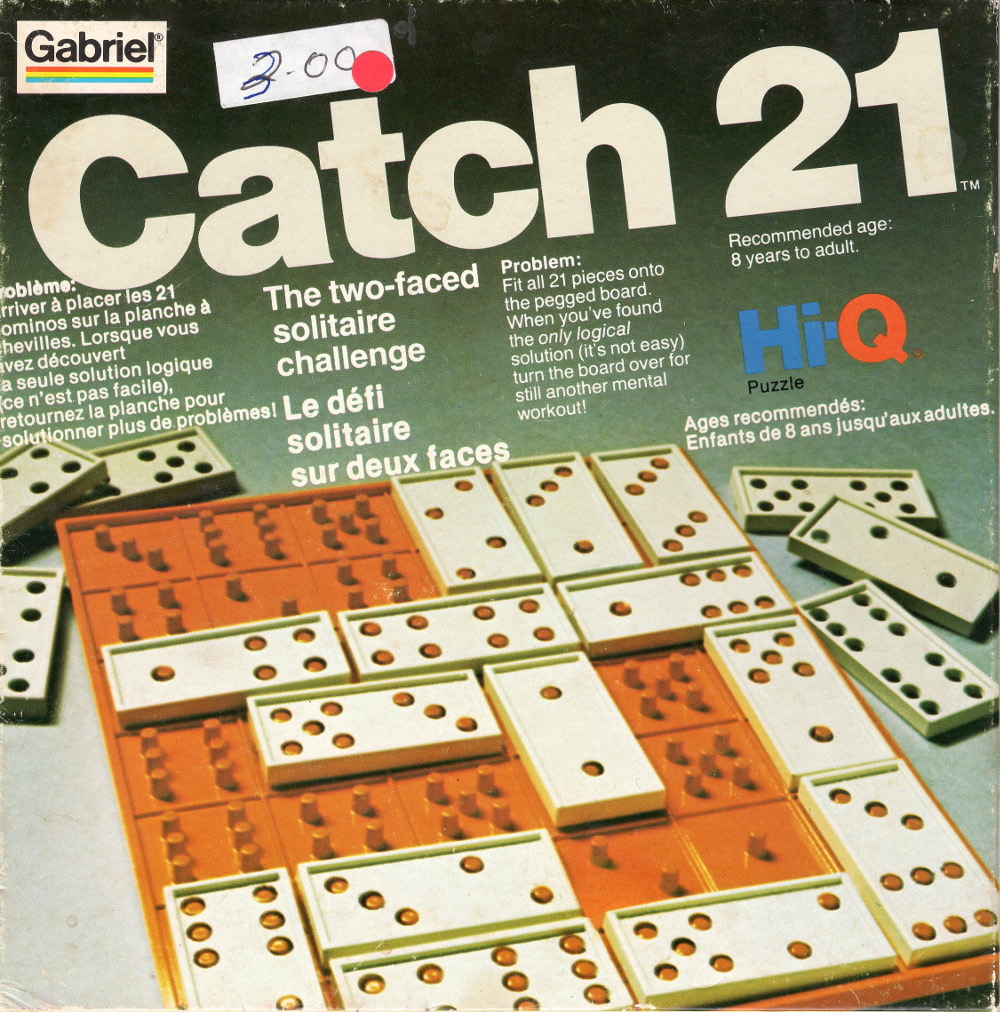 grid-deduction real dominoes
Share
Improve this question
edited May 2, 2020 at 22:47

That there is only one logical solution (see the paragraph beneath the large 'h').

If you look at the 1-5 domino on the right-hand edge it is beside a space for a 5-5 domino. Since the spare pieces around the edge appear to fill all missing spaces (albeit with either the 2-4 or 3-4 out of shot and unseen) the 1-5 is in a valid position. BUT if you rotate this domino 90 degrees it will still fit into the solution, and still have a space beside it for the 5-5 - a second logically sound solution!

Extended answer: Furthermore, as @LannyStrack points out in comments:

The square of 1-3 and 3-3 dominoes in the top right corner also has two valid arrangements.

In fact, if we play this game for real and begin placing dominoes on the empty board (noting that the unseen bottom left corner must be a 2 since all numbers should appear exactly 7 times) we end up able to place all dominoes in a unique configuration except for these 4 pairs of dominoes. This means there are 2^4 = 16 different solutions when you consider all permutations of these 4 ambiguities. One logical solution indeed!

Explanation of logic for deducing points in the spoiler block above:

It's initially tricky to find an 'in' to this puzzle, as each of the 21 dominoes appears in two or more places. The trick is to note that the 6-6 tile must lie on the left-hand side, and must involve the middle of the three 6's. This means it cannot be used as part of a 4-6 domino with the 4 to its right; this leaves only one possible position for the 4-6 domino (bottom row). Placing this domino automatically resolves both the 2-6 and the 6-6.

We can now place each of the 4-4 and 1-1 tiles in their only remaining legal position. Trying to do the same for the 2-2 domino reveals two potential positions for it (top of column 4 & middle of row 6). However, note that the row 6 option would divide the bottom unsolved section into two separate areas of size 5 and 7 - it would be impossible to fit dominoes in these perfectly (since by their nature we always require an even number). Therefore, the 2-2 goes in column 4. This now leaves one legal position for the 2-3 domino (row 6).

Finally then, we arrive at a position where no more logical deductions are possible, and we are left with the 4 pairs of ambiguous dominoes previously stated in this answer.

Not the answer you're looking for? Browse other questions tagged grid-deduction real dominoes or ask your own question.