Weird song from liner notes of a broken CD

Grandpa Bob liked to think he was a rockstar. He also loved to play that play-a-song-and-guess-the-name game. Known outside the family exclusively as Mr Deau, the weirdest thing he left behind when he died was a self-recorded album on CD. I can't seem to get the CD to play - all I have is the liner notes, with what I assume are the lyrics for one track on each page, along with some art.

One of the pages is weird. I've scanned it and put it here. If you ask me, the lyrics seem practically meaningless, but I feel that if I could only hear Grandpa's recording, with the pitchless cacophony that was his voice singing to the beat, I might be able to figure out the song's name at least, if not its meaning. I wouldn't be surprised if the old fella stuck his own name in there too, somehow.

So I ask you, please, to help me. Can you get the CD to play this track, and tell me what is the name of this song? 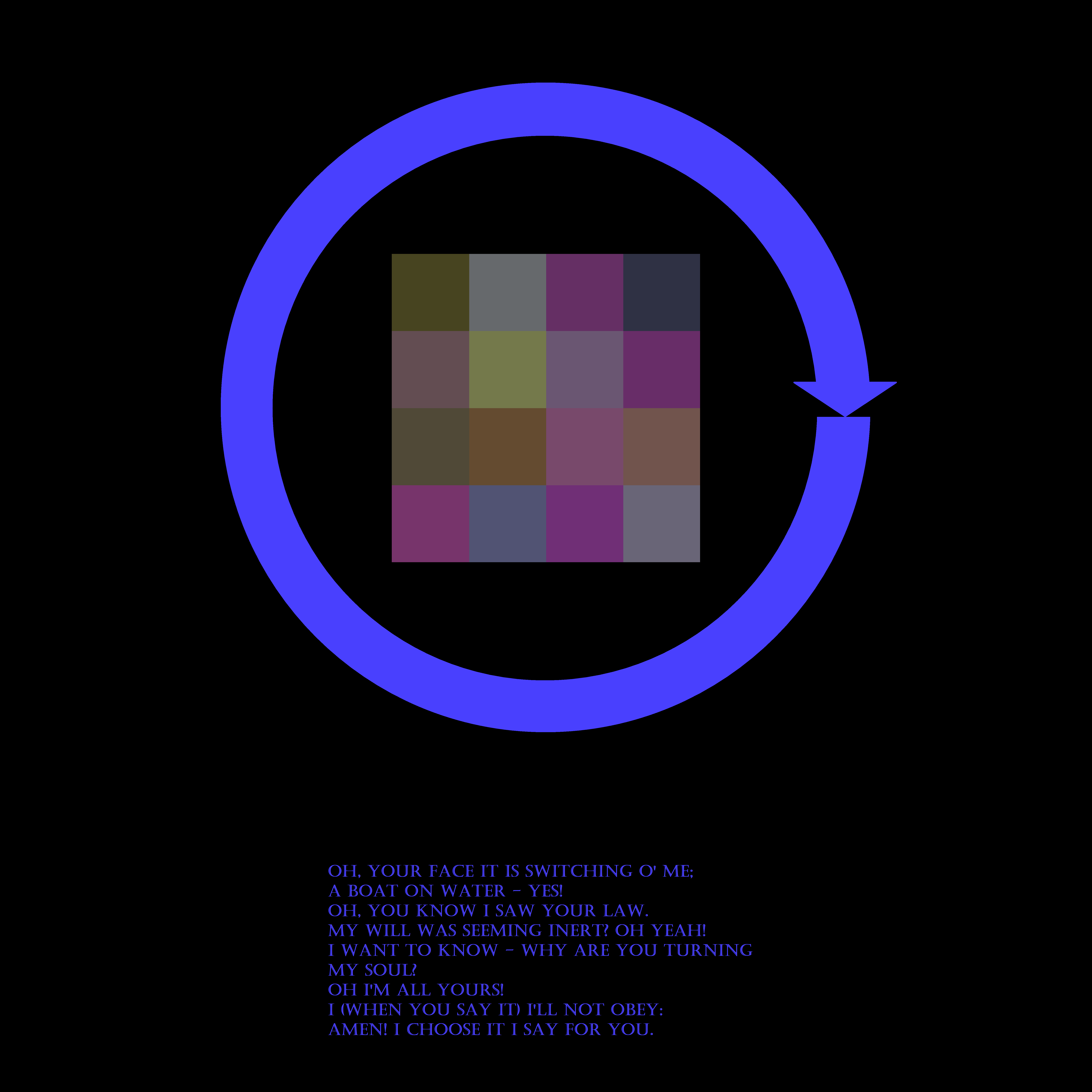 One of Grandpa Bob's old friends was one of those 'rock music is evil' conspiracy theorists. Bob thought he was a loon, but reckoned he got some inspiration from his ideas sometimes.

As a side note, guessing from the genes I inherited from him, I don't think Grandpa Bob was blessed with great singing ability. I'm sure he did his best at making this track, but for all his efforts he did make some mistakes - if you figure out the crux of the puzzle, don't second guess yourself by getting too hung up on vocal inaccuracies. They are not where the solution to the puzzle lies.

Among Grandpa Bob's possessions when he died, we found a number of records, including the Beatles' White Album and their single Paperback Writer, Pink Floyd's album The Wall, and "Weird Al" Yankovic's Bad Hair Day.

Some astute puzzlers (especially @LannyStrack) have analysed this interesting track to the point of realizing that Grandpa's vocals sound (as far as he could manage with his limited singing ability) the same played forwards or backwards, making the song an audible palindrome. I'm convinced he did this for a reason, perhaps to show us how to look for meaning in the strange song. I can't help but notice also that all analysis hitherto has focused on his vocals, leaving half the contents of the track by the wayside. Perhaps Grandpa's palindromic vocals merely hint towards an analysis of the rest of the song...

Partial answer - got the CD to play!

Taking the hexadecimal value of all the colours using a colour picker, we get the following string:

The GD stands for google drive. Going to 'https://docs.google.com/file/d/1DcMRtyKjVrh-hPI7dK0xIkqTMw4kQSsp/view' we get an MP3 recording, called 'What is the title of this song.mp3', of what I assume is the song. The lyrics are the same as the lyrics underneath in the picture.

It seems to be a Granpa Bob self made song, so I'm not sure where to go next. There must more hidden in the lyrics...

As @LannyStrack and @sarsaparilla have noticed, if you play the song backwards, the lyrics sound the same. This makes the song palindromic, but this apparently is at most a pointer for the next step.

Not the answer you're looking for? Browse other questions tagged word knowledge enigmatic-puzzle cipher visual or ask your own question.

8
Can anyone help me remember the title to this song?
18
Questions about grandpa (with chess puzzle clue)
3
Decode Bob's Friend's Code
6
Alternative lyrics
11
Retroprophetic mondegreens
3
Where did this mysterious note come from?
7
It's a long row ahead, boys
13
3 = 6 ? Another non math question. Another Grandpa Mystery
14
What on earth is Grandpa talking about?