We are looking for an idiom. 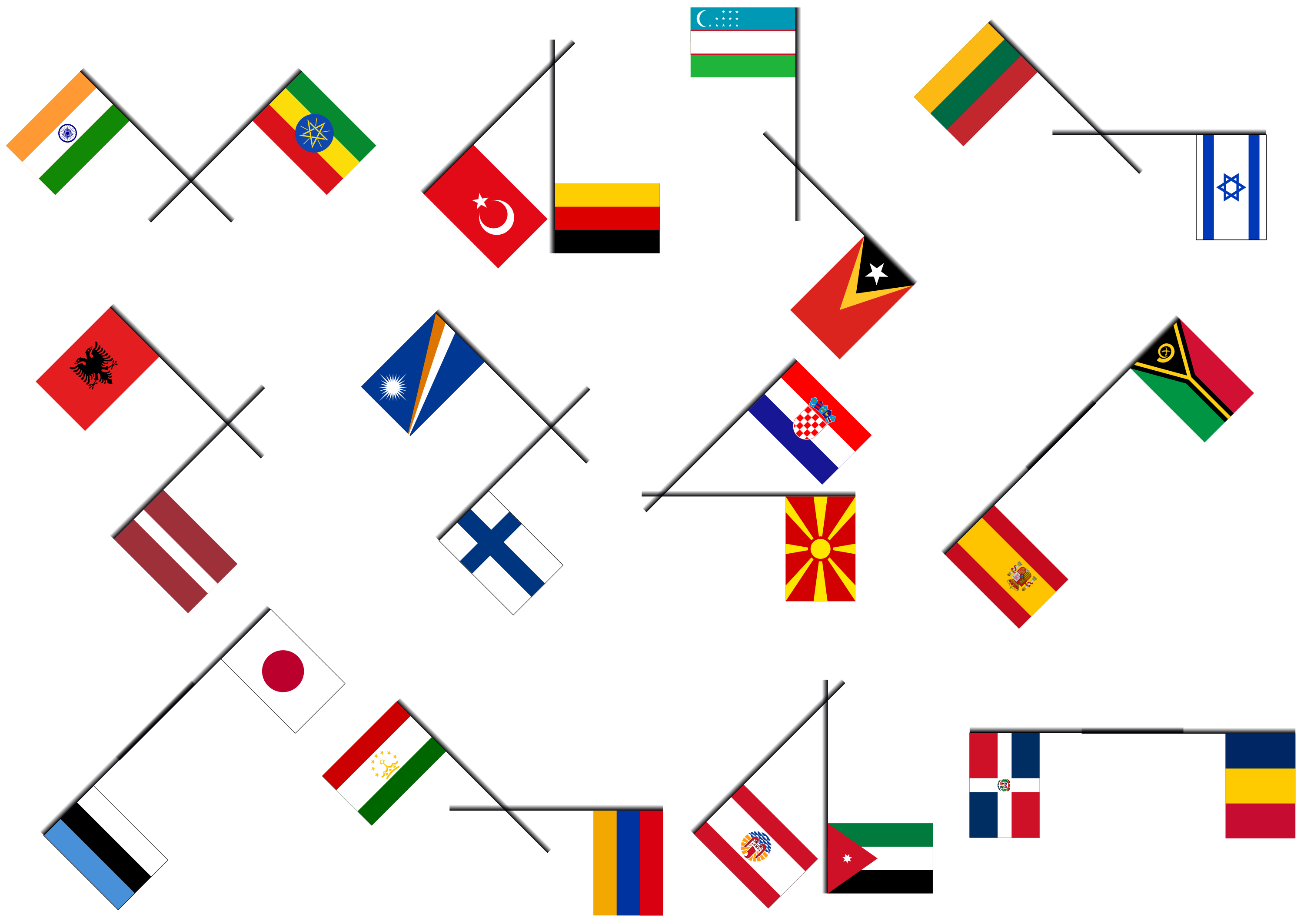 The puzzle contains two strings of information. Finding one helps decrypt the other.

I think I got it. The idiom we are looking for is:

@eyl327 already decrypted the semaphore part in one of the above comments. Together, the letters spell UAVYIIWLLYAR.

@eyl327 and @Stiv also found out the country names. The last one happens to be Chad, not Romania.

This is confirmed by comparing the RGB values of the red part of the flag in OP's image, to the red parts of the flags of Romania and Chad (flag images from Wikipedia were used.)

The second hint implies that

We have to look for the endonyms of each country in OP's image. (An endonym is the name of a country in the native language of that country.)

Doing this for each pair of countries gives

Taking the first letters and putting them together gives

BITDOTLYSLASHSEVENTHPART.
This is a link! Going to bit.ly/seventhpart gives us text that says:

Taking this and the first hint, it seems that we do need to use

the Vigenere cipher to decrypt.

And what do we decrypt? Well, there's one string discovered from the start, which was UAVYIIWLLYAR. And we have the key (DANGERSIGNAL) as well!

Using the Vigenere cipher, decrypting the former string using the latter string as the key, we get the final answer above, RAISEREDFLAG.