Mensa question 29: 1-3 black or white boxes on either side of a vertical line 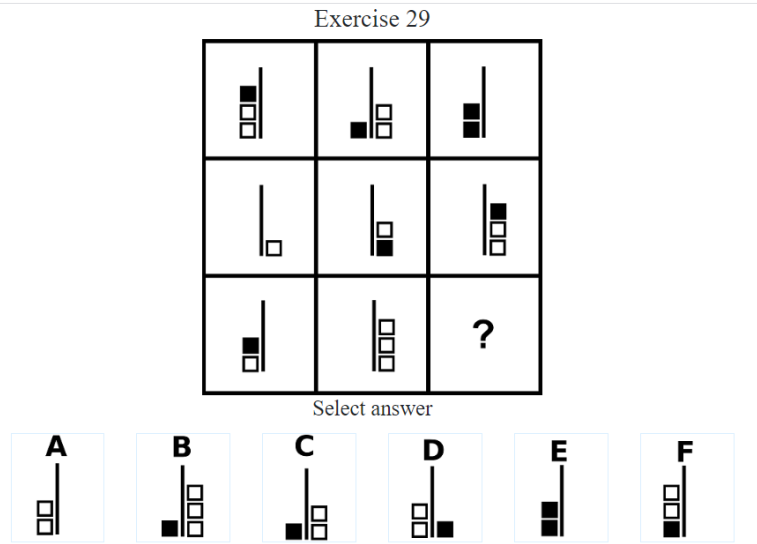 Anyone happen to know how this works? We can't decide whether to go top down or left to right.

If we treat each bar divised group as a number, with left side as positive and right side as negative value, then:
First cell "plus" second cell equals third cell -> black squares on left are added while two white squares on left and right nullify each other.
This is also true for first row "plus" second row equals third row.
The last cell is thus
Horizontally: 1B 1W | 0 "plus" 0 | 3W = 1B | 2W
Black white "plus" negative three white. Black remains, one white gets nullified, two whites remaining on right side, giving "Black | 2 white"
Vertically: 2B | 0 "plus" 0 | 1B 2W = 1B | 2W which is the same as horizontally.
Caveat: In all but one cell the Black square is always on top of white ones. Yet the middle cell has Black square underneath white. It could mean the order is also important here, but then I have no theory how it would work.

Not the answer you're looking for? Browse other questions tagged pattern progressive-matrix or ask your own question.