Here's an easy puzzle that should take you only five minutes to solve, inspired by my hallway. Most intuitive answer get the mark:

Mathematically impossible, as there are an even amount of switches that all need to be switched, and only an odd number of switches will lead to the light being off. As no number is both even and odd, it cannot be done mathematically.

That doesn’t mean the conditions can’t be met if we think laterally. 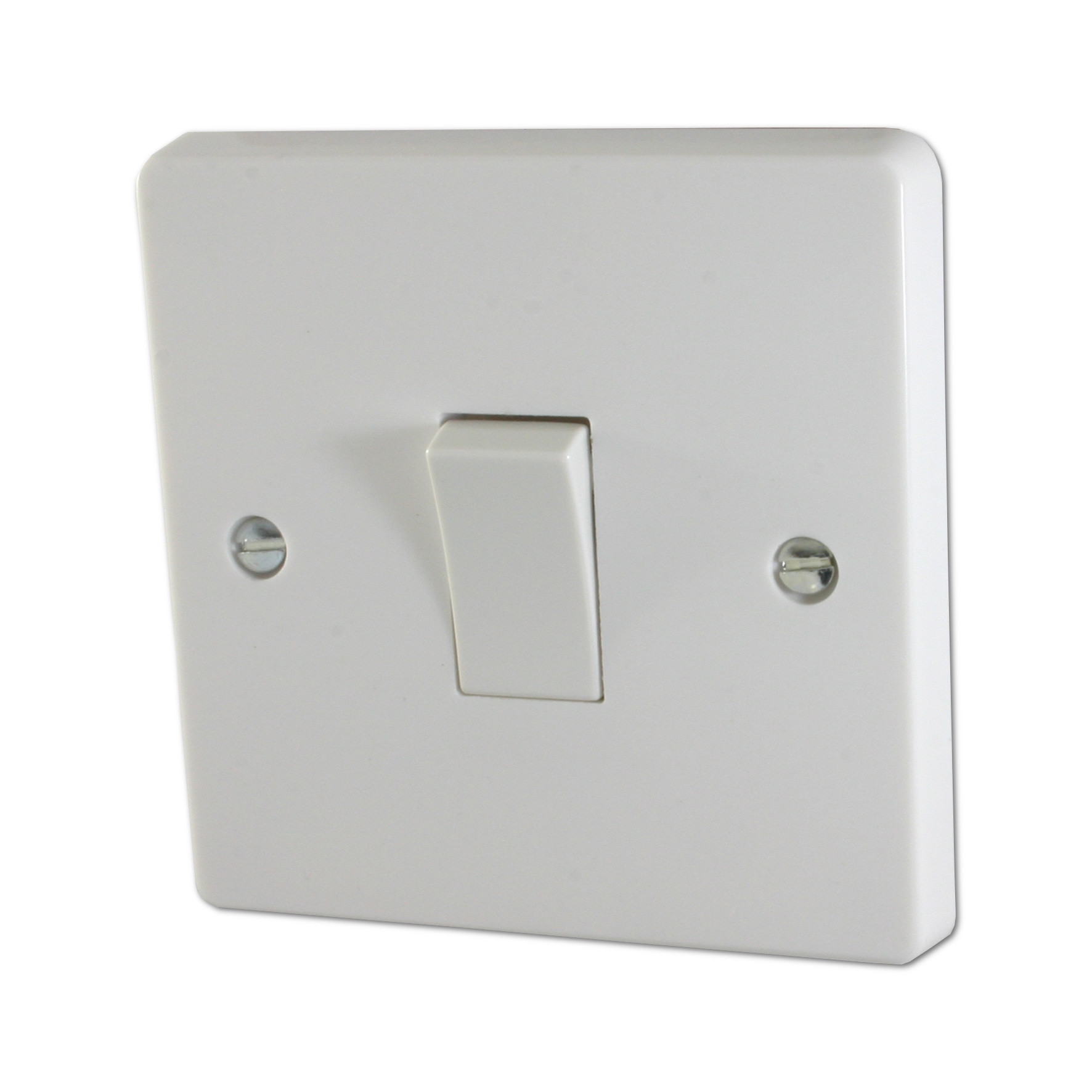 I believe that the most intuitive answer is that

...you turn the light off by disconnecting the bulb.

With Lateral Thinking I can do this by

Toggle 5 of the switches immediately off, and stop paying your electic bill. Wait right until you get a final notice from your electric company for not paying your bill, then toggle the final switch. Within a few days, the light will be off.

Not a legit answer since it's not definitive and not a "Puzzle" solution you can logic out, but...

6 switches is going to be difficult to implement in the same way they implement a 3-way. If you really HAD to do it with wires and multi-pole switches (6 pole two throw?), the switches would be quite expensive and rare and you'd be running a pretty big bundle of wires between them.

However a solution involving relays and/or software would be much more likely to be used in an implementation that big. It would probably trigger on edges rather than track the state of the switches.

Assuming the later implementation, I'd try flipping 2 at the exact same time to try to "Trick" the relay (or software) into firing only once and changing from even-on to odd-on.

Strictly speaking, it'll take an even number of changes to make all the switches DOWN so light will be on. But if it's allowed to operate multiple switches at the same time then you can turn first two switches DOWN at the same time. Light will be off and states will be 2 DOWN, 4 UP. After that you switch other 4 down one by one so that all the six are DOWN and light is still on.

You need rotary light switches with 3 or 4 positions for ON/OFF (https://i.stack.imgur.com/m8gtF.jpg)

Not the answer you're looking for? Browse other questions tagged mathematics lateral-thinking strategy or ask your own question.

6
Lights in the theatre
9
Christmas light horror story!
15
Ernie and the Optical Gyroscopes
41
Amnesiac in a ring shaped palace
10
How to rephrase this puzzle about a meditating monk and incense
7
Turning a fan on
3
The combinational switching lights