One day a prison guard noticed a series of numbers scratched on the wall of an inmate's cell. Concerned it was something to do with an escape plan, the inmate was immediately questioned.

(the question marks are part of the riddle) 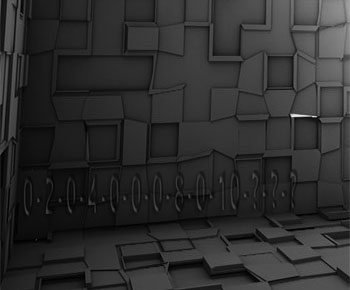 Guard: What do those numbers mean?

Inmate: I just moved into this cell last night, the previous inmate died.

It was clear based on the age of the scratches, the inmate was telling the truth.

The numbers became a sort of legend in the prison for some time to come. Everyone tried to figure out what they meant, but only one inmate truly figured it out.

The inmate who claimed to possess the answer to the riddle was in court one day. The judge was fascinated with the number sequence and what they meant. He had to know. So he made the inmate a peculiar, yet tempting offer:

The inmate could take a one year sentence for his crime or divulge the meaning of the numbers and/or question marks and go home.

The inmate spoke 3 words, followed by an explanation of those words, and was immediately released.

What did the inmate say, and why?

Maybe the prisoner is trying to do a Sieve of Eratosthenes?

64
Three mathematicians are forever in Prison
18
Two prisoners and the prison ward
8
Who REALLY killed Derek?
10
My strange friend
11
Prison Pizza Party
9
The Greedy Box (Or: Another crazy guard offering his prisoners freedom)
20
A real time-waster: the clock of confusion and color
10
Lottery strategy
5
Will you be the first to get free?
8
When was Ensquare born?