Our story takes place in the future. Earth has been invaded by an evil alien species, known by the humans as simply, "The Bots". They are essentially robots, but sophisticated and evil. Humans have also evolved, being bigger, stronger, and faster.

The Bot Viri's radar picked up the human Mr. Johnson at the same time that Johnson, who had been hunting in the forest (food has been scarce since the invasion), became aware of loud electrical noises emitting from the direction of the Bots mountain headquarters. 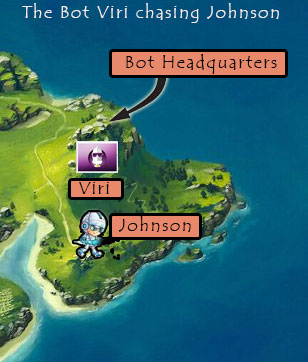 Johnson realized the bot was active and might try to catch him. Knowing that Bots are "afraid of water" because it will short-circuit them, he began to run toward the seashore.

Bot Viri locked-on to Johnson's position but hesitated for 6 seconds before he began to run after Johnson.

An acceptable solution will answer the following questions:

Did Johnson make it to the safety of the sea? 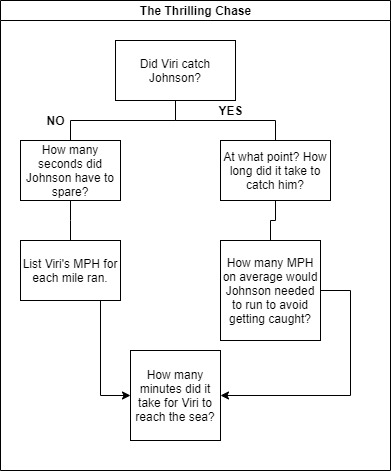 Not the answer you're looking for? Browse other questions tagged mathematics logical-deduction algebra or ask your own question.

4
And the average is 51.5625
3
The Marble Game
2
The Missing House Number
4
The motorcyclist's challenge
10
The special machine
6
Can you find the number?
1
Solve the magic square