A puzzle in the spirit of the Density™ puzzle. I'll say that the overall philosophy used here is the same as in Rosetta's Stone. Also, the rainbow colors at the top are just for reference. Finally, the title holds a clue to one of the "languages" used. Enjoy! 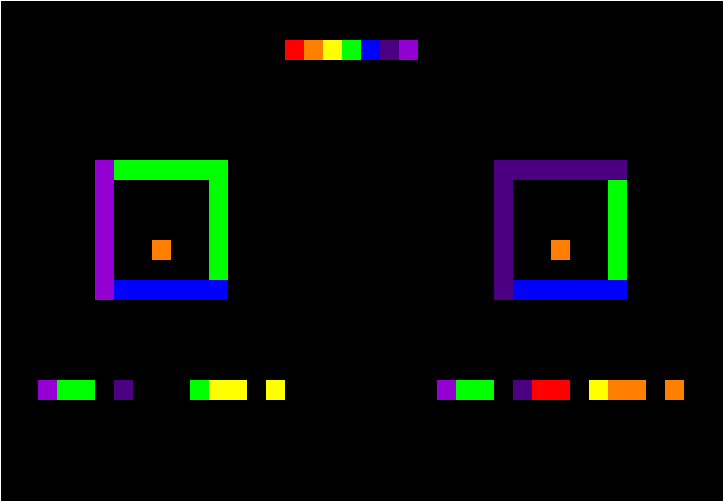 Version for the color impaired here.

To solve this, notice that:

1. Similar to Jens' previous Rosetta's Stone puzzle, the two 7-letter words are coded twice over, with two different mechanisms. This time around the mechanisms are (top) PIGPEN CIPHER and (bottom) MORSE CODE. 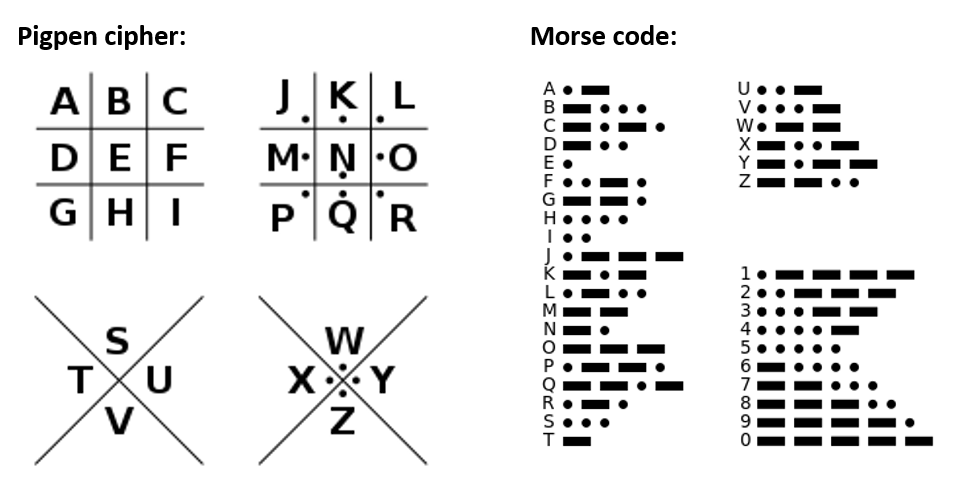 This then means that the coloured segments in:

(i) the top diagrams show how many letters of each word incorporate that segment in their pigpen cipher representation;

(ii) the bottom diagrams show how many letters of each word incorporate that segment in their Morse code representations (so, for example, the first 3-pixel block for Word 1 indicates that all 7 letters require the first pixel to be shaded in their Morse symbol, and 4 of the letters require the second and third to be shaded also - this translates to 4 letters starting with a dash, and the other 3 starting with a dot). 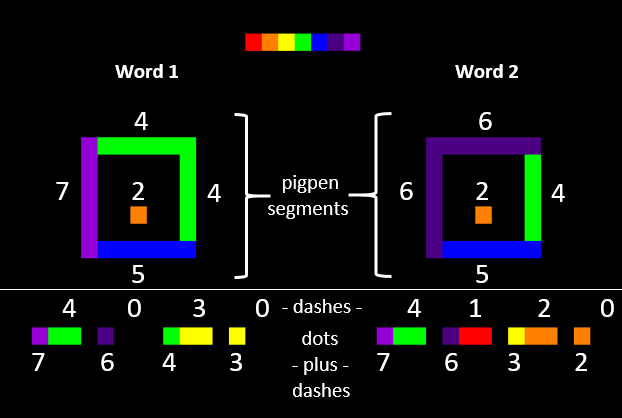 What then follows could well end up being a long drawn-out process of trial and error or guesswork. However, there were a few deductions that helped me to cut some corners along the way...

A. Focusing on the first word, since all 7 letters had a left-hand edge in their (rectangular) pigpen symbols, the whole word had to be spelled using a combination of the letters: BCEFHIKLNOQR. 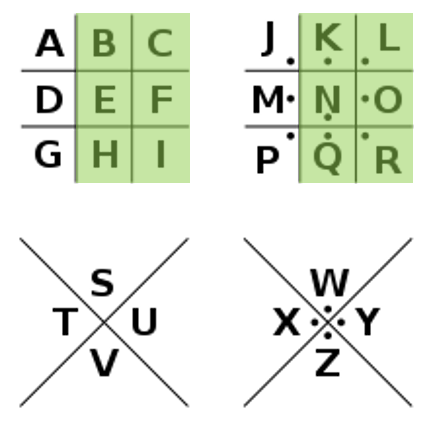 C. We know that all 6 of the other letters must have dots as their second Morse symbol. Valid letters would be: BCDFHIKNSUVXY. The crossover with the letterset in Point A yields only BCFHIKN as possibles. 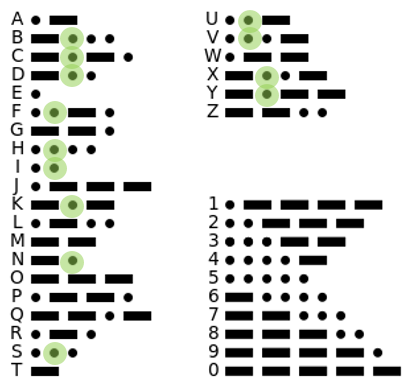 With these deductions in place, it was a short guesswork step to conclude that the first word could be 'CHICKEN'. A quick check that its pigpen and Morse symbols satisfied the expected counts came back positive - this word was likely correct! (Especially given the 'farm' link in the title...)

Turning my attention to word 2, I made some further deductions:

D. If the whole phrase was likely to end up describing a sport or game, it was entirely possible that the second word might end in -ING. A check of the pigpen and Morse for these letters showed they could well be valid.

E. Removing the pigpen segments for 'ING' from the expected total left me needing 4 letters that between them totalled 4 Left segments, 3 Top segments, 2 Right segments, 4 Bottom segments and 1 Dot. Notably, all 4 would need to have both a Left and Bottom segment. The only letters satisfying this were: BCEFKLNO. 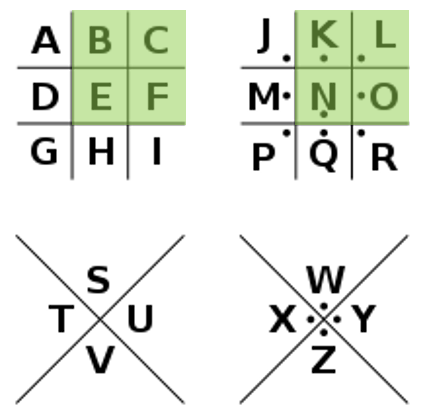 F. Again, this word required one letter to be one symbol long in Morse (no second symbol) - of the list above, this had to be E.

So armed with an 'E' and an 'ING', it was another short guesswork step to come up with the word 'FENCING' (using F, N and C from the letter set). Another quick check that its pigpen and Morse symbols satisfied the expected counts came back positive - this word was also likely correct! (Especially given the 'sport' link in the title...)

So, all in all, our 'farm-related sport' is:

CHICKEN FENCING - a type of boundary material whose name does indeed sound like two sword-fighting hens!

Not the answer you're looking for? Browse other questions tagged enigmatic-puzzle visual anagram or ask your own question.

16
Race to the Past: A Historical Scavenger Hunt
41
A cubic colored pyramid
7
Bravetart: Iconic America
13
Longest in one way
17
Rosetta's Stone
12
Lunch with my travel agent
38
Q: What kind of logic puzzle would you like? A: Yes
19
Density™ finally back from holiday!
13
Density™ 3 - The Game!
8
Density™ 4... Will there be more?