You Talkin' To Me?

Five long time friends whose given names were Johnny, Vinny, Frankie, Mickey, and Bobby, and whose last names in one order or another were Morino, Bucci, Orsini, Palmacci, and Galino, although living in the same small town had through the years become more or less estranged until finally the following conditions existed:

What was each man's full name, and to whom would each man speak? 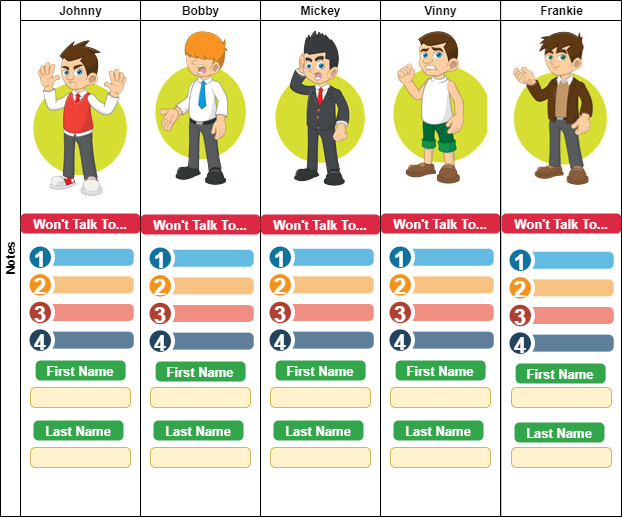 So the five men are

This is assuming that "not speaking to someone" is a symmetric thing: if A doesn't speak to B, then B also doesn't speak to A. I think that's a required assumption in order to solve this puzzle.

6
Knights and Knaves in the Wild West
14
Megan and the rambling reshuffle
21
Logic puzzle: Driving around the United States
0
Every Answer To All Puzzles Here - Secret Found
1
The Lying Brothers