Each of three villages in StackVille is being tormented by a robotic AI dragon living in a cave above the town. The villages are Arquade, Ubutu, and Tezos. 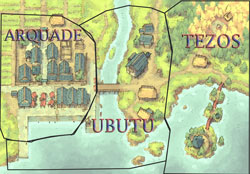 The town's Robotic Artificial Intelligence Programmers BrynSen , MykRowe, and KitNyck created these three dragons [ yep, they had AI in StackVille way back then ]. Initially they were made for defending StackVille, but the project was killed by government leaders. "Too costly", the bean counters cried.

These programmers were mad they did not receive any recognition or gratitude for their recent work in AI development, so in retaliation, they created Robotic Dragons to torment and curse, the villages.

How long will each curse last? 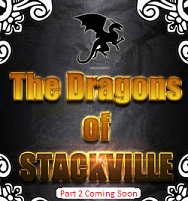 Let $b$, $m$, and $k$ be the numbers of years for the three dragons BrynSen, MykRowe, and KitNyck.

Then we have three equations:

Not the answer you're looking for? Browse other questions tagged mathematics logical-deduction story or ask your own question.