The Russian machine has a flaw

You, Robert James Fischer, are invited in a secret Russian basement to 'play a chess game against a strong opponent'. When you finally meet your opponent, a Russian bald guy who is more than twice as high than you, you quickly realize something : his brain has been modified by Russian scientists.

Intrigued, you show him a piece of paper on which a chess puzzle is printed : it took you 2 weeks to solve it, but the Russian guy instantly grabs it and violently tries to play the correct move on the piece of paper. It looks like he has some sort of chess computer attached to his brain.

Just before the game starts, he tells you, with a comically exagerated russian accent : "You play white. I will let you win. But you lose if you checkmate after move 40".

You are easily dominated. Before your 37th move, the position is the following : 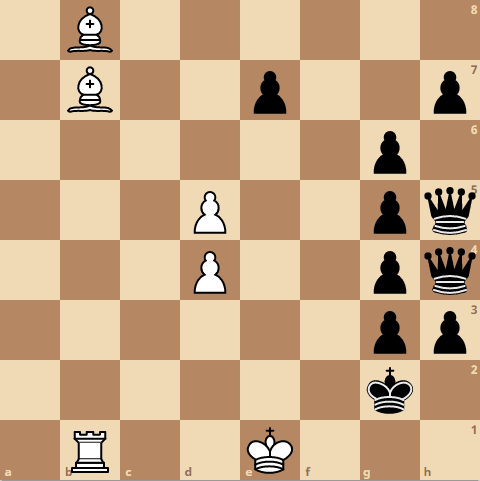 This Russian dude is so good, he managed to place his pawns in illegal positions!

You instantly see how to checkmate in 5 moves. But... that would deliver checkmate on move 41, and you would lose the game. The Russian player has a smirk on his face - he thinks you cannot win in less than 5 moves, because he calculated all the possible outcomes.

Prove him wrong and checkmate black in 4 moves or less.

I believe it's about

Until 1972, there was no requirement that the king and rook must be on the same rank when castling. So, technically a king could castle vertically along the e-file with a pawn promoted to rook on e8 (e1), because the newly promoted rook has obviously not yet moved!

... assuming we still have castling rights as white...

with Rh1# following next regardless of what black does.