Find 2 chess positions in which the only move is a promotion to a knight, or bishop (1 position for each piece).

However the goal of the underpromotion must NOT be one of the following :

Can you figure it out? The positions do not have to be reachable in a legal chess game.

Bonus questions (I haven't found an answer to these questions, so they are not required to be marked as accepted):

1) Find a position following the same principle, but with a rook promotion instead.

Being a chess composer myself, one possible motivation came to my mind right away: self-stalemate. White cannot win, so they must secure a draw via underpromotion. While there are plenty of problems that show it, here are three problems where the rook, bishop, and knight promotions are legally maximized.

I will leave to you to figure out which is which, so you may try to solve it own your own! Solutions are hidden if you need them. All three problems have the same stipulation: It's White to move and draw.

We can achieve the stated goals if

the underpromotion secures a draw (and other moves lose), rather than securing a win. 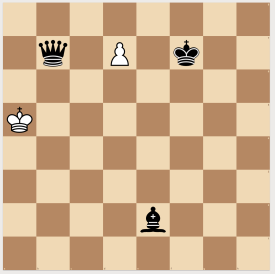 d8=N+ is an easy draw; promoting to anything other than a knight allows ... Qb5#; not promoting allows black (e.g.) to take the pawn and then deliver checkmate at leisure.
Obviously this is a legally achievable position.

Bishop (this one was harder): 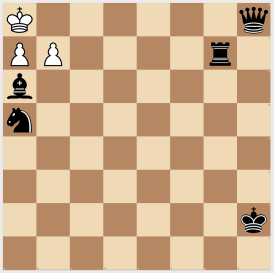 After b8=B+, if black captures then white recaptures, promoting to a queen, and should be able to draw easily; if black doesn't capture then white is stalemated. After a promotion that doesn't give check, Bb7 is mate. After promoting to a queen, black moves the king and then mates a few moves later even though white gets to capture the BQ.
I'm fairly sure this position is reachable with legal (but insane) play. There aren't any obstacles in getting backwards from it to a position where the WK is no longer boxed into a corner, and I can't see any reason why that shouldn't then be reachable. But I haven't actually tried to build a game that does it.

Doing a similar trick with a rook promotion is harder because

you can't arrange for the newly promoted rook to be pinned. Or rather, you can but it will be able to capture the pinning piece, and a queen would be able to do the same, and it's then hard to see how having a rook could be better than having a queen. 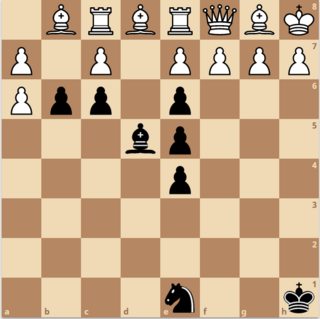 Black threatens to checkmate in three knight moves, e.g., Ng2, Nh4, Ng6#. White's only legal move is a8. White cannot do anything to directly stop the checkmate, only delay it one move by 1. a8=Q and 2. Qxc6 Bxc6. However, white threatens to stalemate after two moves by 1. a8=R and 2. a7. Black cannot do anything to prevent this, as the bishop and knight need more than two moves to allow white to move. Therefore, the rook underpromotion is the only move that draws instead of losing.

48
Can you stop the rambling rook?
32
Mate in one with NO PIECES?
21
The Longest Chess Game
10
Missing checkmates in one
13
How many total checkmates can you possibly make against the enemy king?
12
Copycat chess is back
4
Chess Construction Challenge #1-Read First Please!
4
Chess Construction Challenge #4-Excelsior!
18
Most ways to uncheck the king