Four fanatics and one checkerboard

Four checkers-playing fanatics eagerly pair up for two simultaneous games of checkers but somehow find themselves with just one board. They do have enough checkers for two games, so it is time to act. ­ One player hastily cuts that board into 9 pieces and reassembles them into two identical oddly-shaped boards with congruent rectangular “squares,” thus saving the day. 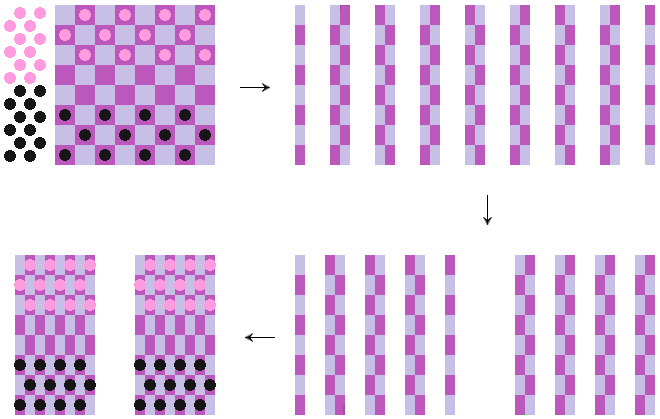 Yes, these are the same enthusiasts who once recklessly played a rash round robin on a board made of poison oak and should have learned their lesson: ­ Always bring more than one board.

Later they realize that their games could instead have been played on a different concoction of two identical separate boards, but consisting entirely of congruent true squares and being reassembled from a dissection into only 4 pieces.

Every possible checkers game would progress through exactly the same options — whether forced, taken or not — as on the original standard board.

A ✓ correct solution will treat the original board as having a single 2-dimensional playing surface and use all of it with no overlaps, folds, gaps or additions. (Any interesting approaches that disregard these parameters are welcome, though, and deserve votes of approval. Three pieces might suffice, for instance, if the boards are not separate, or gaps could be used as squares, or “squares” might not even be congruent rectangles, or folding could allow for a single straight cut, or Rand al'Thor could slice a 3-dimensional board laterally, or . . .)

You can cut the board to $4$ pieces like this: 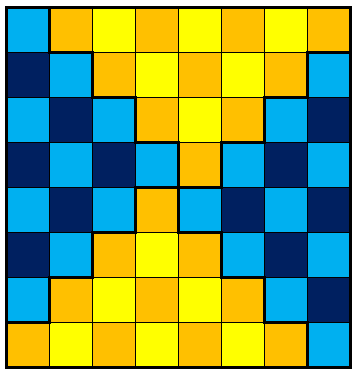 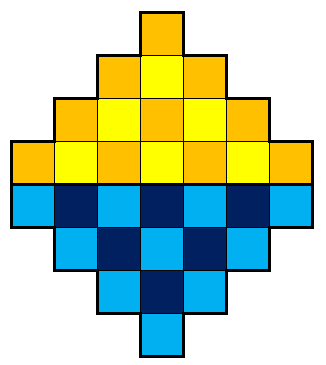 Now you may wonder how to play the game with this new board. First, notice that:

The new board is actually representing the original board; specifically, the green cells here. (Try to look diagonally from lower-left to upper-right!) 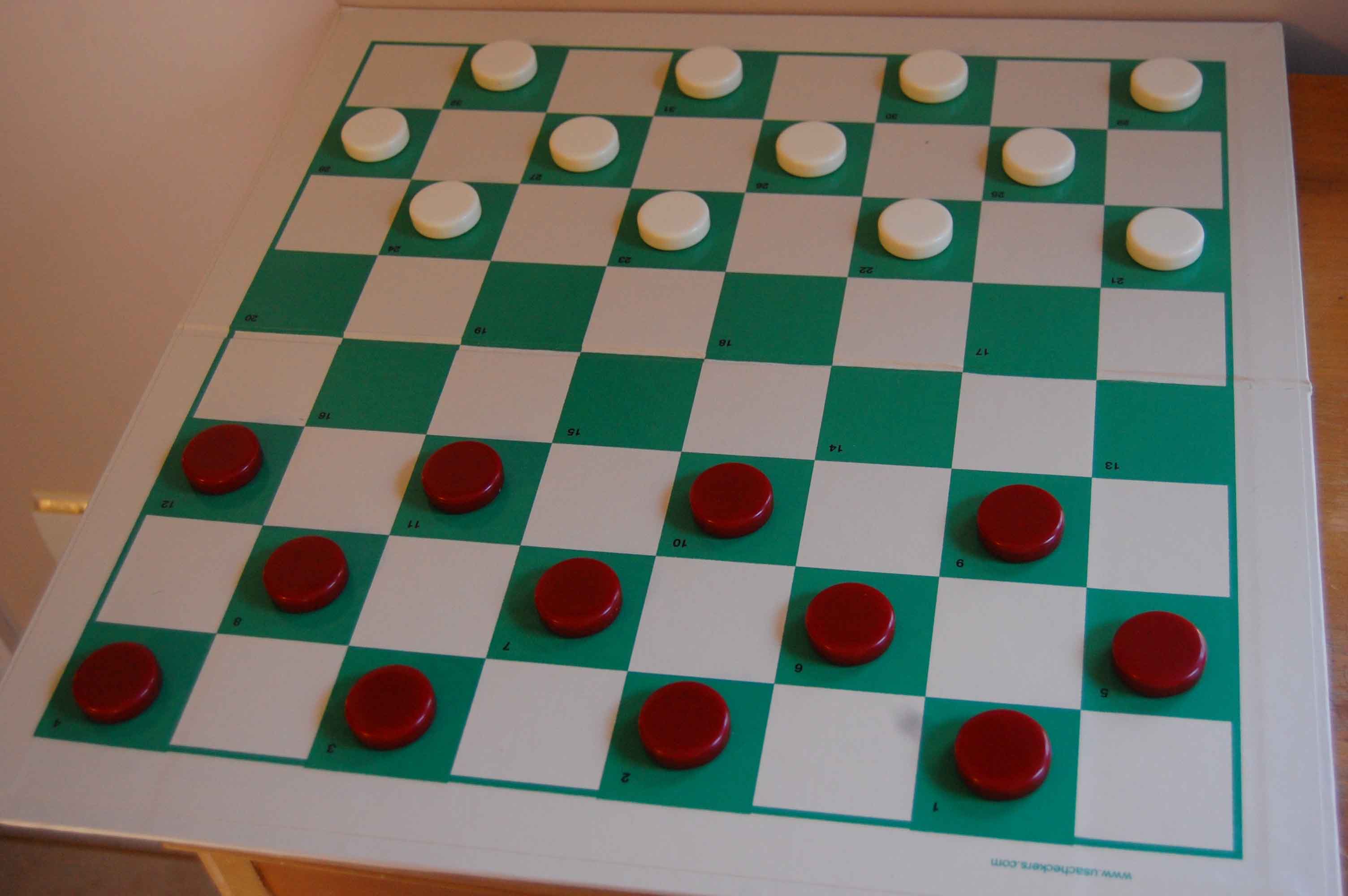 Here is the starting position. 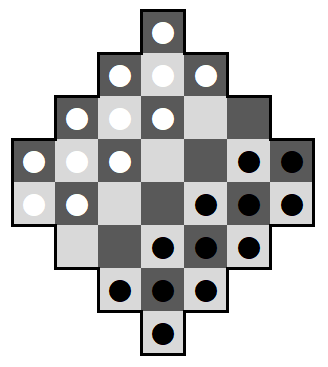 And the player will move as usual BUT in a horizontal/vertical manner instead of diagonally. The kings rows are on the top-leftmost and bottom-rightmost diagonals.

I'm not sure why you'd need ANY sort of dissection for this.

Is it that they:

Cut the board along its diagonals, create two squares while matching up colors, and play with their pieces on the corners of the new boards' squares?