Pretty lame reviews.. Why do people want this?

Browsing an online store, you see this product. The reviews are pretty low, but it seems many people want it. What is it ? 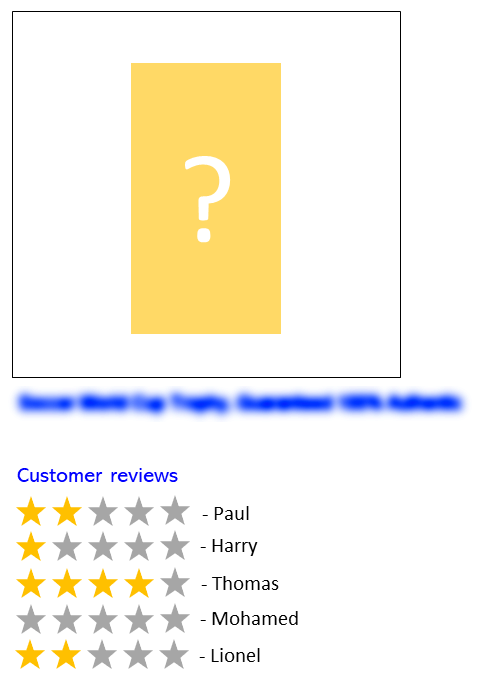 Each of the names is:

The first name of a famous/prominent current international footballer:

And the 'star ratings' are not ratings at all! They are:

The number of times their national teams have won the trophy:

Above the national team badge on their football kits - each time a team is victorious they are entitled to add another star to their crest.

The reviews are bad because

Everyone wants it because

there is a shortage of toilet paper due to COVID19

The product exists because

Not the answer you're looking for? Browse other questions tagged knowledge or ask your own question.

13
What do all these people have in common?
5
I help millions of people every day, but am taken for granted by all but one
2
You might want an anti-emetic
3
Name That …Name? 12
4
See me once, see me twice #5
8
Transporting important people
10
Hello, Goodbye, Adios, Aloha
13
See me once, See me Twice #12
14
Listen to this riddle carefully!