Three riddles in one

Look at the conversation below

Clue 1:
The answer is three words, but if you join the first two words together, I shouldn't write it out. You only fix the third word when it is in that state. 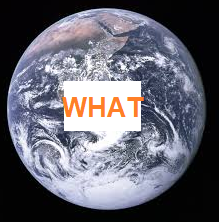 Find the two blanks and a word, all the clues given above.

I have to give credit to some of my friends for making one of the riddles. The other day, one of them ran up to me and asked me to say __________ really fast and when I said it, I realised that I said something really wrong

Something related to school

When I give out the hints, it only refers to ONE of the words. They are not hints to all the words

One of them is more of a synonym of another word; you need it to know the synonym

Hint 1 refers to blank one, hint two is the word, hint three is blank one and hint five is blank two

To clear the confusion: the first blank is three words

Blank one is three words; blank two is four; the word is either of the two anagrams

Since the first blank is made of three words, the first two words joined together is something that is pretty inappropriate... it's the thing...

The first word of the first blank is a stationery

My PEN IS BROKEN. PEN/IS being a little too risque to write out. Broken being something needing to be fixed when it is in this state

What in the world. A rebus

Either Teacher or Cheater, coming from REACT and EH

Partial Answer: For the second clue,

I believe that the phrase is "What in the world" instead of "What on Earth". This is also a logical explanation to the rebus, as the WHAT is surrounded INside the Earth, which we call "WORLD" a lot of times(e.g. World wide web, Wikipedia is the world's largest encyclopedia)

The first two words might be TEACH and a word starting with ER.

I think the first blank is

PEN IS GONE, because the first word is a stationery item and the combination of the first two words matches your ‘dirty’ clues.

The second blank is

WHAT IN THE WORLD, because the rebus shows the word “what” in the middle of the earth, and world is a synonym for earth. It is also of the form ____ preposition the ____.

Then the word is

Either TEACHER or CHEATER, being the two anagrams of “REACT EH”.

Not sure if any of this is correct....

Clue two appears to be

For the conversation, John's missing part

can only be "what" , or possibly "what on earth"

and his last line

REACT and EH are an anagram of CHEATER or TEACHER, either of which would match hints 2 and 3. Or possibly EARTH, with a C and E left over.

But I'm not sure how this ties together.

WORLD WATER ACT or Water for the World Act

Note: This feels a bit stretchy, and doesn't quite match the anagram hint. So, feel free to build off of this if it makes sense.

From the Web - The Water for the World Act of 2014 will help address the needs of over one-third of world's total population who lack access to basic sanitation or clean water. In 2005, the Water for the Poor Act was signed into law, making water, sanitation, and hygiene (WASH) a U.S. foreign policy priority.

The conversation would then be:

This fits with most of the clues and hints given:

after joining the first two words together, there is no need to write out the third one, but it can be found from REACT+EH after anagramming. That third word is related to school. The link I'm missing is how to get from "what on earth" to "cher", and given Hints 1 and 5 I'm wondering if this may involve some unusual synonym or accent, possibly a regionalism.

Not the answer you're looking for? Browse other questions tagged word wordplay rebus or ask your own question.