A puzzle made special for today

Can you find the message hidden within this grid of puzzles? 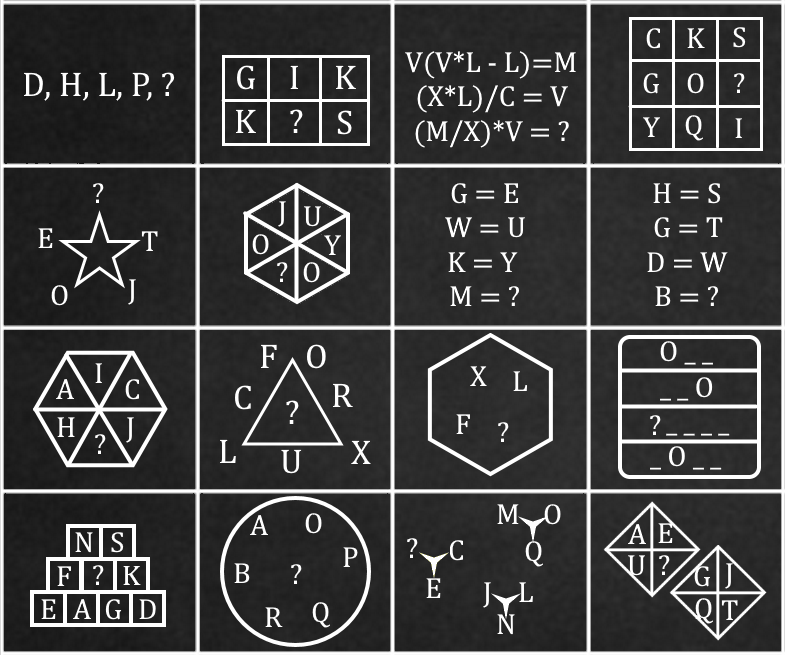 Going through the sixteen clues (four or five I still couldn't solve completely):

Note that most of these are actually number puzzles in disguise :-)

So I should say:

Happy birthday! (and then figure out the missing clues)

Independently of @Randal'Thor's answer (which was posted in its original form just a few minutes before this one), I have explanations for all 16 puzzles (15 solid, 1 less so), and must say from the off:

Happy birthday to you!

The puzzles resolve as follows (I am least sure on #6):

Altogether, these spell out:

Not the answer you're looking for? Browse other questions tagged pattern letters letter-sequence or ask your own question.

18
What is special about this grid?
28
A simple visual puzzle to die for
15
Constellations Puzzle : Find The Hidden Message
12
Message for You:) #2
6
What are the special letters?
14
Puzzle on a Pie Crust
7
Find the secret word hidden in this message
3
Letters Missing Grid Puzzle
0
Simple letter subs with a twist!