I am looking for help with a math puzzle. The answer is the final coordinates to a geocache.

I have put in quite a bit of time and lots of graph paper trying to solve this one. I have tried programs and even bought the correct tools to work on this one. Still with the tools and the basic knowledge needed to work on this I have found I am no math wiz. I do spend quite a bit of time and learn everything I can before asking for help on these but some puzzles are beyond my skill level.

What I do understand is this is a method of surveying called Metes and Bounds. I have found that somewhere in the puzzle is missing info leaving you with trying to solve the missing distance and direction.

The cache is NOT located at the Point Of Beginning (POB) coordinates, but is in the same general area.

I've drawn a not-exactly-to-scale diagram of the surveying path to help you verify the directions, included below: 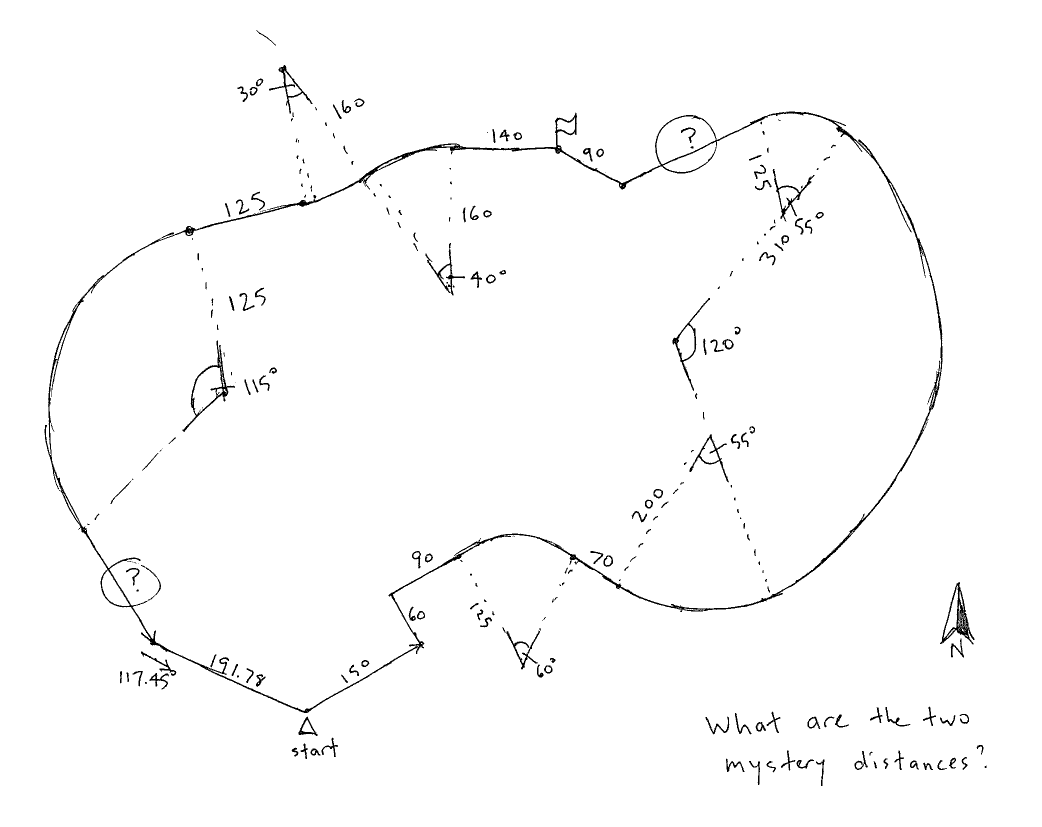 The flag is where the geocache is.

Thence Northeasterly along said curve through a central angle of 60° 00' an arc distance of 130.90 metres;

Thence tangent to said curve South 60° 00' East 70.00 metres to the beginning of a tangent curve concave Northeasterly and having a radius of 200.00 metres;

Here we come across our second circular curve. This one has a center that is 200 metres northeast (at a bearing of 30°).

Thence Southeasterly along said curve through a central angle of 55° 00' an arc distance of 192.00 metres to the beginning of a compund curve concave Northwesterly and having a radius of 310.00 metres;

Once you've walked along this arc, you'll start walking along another arc immediately afterwards, which is why the description mentions a compound curve. (A reverse curve is an arc where you end up turning in the opposite bearing of the one you were just turning in).

Thence Northeasterly along said curve through a central angle of 120° 00' an arc distance of 649.26 metres to the beginning of a compund curve concave Southwesterly and having a radius of 125.00 metres;

Thence Northwesterly along said curve through a central angle of 55° 00' an arc distance of 120.00 metres;

For the purposes of figuring out the mystery distances, you can treat all these instructions as just one giant way of saying "travel 480.33 metres east and 678.86 metres north".

Similarly, the second set of instructions until the starting point again, not including the mystery distance, makes you travel a grand total of 428.88 metres west and 331.24 metres south.

Suppose these two distances are $a$ and $b$ – then the following system of equations will let you figure out the correct distances:

Once you have this, you can plug in the first distance $a$ into the first "indeterminate distance" instruction and then walk 90 metres at a bearing of 300° to your geocache.

Here is a supplement to the excellent analysis by Joe Z:

Here is the spreadsheet if you want to use it but Joe's analysis is much easier to follow. 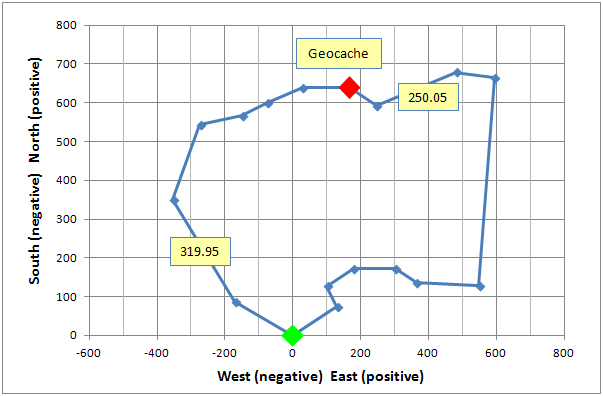 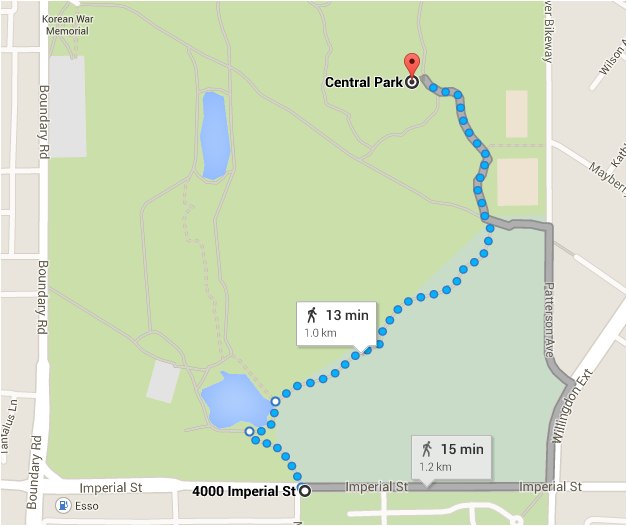 Not the answer you're looking for? Browse other questions tagged mathematics geometry geocaching or ask your own question.