Footmen And Friends #1: A Long Ways Away

Tonight premiers the first show of Footmen And Friends, a show dedicated exclusively to kings and pawns. Let's give these soul-men of chess a chance to shine instead of their big sisters and brothers!

For the show's pilot tonight to be a success, tell me, how many moves will it take White to mate Black in the position below? Good luck and have good fun! 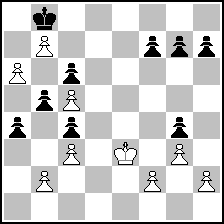 A few basic facts I notice:

It therefore pops out at me that fact 2 and 3 combined make for a natural zugzwang challenge, where we must time a winning position right, i.e., reach a position where Black's king is on a7, White's is on a5, it's Black's move, and Black has run out of pawn moves on the kingside. In that scenario, Black must move ...Kb8, wherein we move in with Kb6 and mate next move (a7#). Black can also jettison pawns earlier with ...b4 and ...a3 but then the win is trivial (just take the pawns).

The final fact we need to utilize is that White's king has ample squares - all of a2, a1, b1, c1, c2, d1, and d2 are available to "lose" tempi whenever required. It seems to me that combining all these facts makes for an executable winning plan.

So to elaborate a bit on what I'm thinking - we make a baseline assumption that Black's MO is to avoid moving his kingside pawns for as long as possible, and instead to shuffle with Ka7-Kb8 whenever he can. This draws out defeat. Then: 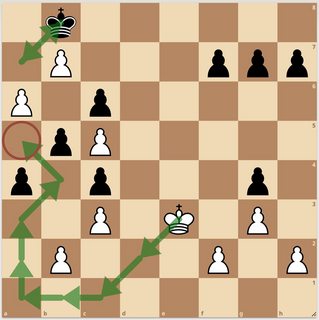 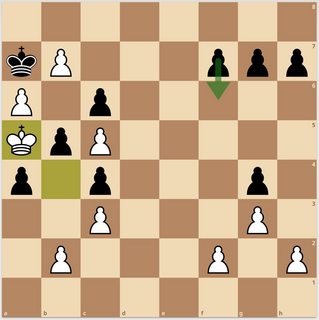 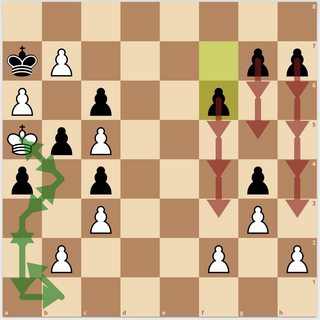 With helpful confirmatory feedback from @Rewan Demontay, I decided to forge ahead from where I left off. Brute-force calculation becomes the name of the game, but so be it. 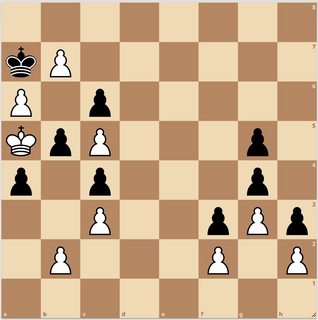 At the juncture described at the end of step 4 above, with White's last move being 98. Kb4-a5, there are two moves that need to be analyzed: 98...a3 and 98...b4. With the correct response from White, they turn out to be transpositions, so we focus on the former: 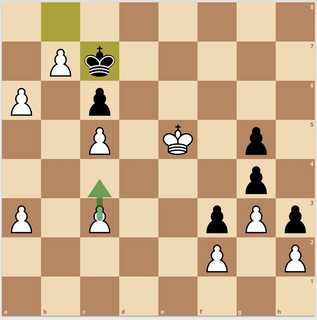 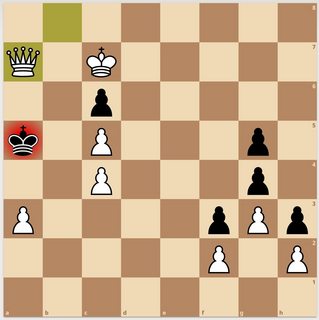