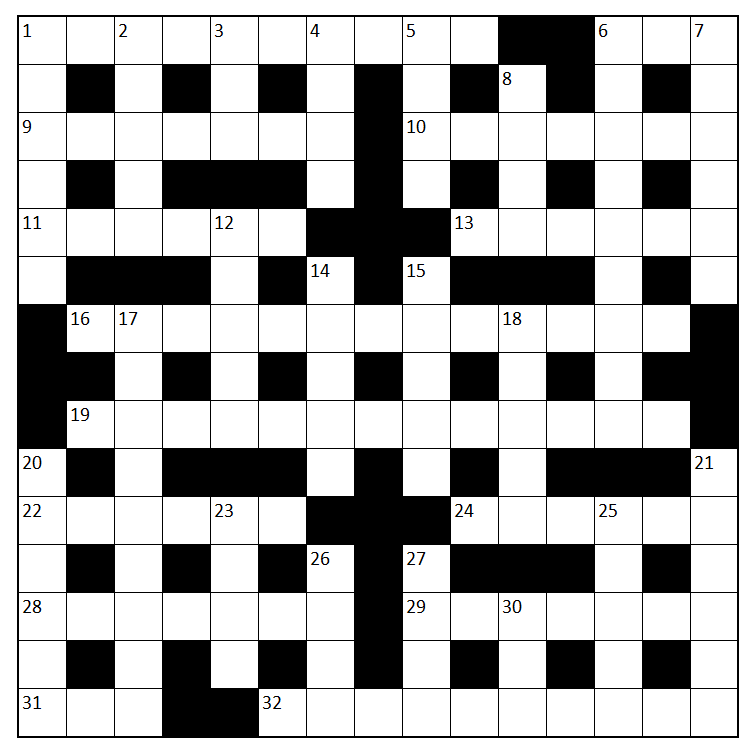 Filled crossword (and some comments) 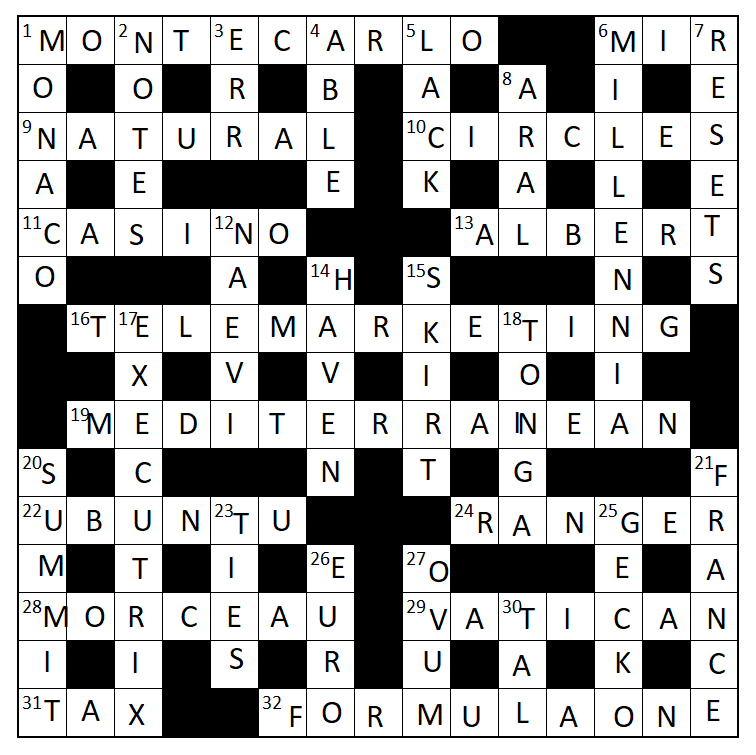 Thanks to @LannyStrack for a lot of help with the last few clues and explanations.

The big break was to solve 1 down, as that made a lot of the other clues doable/easy by association. But it took me a while to get it. The first clue I solved was 15 down, although I stupidly wrote it in the 18 down position at first - that's why the intersection of 18 down and 19 across looks a bit strange. 12 down taught me a new word.

MONTE CARLO (def "part of 1 down", anagram of "actor Lemmon" minus M)

CIRCLES (def "groups", C plus IRC plus LES [apparently Les Paul is some kind of famous person?]). Thanks @LannyStrack!

CASINO (def "must-see in [Monaco]", found in "harmoniCAS IN Orchestra")

ALBERTA (def "head of state of [Monaco]", ALBERTA minus A)

MEDITERRANEAN (def "sea bordered by 1 down", anagram of "Armenia rented")

VATICAN (def "state smaller than [Monaco]", I in anagram of VACANT)

TAX HAVEN (def "[Monaco], for one", found in "synTAX HAVE Nothing")

FORMULA ONE (def "competition hosted by [Monaco]", "make up" = FORM plus LAO language inside UNE). Thanks @ChrisCudmore!

MILLENNIA (def "thousands of years", anagram of "all mine in")

NAEVI (def "lesions on the skin", anagram of "Evian")

TIES (def "links", T plus IE plus first letter of Short). Thanks @LannyStrack!

6
Napier's devilry
12
Tutankhamun's body
7
Base compromised
8
Dwellings of a cryptic nature
16
Just a little adventure in cylindrical crosswordland
9
Missing words? In *my* crossword?
11
No Holds – a barred crossword
8
Meat, metal and Mediterraneans
9
Living the traveller’s dream
8
Roaring walls of water