You can't reach the answer

I sound like I'm near where a staircase once went,
Or guarding a place that's impossible to reach.

But I'm really a creature that you've never seen:
My home is remote as it's possible to be.
Though I really exist, and so does my home!
Family's a mystery, I'm so small and different.

The answer is two words. Each verse refers to a different possible meaning of those two words. The "sound like" does not refer to homophones; the same two words can be interpreted in different ways.

All of the second stanza is quite literal. The answer really is a creature, albeit an obscure one.

Perhaps you are the

otherwise known as the

I sound like I'm near where a staircase once went,
Or guarding a place that's impossible to reach.

Your common name reminds one of the Pearly Gates, which guard the entrance to heaven. The staircase is the Stairway to Heaven, as in the 1971 song by Led Zeppelin.

But I'm really a creature that you've never seen:
My home is remote as it's possible to be.
Though I really exist, and so does my home!
Family's a mystery, I'm so small and different.

The family is Myctophidae, or lanternfish, which spend daytime deep in the bathysphere at 300-1500m below the surface, which is really remote and it is hardly likely that any of us has ever seen one. The Pearly Lanternfish is small relative to other sea creatures; the maximum length is 8.3 cm. As for its home, it has been found in the Gulf of Mexico, North Atlantic, the waters around New Zealand, South Africa, and Spain.

Metaphorically speaking, staircases can refer to steps leading to places in consciousness, which is near/similar to imagination.

It is impossible to reach an imaginary place and an Imaginary Friend could be guarding it.

But I'm really a creature that you've never seen:

No one has ever seen an Imaginary Friend.

My home is remote as it's possible to be.

The 2nd definition of the word "remote" is "having very little connection with or relationship to", and the imagination is as remote from reality as it's possible to be.

An Imaginary Friend's family would be a mystery, and since they are composed of thought (which has a tiny bit of substance), they are small and different.

I don't know about this line... Can "staircase" refer to the digestive tract of humans, because the muscles' contracting movement is somewhat like a stair? Or, since you mentioned "sound like", maybe it is some kind of pun?(I can't come up with anything though)

Microorganisms are an important part of your immune system.

But I'm really a creature that you've never seen:
My home is remote as it's possible to be.

They're too small to be seen, and they live inside your body, which is the most remote place possible

You can count them as your families, even though humans are very different from these small creatures.

For the title, yeah you can't reach them.

It reminds me of the spiral staircase which forms an illusion of a black hole at the center from the top. 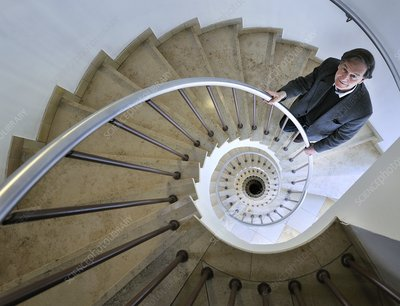 No one has gone inside a Black Hole as it does not let even the light to escape through it. Only Cooper & Co. from Interstellar movie can answer this from the Tesseract. I don't have a bookshelf here.

But I'm really a creature that you've never seen:

Blackholes are subordinates of the galaxy. No one has seen it through the naked eye but Event Horizon Telescope could get only a blurred version of the first Black Hole seen.

My home is remote as it's possible to be.

If you are considering the Tesseract to be the home then it lies outside the 3 dimensions we live in. It is light-years away from us. Trillions of Kms away from us.

That is the home described as per the Interstellar movie itself with the black hole guarding it. 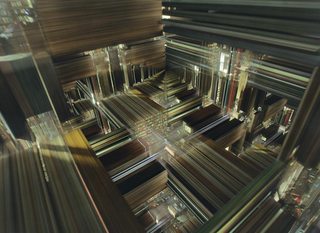 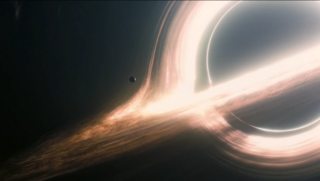 Black holes are part of the Cosmic family, members of which are being discovered daily because of its mysterious nature. There are smaller versions of Blackhole too apart from massive. Relatively they are smaller when the other structures are compared with https://en.wikipedia.org/wiki/List_of_largest_cosmic_structures. Black holes are different than planets and other general objects in the Universe.

You can't reach the answer

Yes! Black Holes cannot be reached by our current technology.

Not the answer you're looking for? Browse other questions tagged riddle knowledge wordplay or ask your own question.

7
Repeat the Method to Solve the Clues
23
Nice song, pity about the words
6
The real story of two mischievous brothers
5
If the answers were on a mission, what would it be?
0
“What colour does not exist in the afterlife?” answer to an ARG riddle
5
Yesterday, I Had Tears
7
This is for Duck (Original Version)
8
Follow the Crumbs #1
9
One is outstanding, another doesn't belong : Says Grandpa
14
Is there a mistake in this vast rebus?