Where art thou, oh native rooks?

Here’s a tough puzzle for you all today!

Given that both White and Black conspired to reach this position as briskly as possible, where standth White’s native rooks (the one from the starting position)? 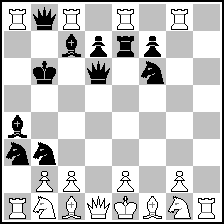 Be warned, there is only one solution!

I'll take a guess and say :

Why (not a great explanation. This puzzle is complex) :

The absence of black's b pawn (and the fact that black is missing a rook) shows that white's a pawn avoided the a7 pawn by playing axb7 followed by bxa8=R.

Because both players tried to reach the position as fast as possible, we can safely assume that black's third knight got promoted on a1 it then moved to b3.
White probably played Ra4 of Ra5, followed by Rh4 or Rh5 to allow black's a pawn to be promoted.

So the a1 rook was promoted on a8 by the a pawn.
Then we can deduce that the a8 rook comes from the d pawn (promoted on c8 ?)
Same reasoning for the c8 rook, probably promoted on e8 by the f pawn (and for the e8 rook coming from the h2 pawn).

The d6 queen tells us the the queen was promoted on h1, then went to h2 early in the game (before Rh4 or Rh5).
The h1 rook must have moved out of the h file for the pawn to be promoted.
Because we want to reach this position as fast as possible, the h1 rook must have moved to the g file, before moving to g8.
There's only one option left for the rook originaly on a1 : Ra4-Rh4-Rh1 or Ra5-Rh5-Rh1. Therefore this rook is on h1.
After trying to reproduce the game, these rook positions seemed to be the fastest way.

Fun fact : if it's black to move in the final position, there is a checkmate in two moves : Qg3+ Rxg3 Bxg3#

Here are my observations so far :

White has four supernumerary Rooks, and four missing Pawns, which means the four white Pawns promoted and no other white piece got captured.

Black has a supernumerary Queen and a supernumerary Knight, which means at least two black Pawns promoted.
These Pawns could have promoted on a1 & h1 by the white Rooks moving around. They could not have made a promotion on the b, c, e, g files sinces these always had a white Pawn preventing it. Since Black made no capture, his Pawns couldn't move sideways to circumvent any obstacle.
They couldn't promote either on f1 since the Bishop couldn't have moved, blocked by the e2 and g2 Pawns. On d1 then? Not either, since the black d Pawn is still here.

So Black promoted his a and h Pawns on the a and h files (for a Queen and a Knight). All other Black piece is therefore genuine (not captured and coming back by mean of promotion).

Considering that, Black got one Rook and four Pawns captured (the b, c, e & g ones).

There is one capture left, that could have been done is numerous ways by other pieces (White's Knights, Rooks, black Bishop, King and Queen could have come an go in tortuous ways), or even by one of the Pawns.

If one white Pawn did a second capture, then either a promoted on a, or f or h promoted on h. Either way, there was a promotion on one of the Rooks file.

And from now on, I'm stuck.

The difficulty is that, even given these circumstances, it seems trivial for Black and White to play in order to switch White's Rooks positions in any position they want.

But since they "conspired to reach this position as briskly as possible", and given that the 8-rank rooks all are in an reachable promotion position (with White's a-pawn being the one double capturing), I'd say the easiest way to get there is

By having the two original Rooks get back to their original position after a quick back-and-forth allowing Black to promote two Pawns, and not moving the newly promoted Rooks once they're there. Also, this doesn't require the other White pieces to move at all.
So the native Rooks are in their native places.

Not the answer you're looking for? Browse other questions tagged no-computers chess retrograde-analysis or ask your own question.