For the occasion of my husband's 13th/52nd birthday the other day I created a few (somewhat) thematic puzzles. Most don't necessarily translate, but one was a pencil-and-paper puzzle I think folks here would get a kick out of. As typical for this sort of puzzle, the answer is a word or short phrase. Enjoy! 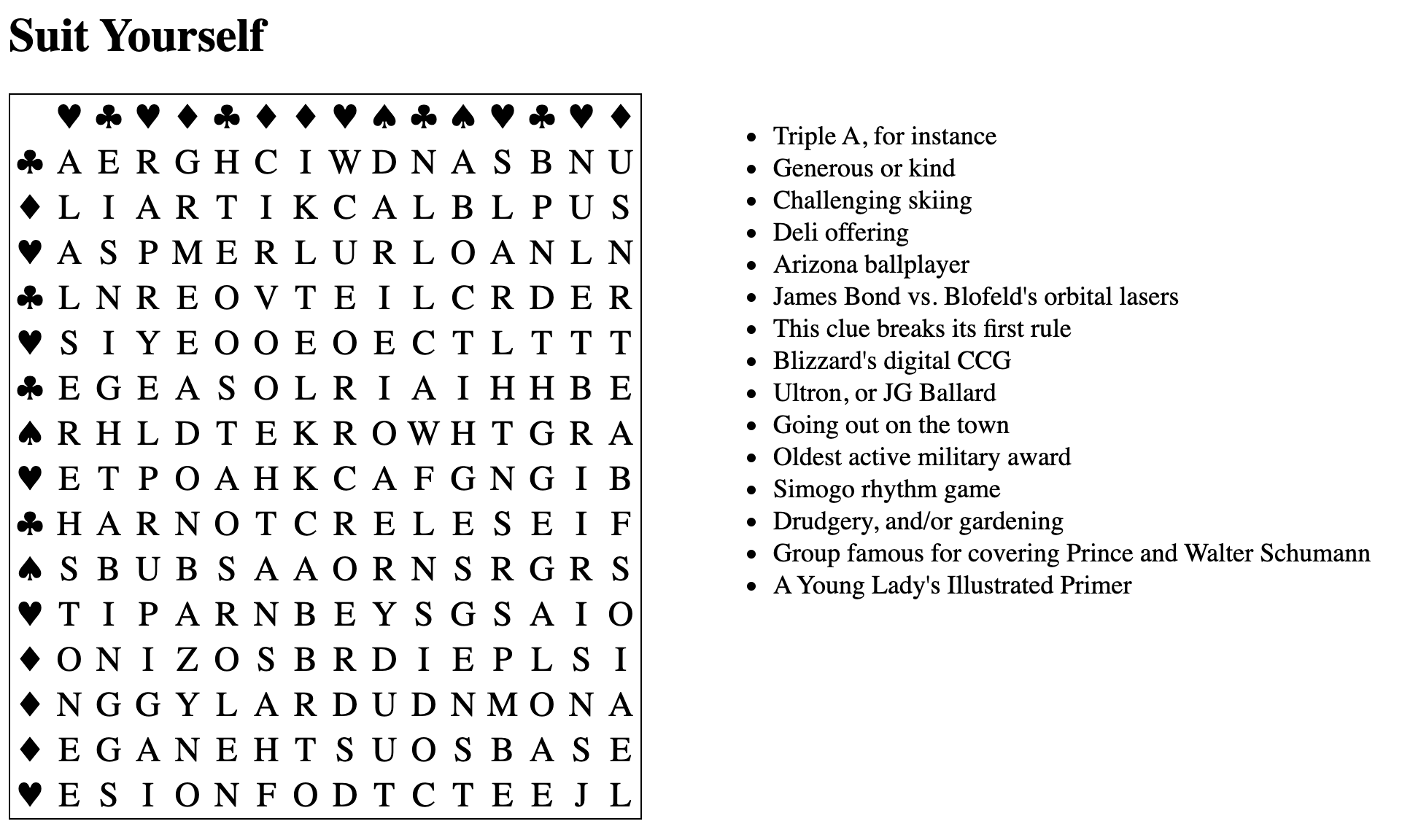 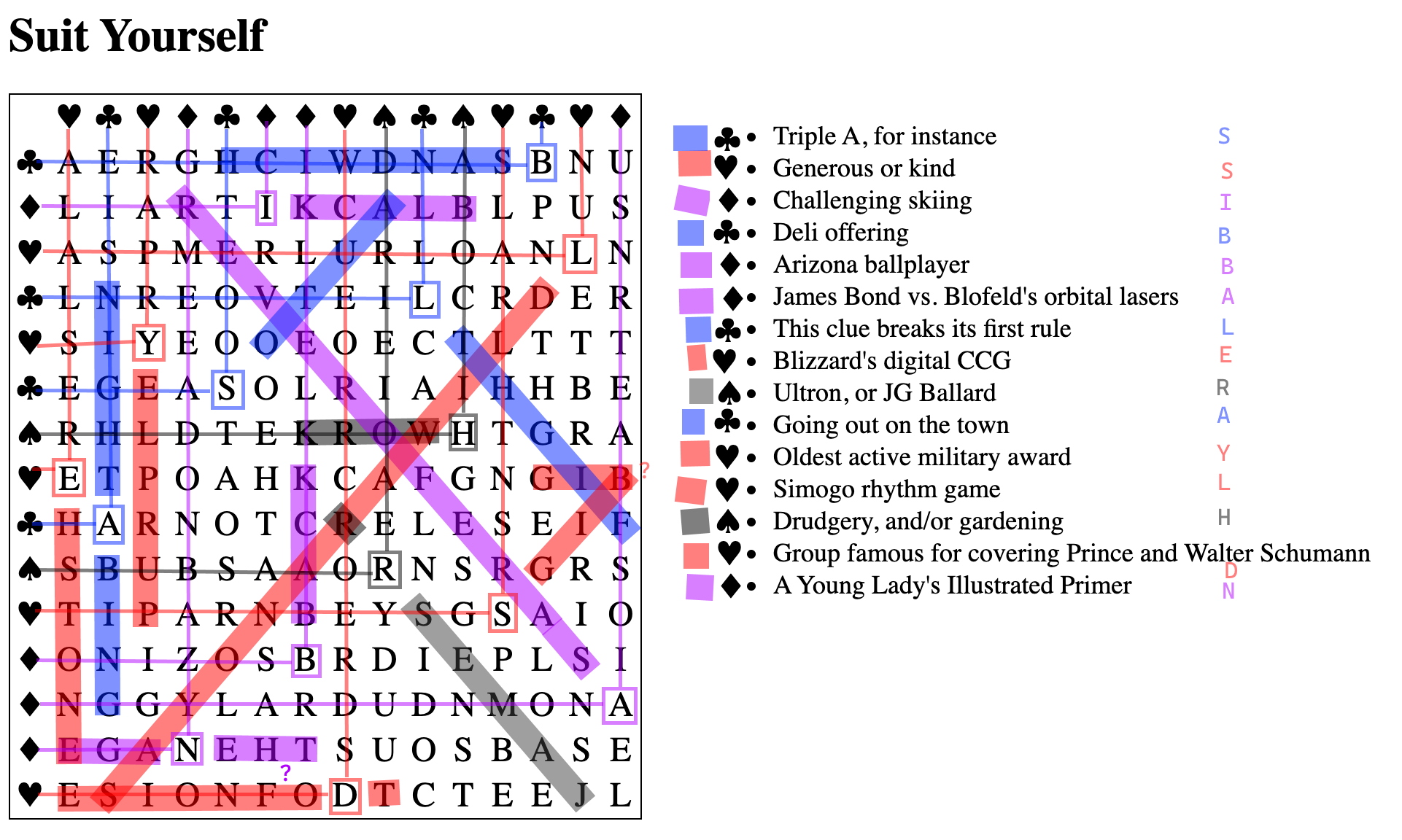 What? Not perfectly clear? Oh, OK then.

Each clue leads to a word, name, etc. containing SPADE(S), HEART(S), DIAMOND(S) or CLUB(S). In some cases (e.g., THE ART OF NOISE, HEARTHSTONE) it's slightly non-obviously hidden. This is found somewhere in the grid, with a gap where the suit name occurs. The letters in those gaps -- as is hinted at by the fact that each of these letters occurs in a row and column labelled by the appropriate suit, as shown by the horizontal and vertical lines in my beautiful diagram -- are the things we need, and read top to bottom they spell out BILLY SHEARS BAND.

I thought that was the intended answer, but OP indicated in comments that another step is wanted. Well,

in the Beatles album Sergeant Pepper's Lonely Hearts Club Band (note the suits!) "Billy Shears" is apparently the leader of the band. So perhaps that band is the intended answer here -- though I'm not sure it quite qualifies as a short phrase.

11
A Fragmented Puzzle
6
A few Four Word Puzzles, and a Five Word Challenge
11
I'm so meta, try yourself with this!
12
A broken mosaic of words
6
Puzzle: Catching the Culprit
7
Another Crozier Puzzle
23
A Paper Record is What I Hamper
7
Four degrees of separation (I make billions #8)
13
The arrow of time flies in reverse