11 Harry Potter rebus puzzles which together spell a word

11 Harry Potter rebus puzzles. When you have solved them all, there is a word they are hiding. 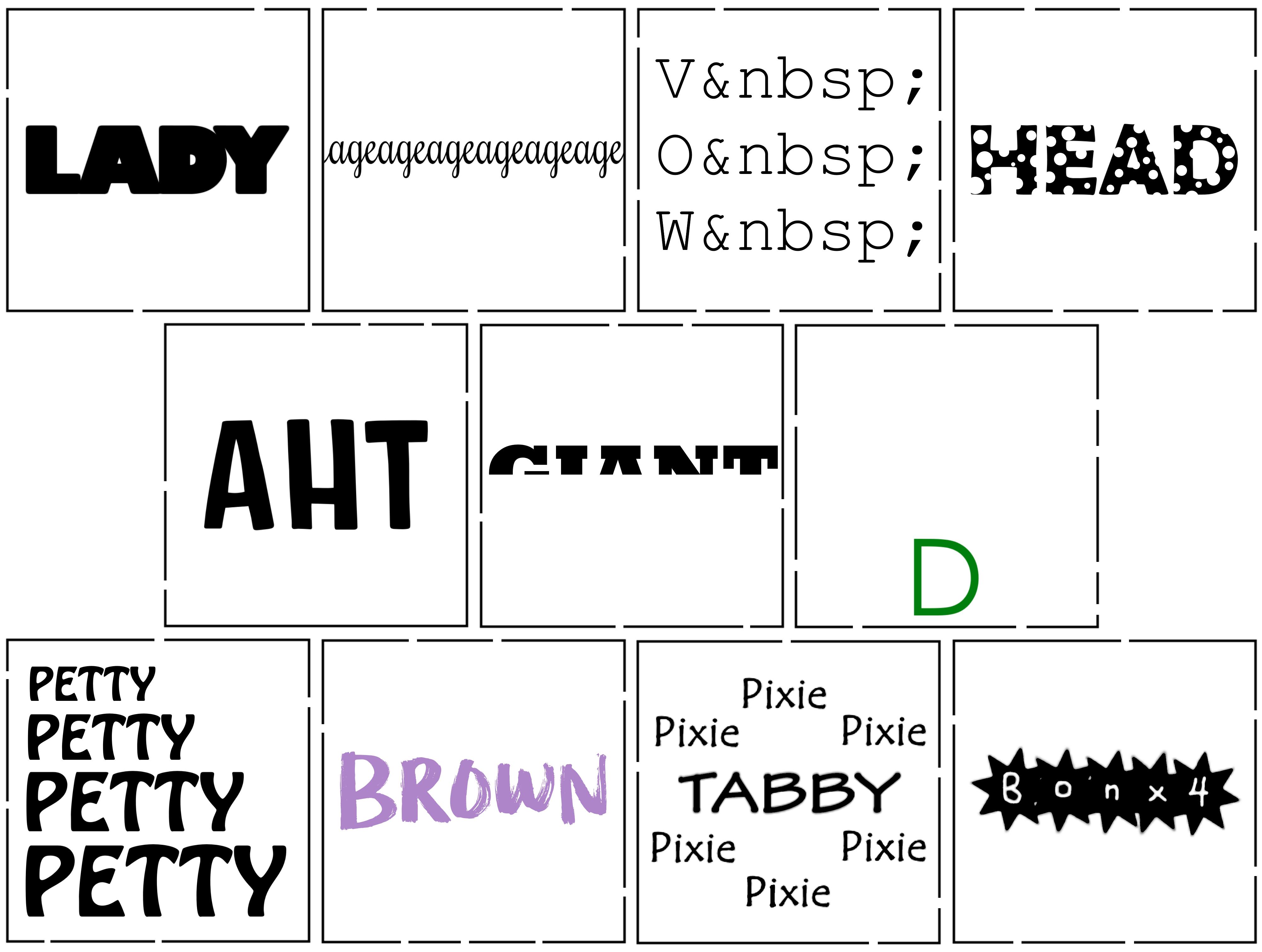 COMPLETE SOLUTION: The solutions to the 12 rebuses are as follows...

1. The fat lady (the guardian to Gryffindor Tower) [LADY written in thick letters]

2. Age line (a charm acting as a barrier which prevents people above or below a specific age accessing a specific area) [a line of AGEs] (found by @Annosz in comments)

3. Unbreakable vow (a strong promise, bonded by magic which if broken will result in death) [the letters of VOW marked up with HTML non-breaking spaces]

5. Sorting hat (the magical hat which decides which house each new Hogwarts student will belong in) [the letters HAT, sorted differently]

6. Half-giant (somebody who has one human parent and one parent who is a giant, like Rubeus Hagrid) [the top half of the word 'GIANT']

8. Pettigrew (Peter Pettigrew, one of the four Marauders, later servant to Voldemort) [increasing sizes of the word 'petty' - petty grew]

10. “The cat’s among the pixies” (idiom, the wizarding equivalent to "the cat's among the pigeons") [tabby = cat; surrounded by many 'pixie's]

11. Exploding bonbons (a popular wizarding sweet) [4 'BON's can give us 2 'BONBON's, illustrated with blast shapes]

The border of each rebus has a number of gaps in it, we can count the number of gaps and index the discovered phrase using that number to find the letter of interest:

Note that the image in the hint spoiler contains additional numbers which indicate the number of letters in each completed phrase, enabling us to be sure we have the correct letters for the solution.

This then anagrams to the final answer:

GRINDELWALD - the wizard who features heavily in the Fantastic Beasts spin-off franchise, who has a complicated friendship and rivalry with Albus Dumbledore, headmaster of Hogwarts throughout Harry's time at the school.

Not the answer you're looking for? Browse other questions tagged word cipher visual rebus literature or ask your own question.