It’s been awhile since the last one, so cheers for round four!

Construct a position such that:

The first to post a proper position will get the checkmark. Good luck and good fun to all solvers!

Managed to pare my score down to 10 pieces (incidentally also worth 10 points in the usual piece value reckoning) by entirely locking down the position, thus removing any last remnants of fun the solver might have found in the earlier versions: 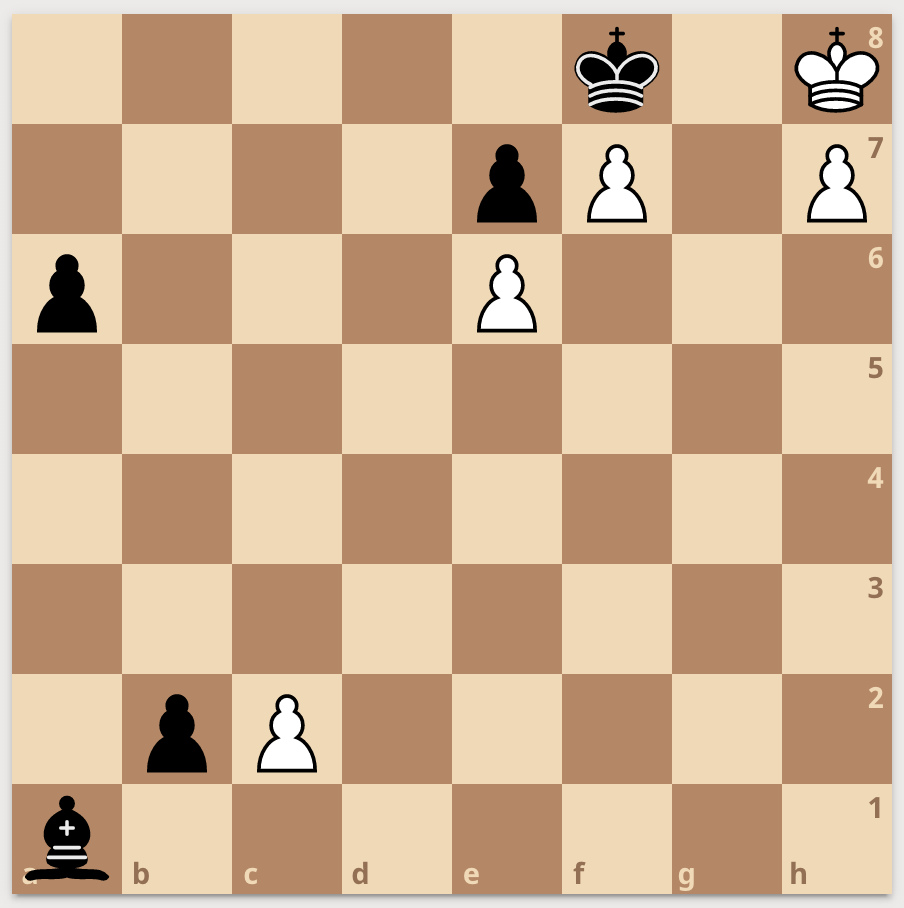 If white starts with 1. c3, black can thwart white's suicidal plans by promoting at b1, which causes an instant stalemate. White's only other legal move is 1. c4, and after that, there are no choices to make, so everything runs on railroad tracks until move 5, when white must underpromote to either a knight or a bishop in order to avoid checkmating black.

Here's my attempt at constructing a position where underpromoting the 2nd rank pawn is the only way to self-mate in 5: 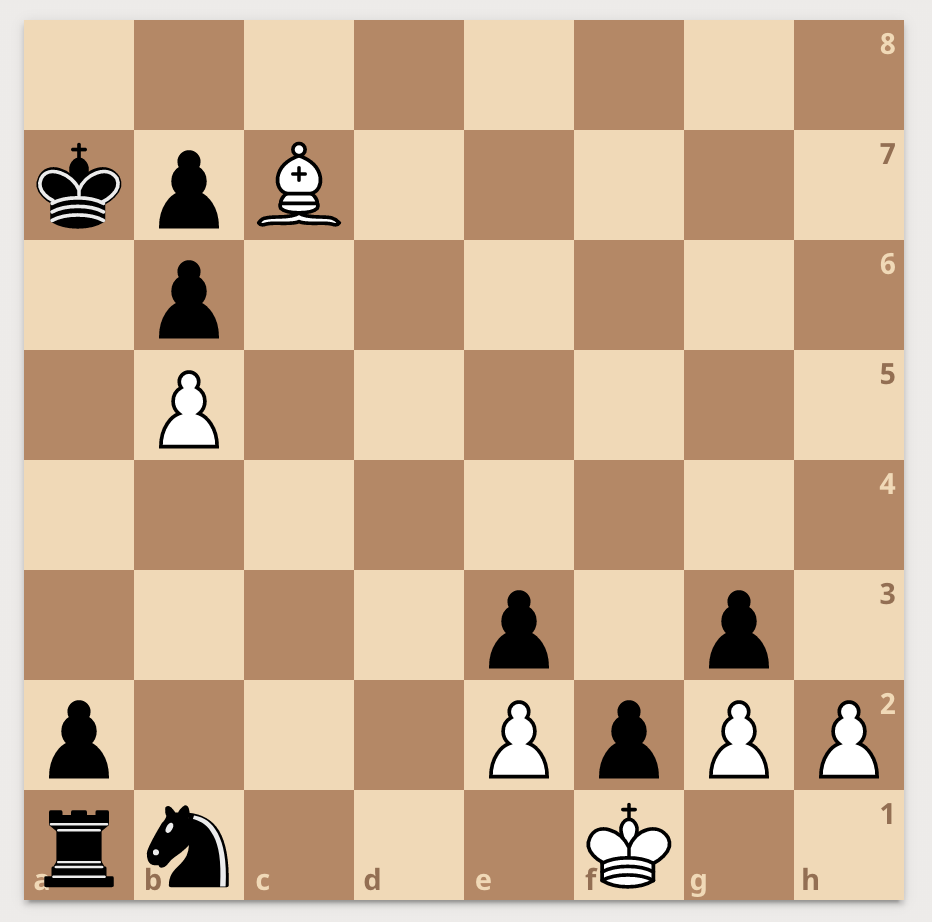 The only way to force the black knight to move is to stop the black king from moving around in his prison.

The only way to do that is to promote the h-pawn to a rook and not a queen, as if white chooses a queen then black has ”5. Na3/Nd2” to avoid the checkmate.

Here's the same idea with 12 pieces only, this time requiring a bishop promotion. 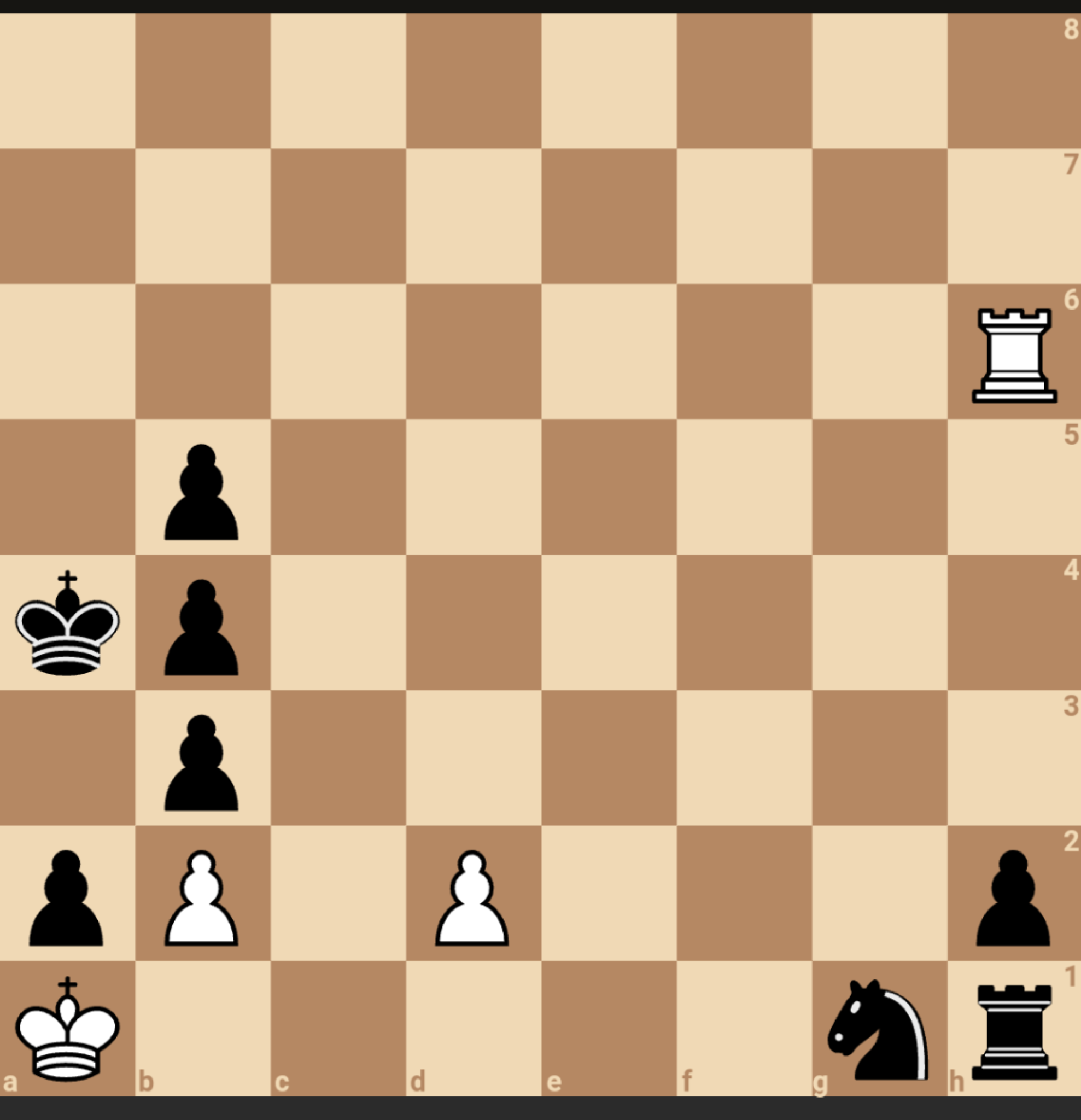 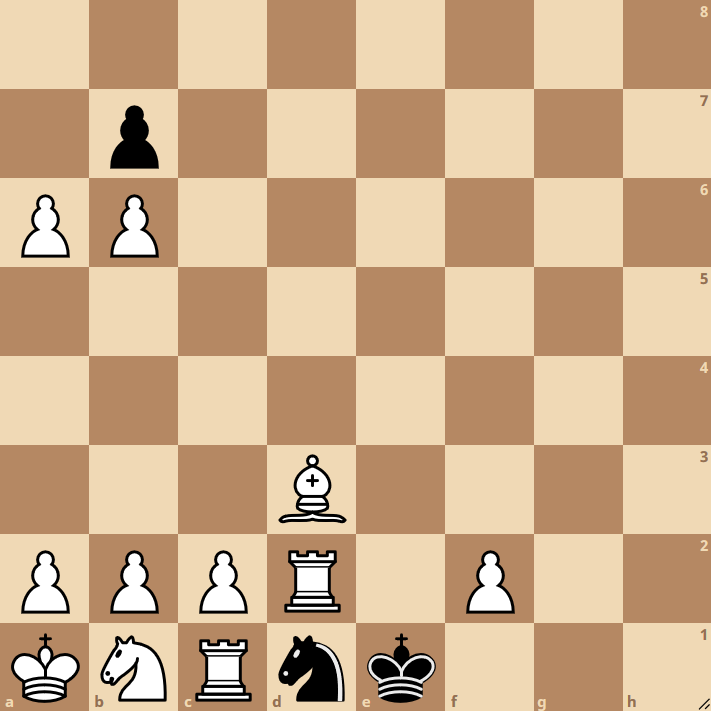 The moves proceed as follows (with all moves forced for black):

The notation in the last line just indicates that white can promote to either a knight, bishop, or rook.

The reasoning is as follows:

Black's only option is to keep advancing their pawn down the board through a series of pushes and captures. White's sixth-rank pawns obstruct Black's pawn in such a way that it can only make one movement down the board. Observe that Black's knight protects the pawn when it finally captures on a2. Black cannot capture a2 with the knight itself, because the knight is pinned to Black's king by White's rook. Black's king is obstructed from moving by White's rook and bishop.