Stars in our ears

This is part four in my clichéd treasure island puzzle series. The story carries on from part three.

It seems unfair that a chest whose password was so promising should contain nothing more exciting than an old notebook.

You leave the cave and discover that your subterranean expedition took longer than you realised, for night has fallen. Unusual stars shine clearly in the inky black sky.

With the aid of a torch you start flicking through the notebook. One particular page catches your eye. It reads:

There exist several constellations beyond those found in classical textbooks.
These constellations have wonderful things in common with each other.
And if you can trace the shortest path across the nights sky, hear their song.

On the subsequent pages are several sketches of what are presumably the "hidden constellations" referred to, along with some names and notations. 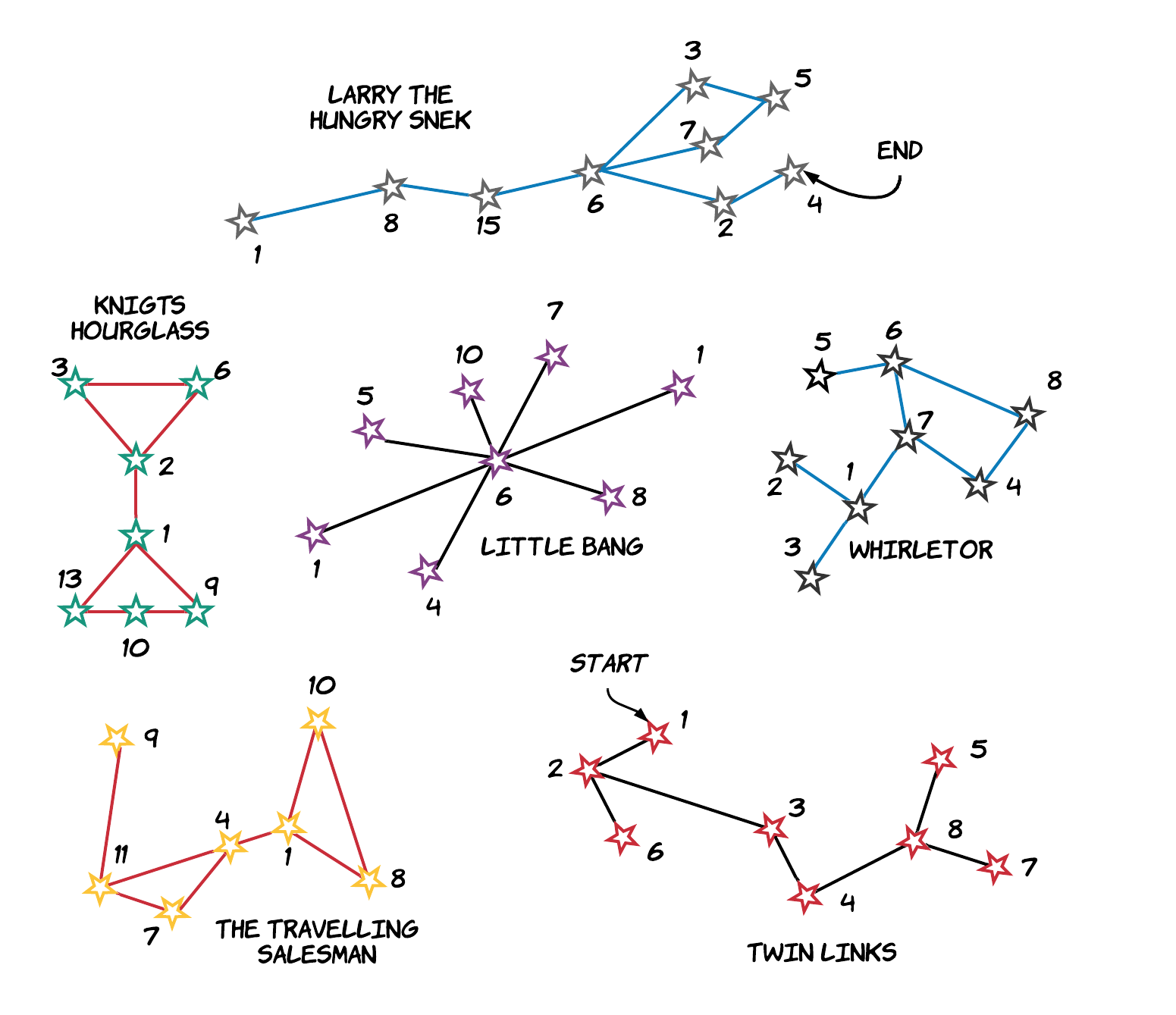 You look up into the very specific night sky and can indeed begin to make out some of the constellations. Thankfully whoever wrote the notebook must have done so at precisely the same time of year. Convenient. 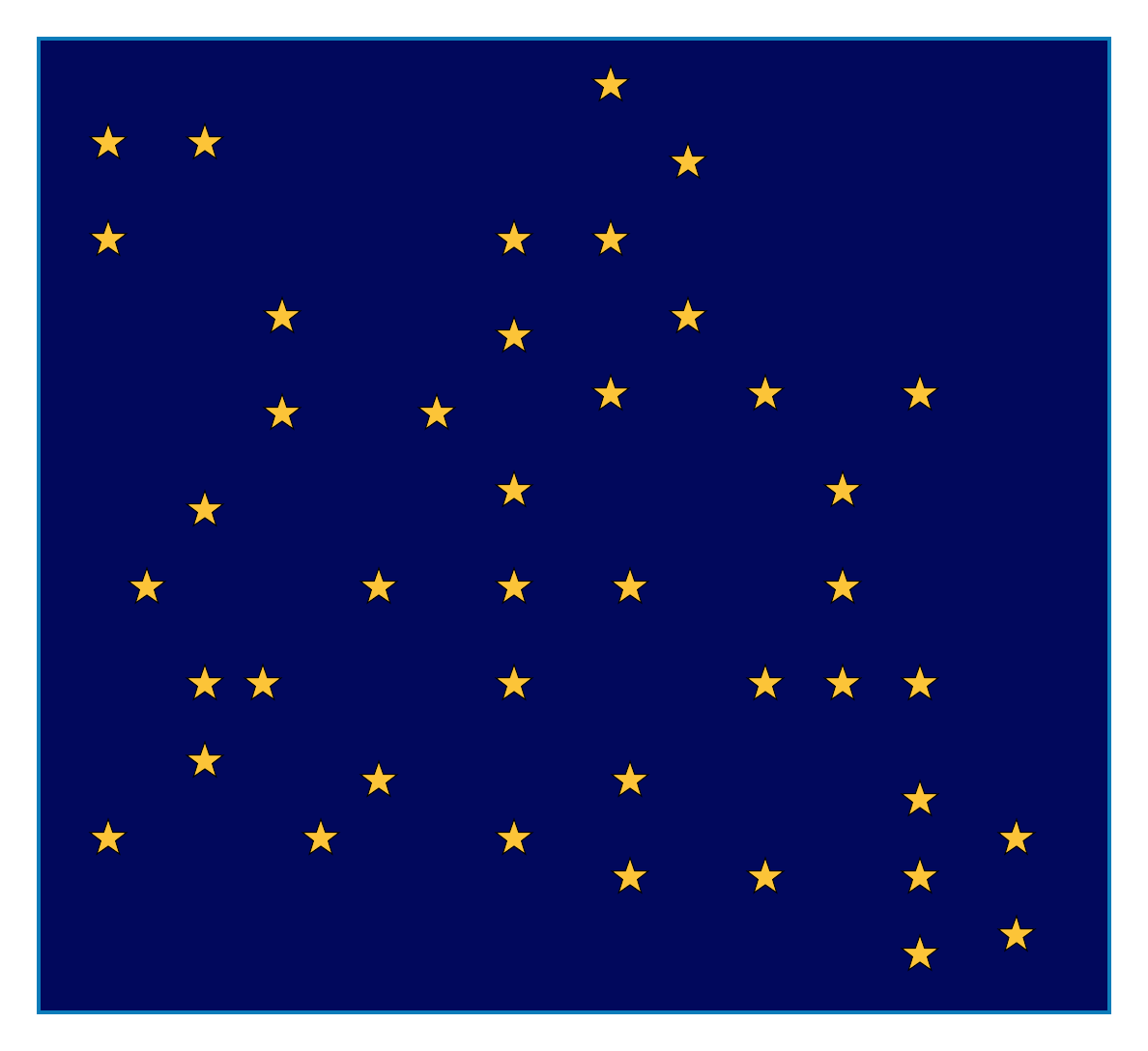 Can you determine what the song of the hidden constellations is?

The constellations can all be identified. They appear to overlap at single stars. 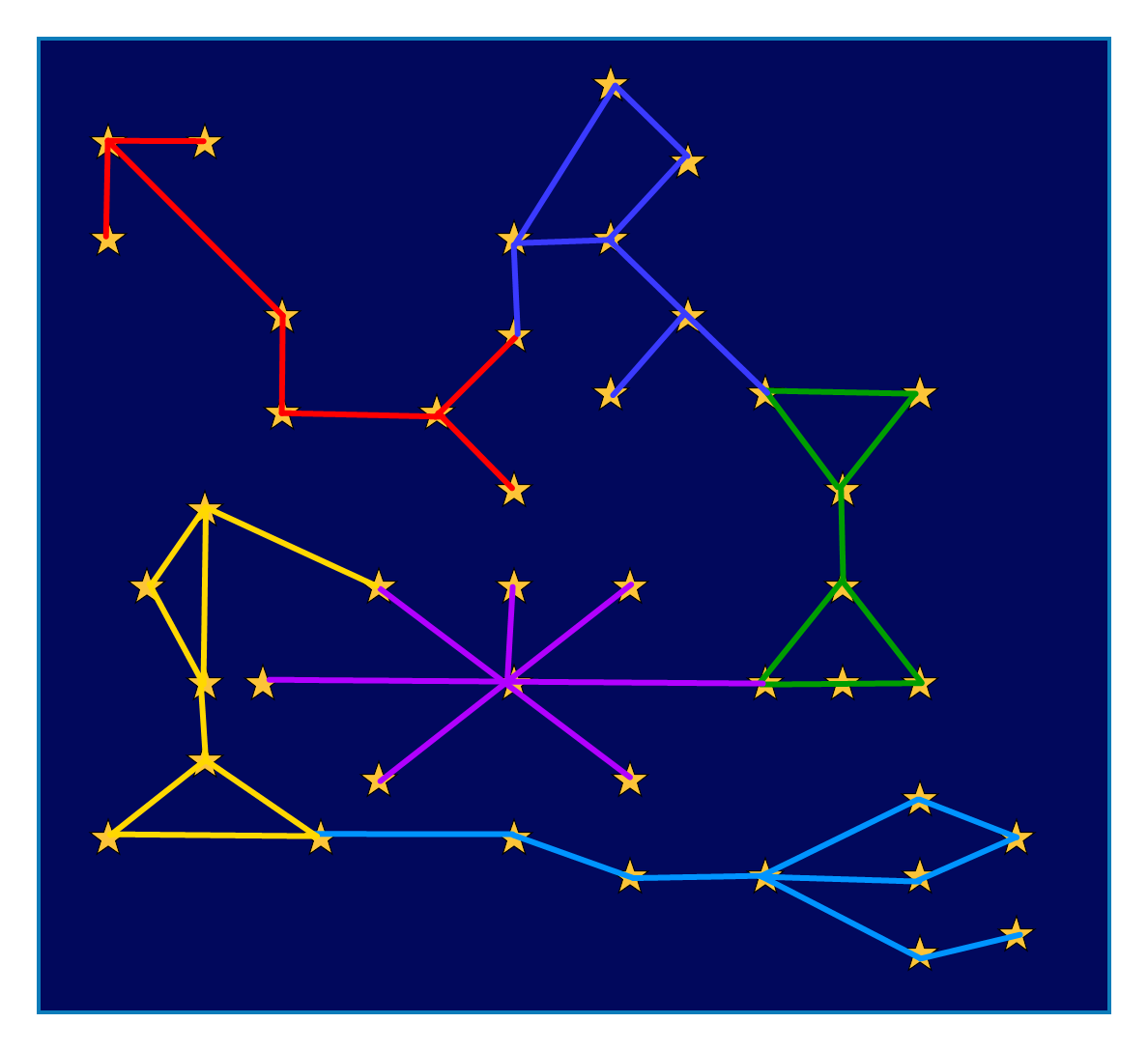 To get the song name, 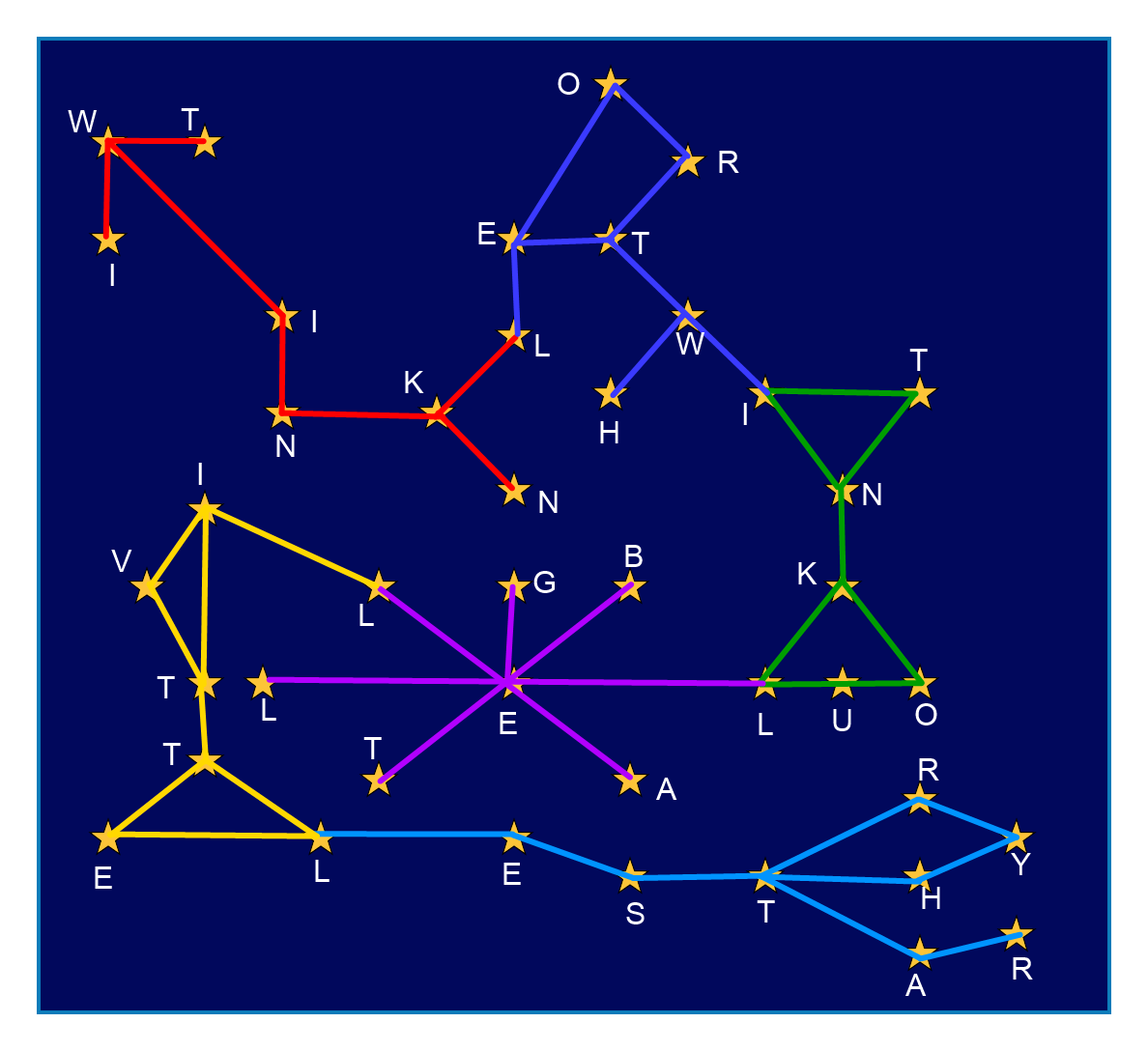 The shortest path from the "start" star (the T near the upper left) to the "end" star (the R near the bottom right) spells out TWINKLE TWINKLE LITTLE STAR.

16
Reading the Stars
3
Our Honor is Unstained
11
Our puzzling friend
17
Our puzzling friend 2: Electric Puzzaloo
81
My God, it's full of stars!
15
Reach for the Stars
8
Pluses and stars inside square visual quiz
9
Puzzle Hunt 02: Echoes of Change
4
Supposedly easy visual puzzle - triangles and stars
15
I love stars - a cryptic message