Fun with Flags part 3: what used to be

We are looking for 4 countries/kingdoms/sovereign states which do not exist anymore. 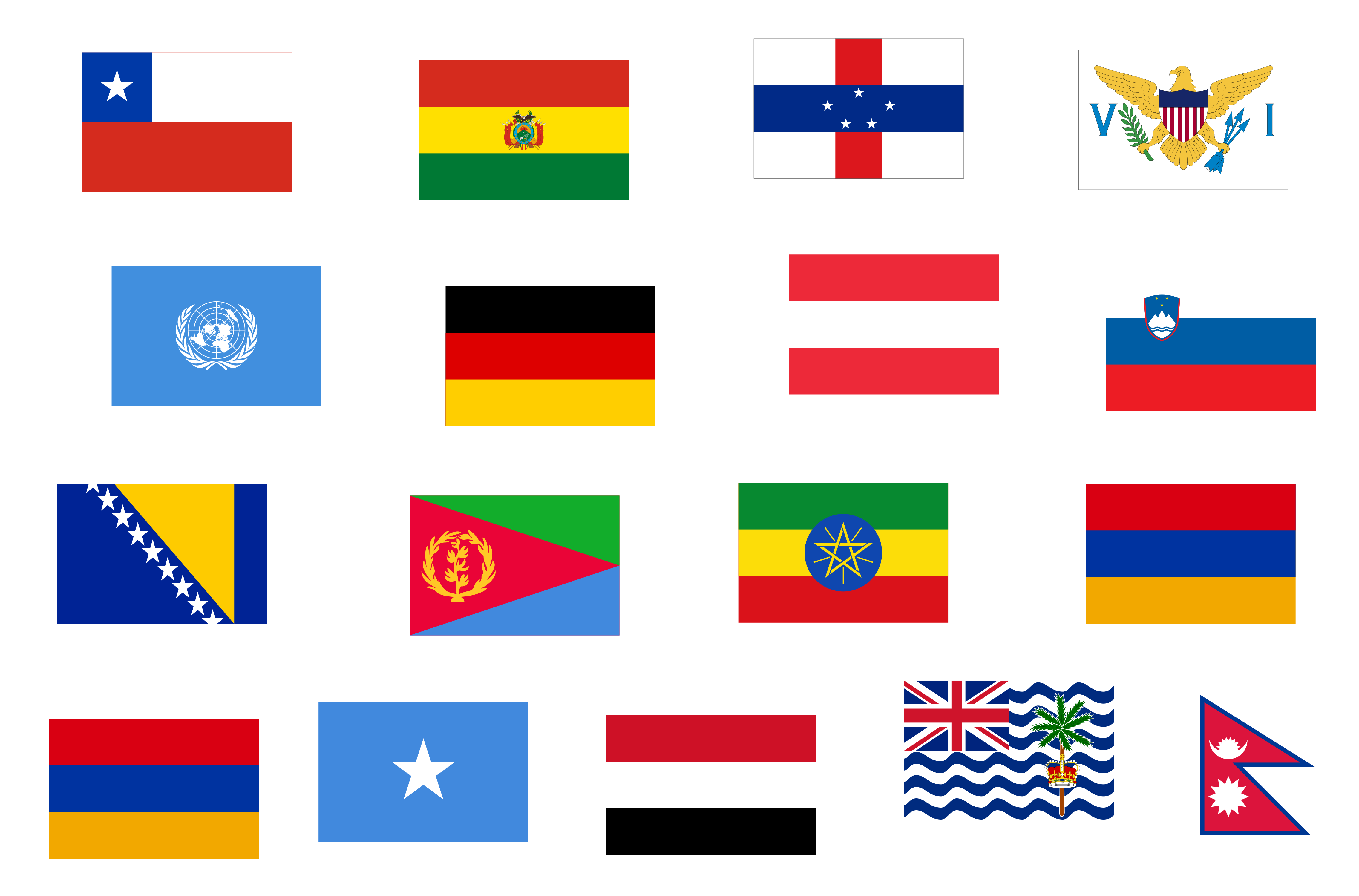 Once the OP's comment got me away from thinking about dates, this just took a lot of effort, not too much thinking. Thanks to the hint, we have the following values for the flags:

In the original order, that's

Putting those in the correct order for the question, we get

Let's get the ball rolling with a partial answer... Here are the 17 flags identified: 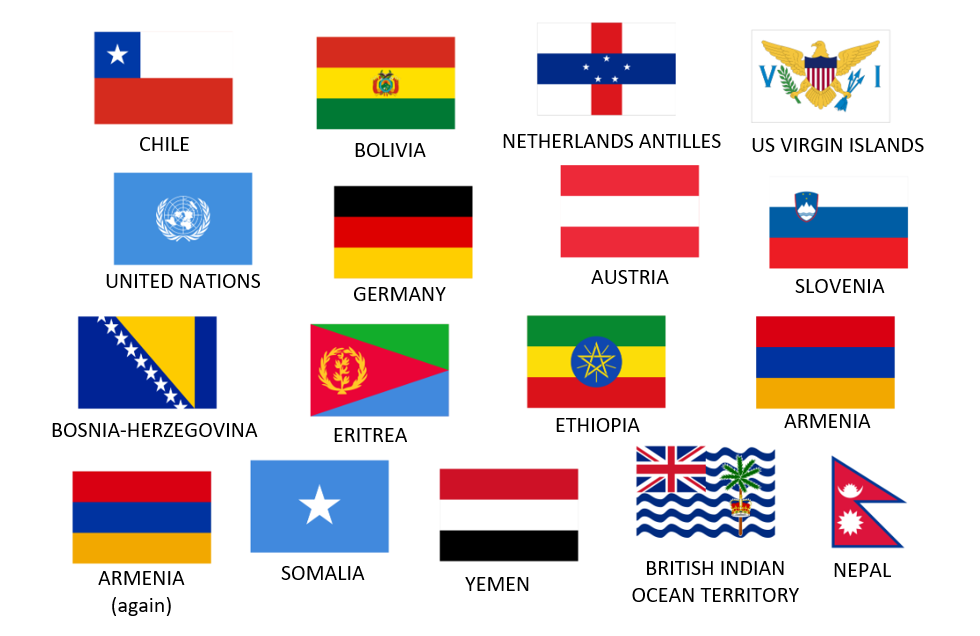 And here are some initial observations:

1. Reading along each row, the flags appear to follow a west-east route across the globe (ignoring Armenia's double appearance, and basing the United Nations at its headquarters in New York, USA).

2. Many of the flags can also be grouped geographically - loosely they fall into the following geographical categories:

3. It might also be possible to try to draw connections purely with the countries represented in each row - for example, drawing a line connecting the four in the first row on a map ends up dividing South America and the Caribbean in an almost north-south fashion, while it is also possible to draw a line on a map through the second, third and fourth countries in the second row without crossing any other countries' borders (all 3 were also part of the Habsburg family empire, historically speaking).

It is unclear to me at this stage whether the OP has selected the countries in the list above for geographical reasons (e.g. to identify the land area occupied by a particular ex-kingdom on a map) or because their names satisfy another property and choosing countries which border each other is a good way to sow a false trail... In particular:

The inclusion of the flag of the United Nations (not a geographical entity) makes me think the puzzle solution will not depend on geography, but potentially either history (e.g. year of independence/formation) or wordplay (e.g. using certain letters in each name).

Also, the fact that the flag of Armenia is deliberately utilised twice makes me lean towards something to do with the names of the entities these flags represent (e.g. initials), potentially on a per-row basis. However, quite why Armenia is used twice rather than, say, using Albania (a very similar name, spelling-wise) for one of them is currently beyond me - I'm sure the link will become clear soon...

That's the scutwork done - where to now??

The ISO-3166-1 alpha-2 codes for each of the entities represented in these flags are:

I note that it is possible to concatenate many of these into answers which may satisfy this puzzle's brief (ex-countries, former kingdoms, etc.). For example, SI+AM for Siam, the former name of Thailand. A longer string might be BA+DE+NP+ER+SI+AN+AM+VI+ET, yielding Baden (a former European state), Persia (the ancient kingdom predating modern-day Iran) and Nam Viet (an ancient kingdom also called Nanyue, which covered parts of modern-day China and Vietnam). However, this still leaves a lot of letter pairs unaccounted for - rather too many for the one remaining answer, in all likelihood... I shall think some more.

So here are the data for the whole bunch of Flags

Note: I used a standardized search on Google which gave me some different numbers

I don't know. if this is pointing in the right direction

Maybe it could be related to the UN itself, but the US Virgin Islands and the British Indian Ocean Territory and the Netherlands Antilles are not members of th UN