Hikouki (@flight_float) over on Twitter issued a challenge to make a Double Chocolate logic puzzle with a fixed grid pattern, and lots of logic puzzle makers responded to that challenge! Here's my take on it. 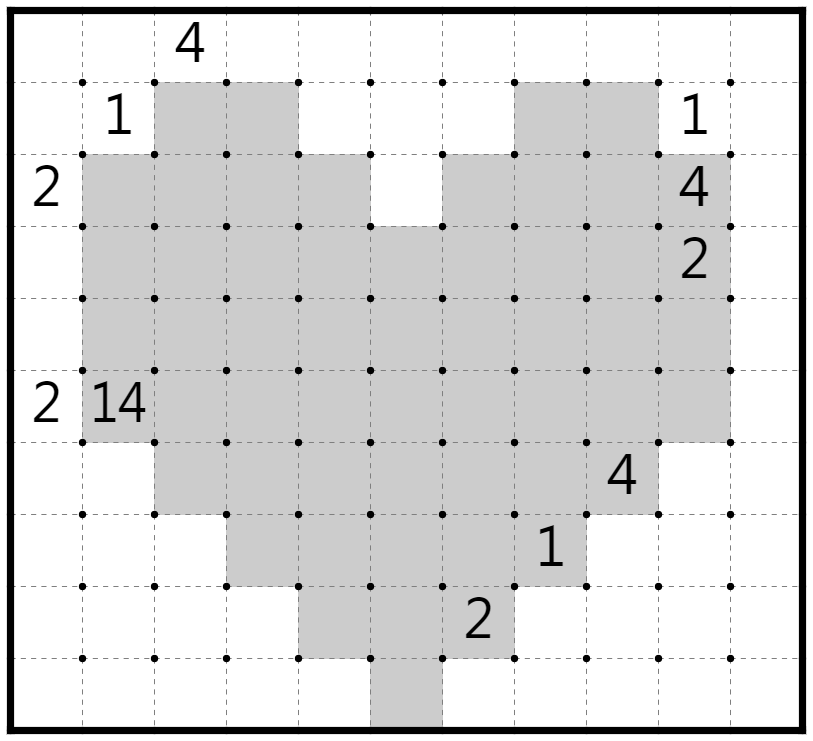 A convenient interface for solving this puzzle is available here. 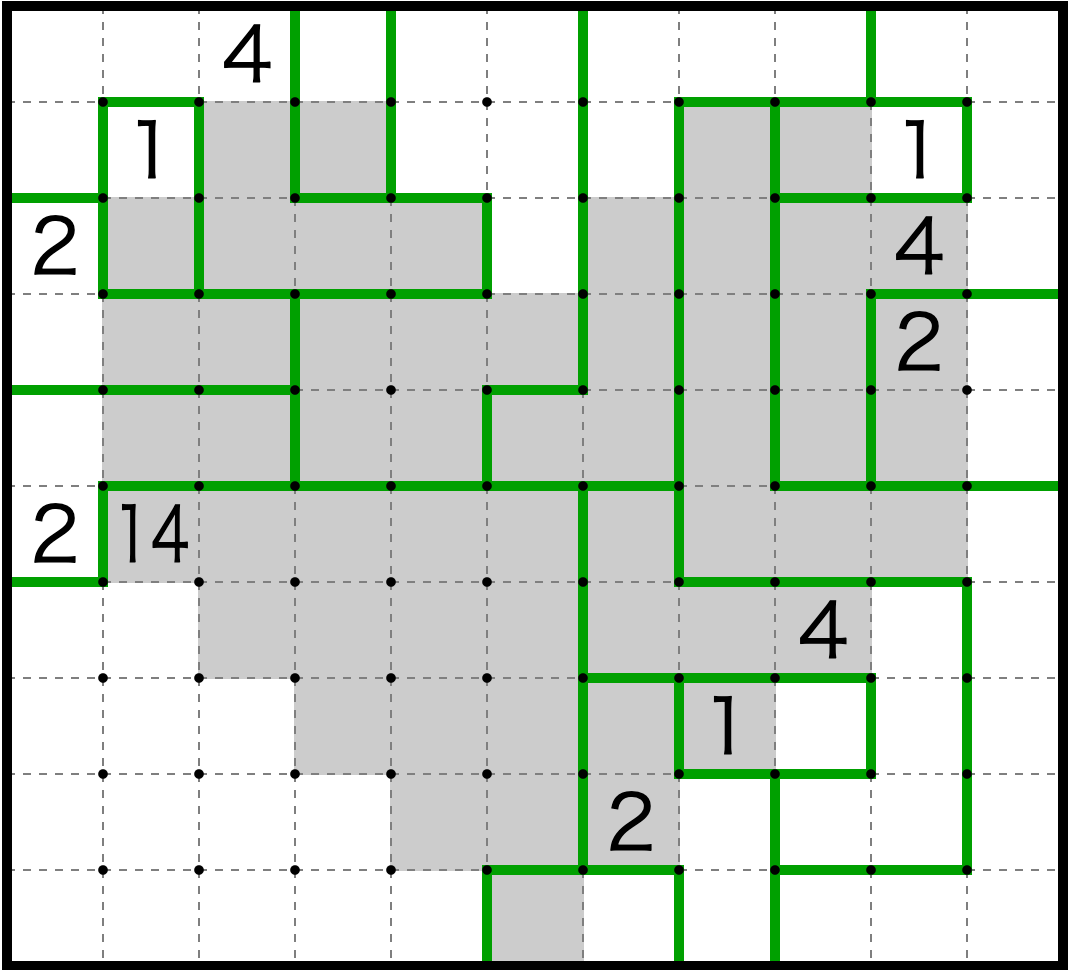 And here's the explanation:

(Note: In this explanation, whenever I use the phrase "$ n $ region," I mean a region with $ n $ gray and white squares that satisfy the constraints of the puzzle.)

We start off with some easy deductions: lines must separate regions with different numbers, the 1 in the upper right is forced, and the 2 in the center left must be constructed upward: 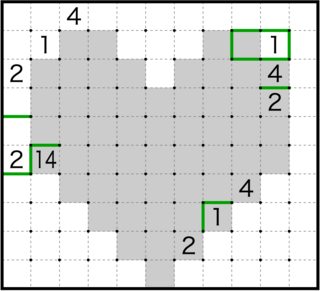 Now, assume that the 2 in the upper left includes the white square immediately above it. This forces the 1 and 4 regions to be constructed as shown. Then, there is no way to construct the two 2 regions without violating the "each region has an equal number of white and gray squares" rule. 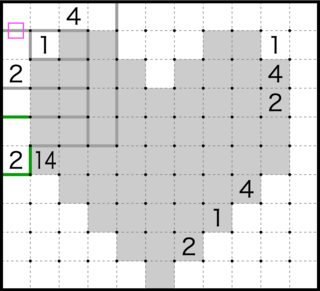 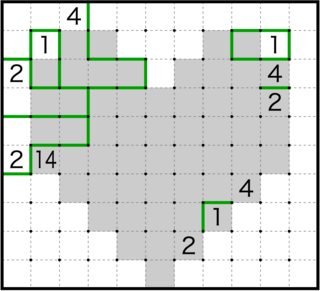 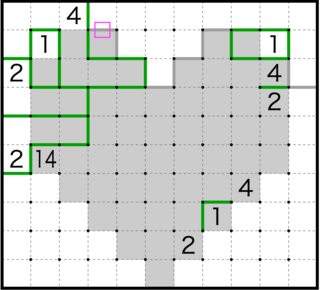 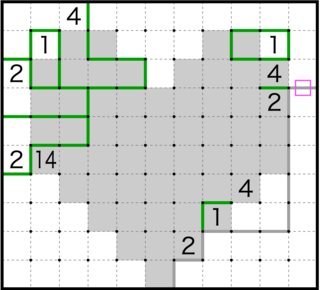 Thus, the 14 region must connect to the 14 white square block in the lower left. This also forces the shape of the 14 gray square block, as well as the construction of two 1 regions: 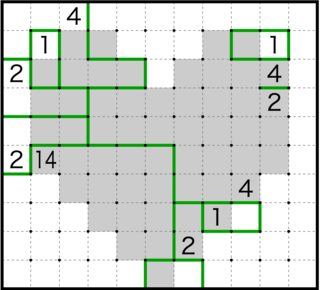 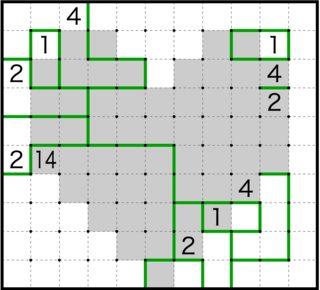 This leaves us with a long L-shaped white square block in the bottom right that is 3 squares wide and at least 5 squares tall. There is only one way to fit such a shape into the black squares and have it connect to the white squares, as shown: 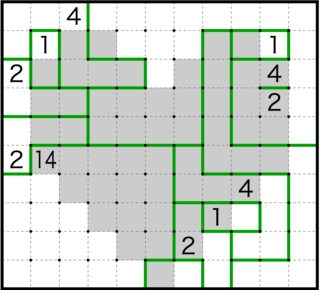 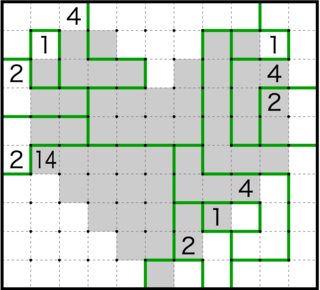 Then, note that there are two possible 1 regions that can be created from the lone gray square. Only one of these allows us to construct the remaining regions so that they satisfy the rules, and this is our final answer: