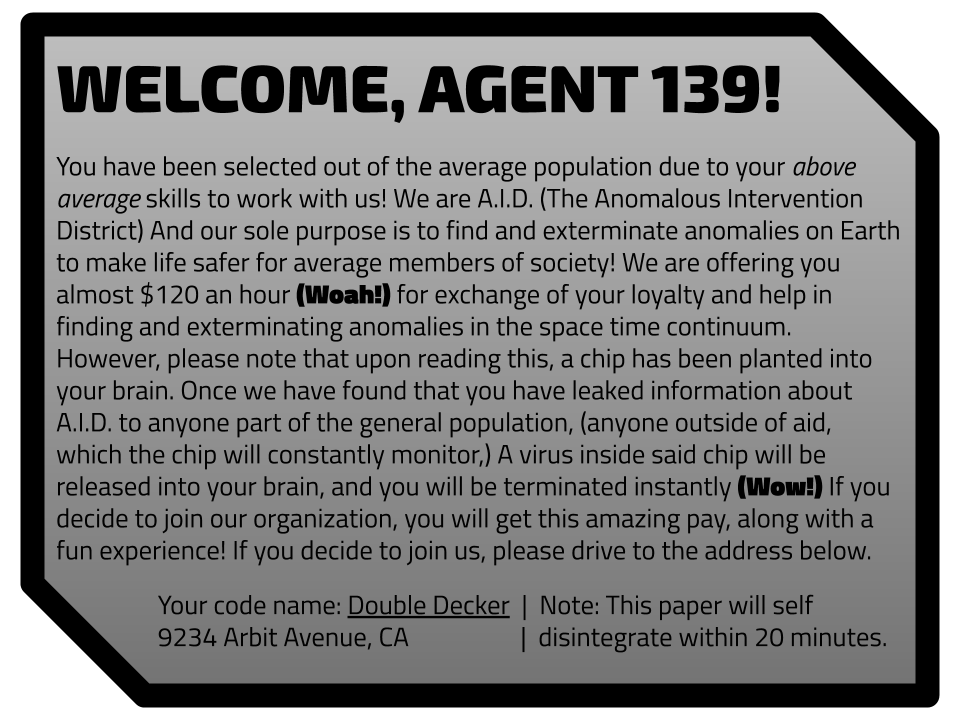 Last known location: Leaving his house on January 30th for an unknown reason, coming back to the house on February 3rd covered in mud, redressing into different clothes, then leaving once again. This is apparently a common practice of his, only this time, he has not been heard from since. In my opinion, he is an extremely irresponsible husband.

Doing work for the corporation is both difficult and dangerous, but it pays well. I've already solved plenty of these "missing" situations. How difficult could another one be?

It was a bright and sunny day. I drove along the side of the road, making a left turn on Sanguis Avenue. I’m here. A small house stood before me, with a woman waiting outside. “Promise me,” She pleaded, “Promise me you’ll find him and bring him home safe.” I get this all the time. There was no guarantee that her husband, William Plixer, was even alive. Most missing people I find are usually dead. I assured her I would try my best, as that was all I ever assured those with a missing relative or loved one.

The house was cold and musty, a “pleasant” relief from the heat of the sun. There were chisels, handsaws, and hammers lying everywhere. Disgusting; There were even a few small moldy blocks of wood on the floor. My first guess was that he worked in construction, which turned out to be a false assumption later on. The chisels and hammers were all rusted and wet; One even had some mold growing on the tip. However, all the saws were rust-free, with sawdust all over them. Whoever William was, he was quite messy. Ever heard of spring cleaning?

I saw a small nightstand beside his bed, with a drawer in it. Upon opening the drawer, I saw a receipt from Truli-Buy, one of the largest retail stores in America.

So William probably went out of town without telling his wife to go to an ice sculpting competition. The only problem is, I don’t know where this competition was held. If only I knew the address of the Truli-Buy he went to along with the state it’s located in. Sadly, all the useful information I needed was stained by these annoying water drops. Alright, so he paid \$6 as a subtotal and \$10 in cash. That’s not gonna help at all. The cashier name would tremendously help, if her last name were included. The time of purchase doesn’t exactly help, either. What else is on here? No email, no phone number, and the state it was purchased in is also blocked. Don’t you just love plot convenience?

I walked to his closet, which had several pictures of flags from different angles taped onto the door. After digging around, I come up with a five dollar bill, 3 nickels, 4 pennies, and a quarter from his business suit, 3 one dollar bills, 2 quarters, a dime, and a penny from a dirty winter coat, and 5 dimes, 3 pennies, and 7 quarters from one of his shirt’s pockets.

There were also sticky notes on his bed frame. 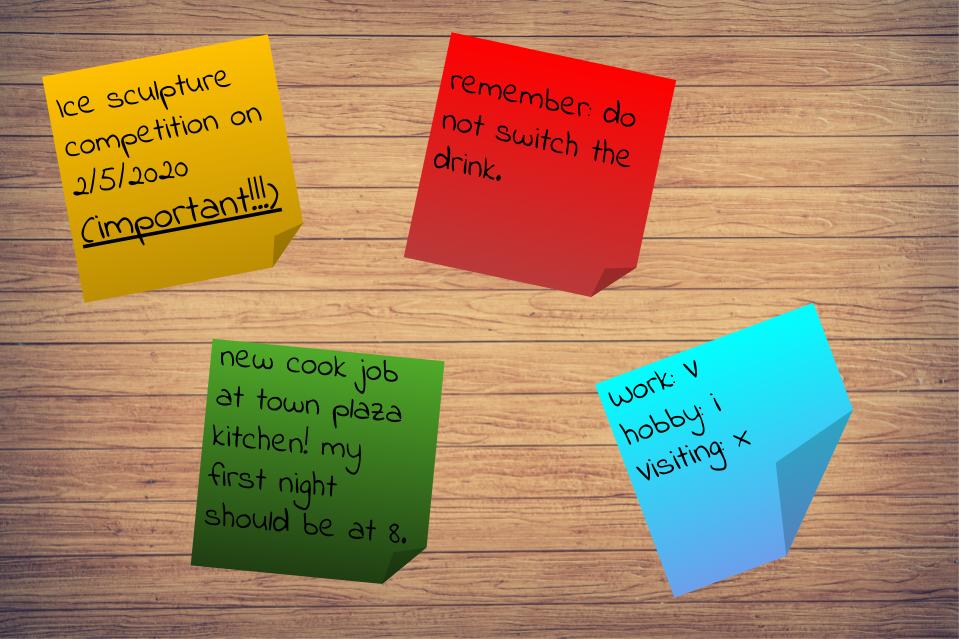 Above his bed was a whiteboard with various addresses written on them. 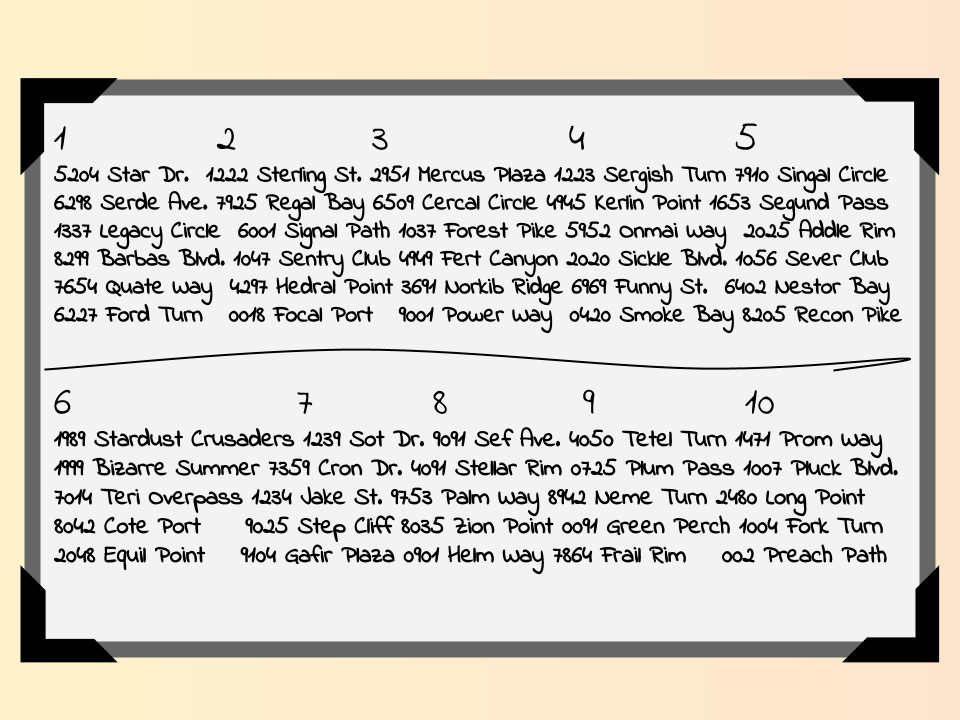 One of these could be the address I’m looking for, but without further evidence, I won’t know which one it is.

He has a computer. Surprisingly, it has no password. I won’t complain though, as this does save me time. I search through its files and nothing suspicious comes up. The only things worth noting were some interesting emails he’s gotten. 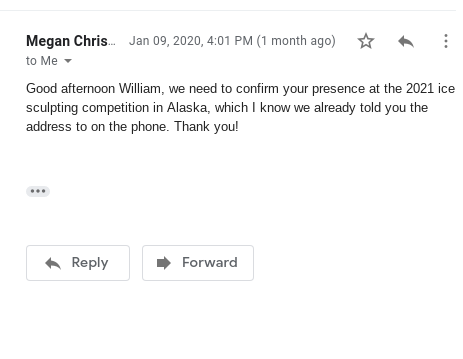 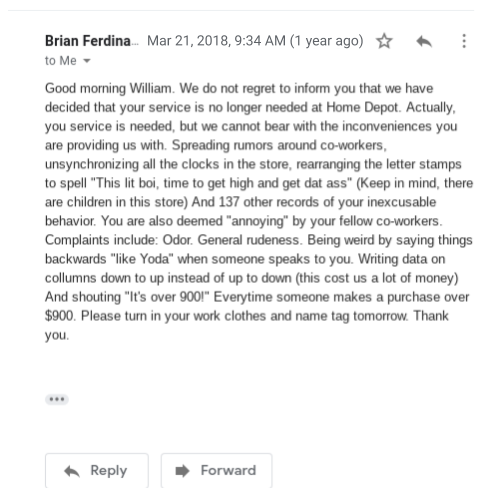 I needed some help from the new agent Double Decker who I heard is quite clever, but together, we were able to piece the puzzle together. The address and state of the Truli-Buy he went to is. . .

The state is Washington or Kansas..
The receipt was for $6.00 + tax, and he paid with a 10 dollar bill. Of the three piles of change there was only the winter coat that held what could be the change for this transaction. The tax was 39 cents, or 6.5%.

Kansas, Arkansas and Washington all have state sales taxes of 6.5%, and only Washington and Kansas have reliably cold winters. The muddiness of the clothes tends to indicate Kansas, but it's not a strong indicator.

One thing that bothers me is that both these states also have local sales tax. Right now, I'm assuming this is the setter's intent as it makes the problem way too complicated.

TODO: Figure out that table. I have some ideas, but I'm not sharing them yet.

Not the answer you're looking for? Browse other questions tagged logical-deduction story mystery or ask your own question.