I made a crossword for you guys 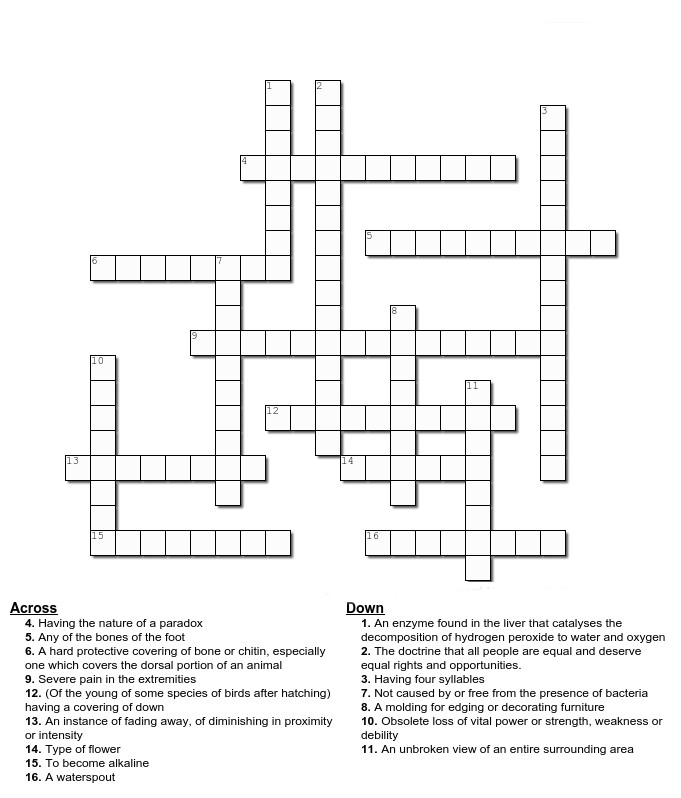 You'll find out why.

Made with a crossword maker lol

After getting (reasonably confidently, but perhaps you had something else in mind for 13a) this far 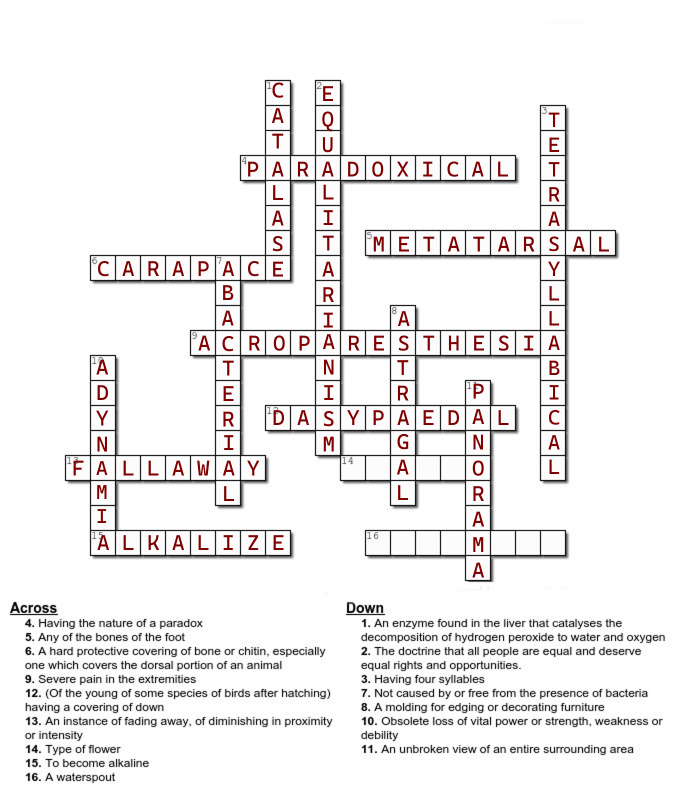 I find myself stuck:

there are no words in the OED matching --a--o that seem to me like they mean a type of flower (not even taking "flower" with its nasty cryptic-crossword meaning of "thing that flows") and if there are words matching ----m--- that mean "waterspout" in any of that word's senses, I've been unable to find them by searching e.g. for such words whose dictionary entries include "water" or "tornado" or "pipe" or "duct" or "meteorology" or various other such things.

Of course it could be that I've made bad choices elsewhere, but they mostly seem pretty much forced. One thing that gives me pause is that

in view of the obscurity of the words (there are at least three I've never seen before) I have had no compunction about using electronic help to look for candidates.

And now it's nearly 2:30am local time and I really ought to go to bed, so I'll leave it there.

Not the answer you're looking for? Browse other questions tagged word crosswords or ask your own question.