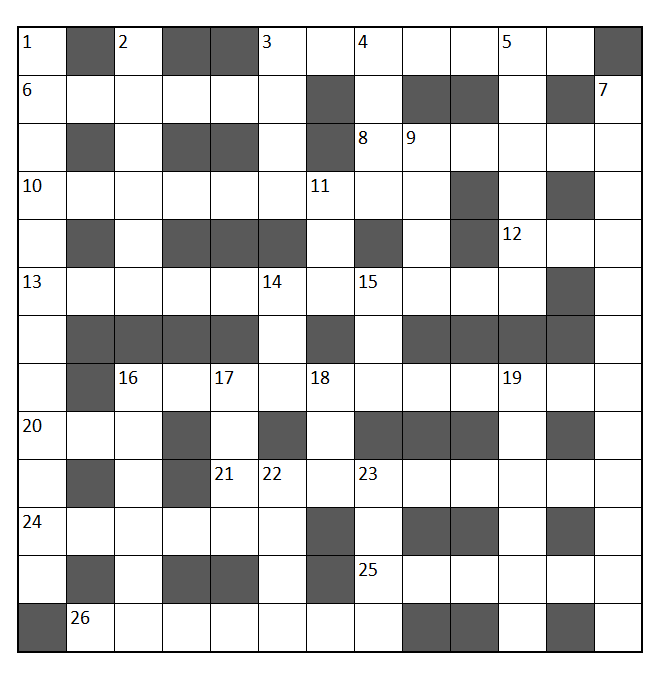 Across
3. Extraordinary claim: He is 13 across after 9 down (7)
6. Crashed ashore, sounding rough (6)
8. Got away from David and Edward going separate ways (6)
10. General supermarket chain from Germany follows Italy's #1 in fashion (9)
12. Rights to incorporate a compression format (3, abbr.)
13. Crime lord's small gesture backed by inner circle controlling Mexican city (3,8)
16. One soldier enters – voilà, America becomes prominent (11)
20. Hot liquid and endless vapour (3)
21. 1 down author's unfinished opus and final letter acquired by Italian coin collector (5,4)
24. Someone who makes the cut tied or undone (6)
25. Get on top of Everest to indicate having extreme backbone (6)
26. Police officer pursuing organization leaders backing Capone, leading to man behind 1 down (7)

"I'll make them a crossword they can't resist!"

If it wasn't obvious, the theme is The Godfather (1d) written by Mario Puzo (21) and made into a film by Francis Ford Coppola (26). Many more clues reference the work.