Two dice with same probability for each sum mk2

Inspired by Two dice with the same probability for each sum?

To cheat in a game of sums, you get yourself a pair of magic dice. That pair behaves in a wonderful way where each individual die is fair (1/6 to roll any number); however, they influence each other, so you are getting all sums from 2 to 12 with the same 1/11 probability. This is all very neat because all the testing performed by your victims opponents only considered loaded dice, whether one throw influences the next one and so forth, and completely missed your trick.

So, you are full of money, but the poor victims opponents are slowly coming to their senses. They spotted that (1,6) and (6,1) were never rolled during the game, despite great many throws, and they demand answers and/or money back. You quickly blurt out that probability is indeed strange... then set off to work to trick them again.

To trick them again, you are required to make each die fair (1/6 probability of each number), all sums with the same 1/11 probability and the highest possible lowest probability of a combination. That is, the combination your magic dice throw the least often, should be as close to 1/36 as possible. So, what is the desired "roll table" - what is the probability of roll (1,1), (1,2), ..., (6,6) with these requirements?

Starting off short before the end of this answer we take

the probability distribution including the 6 parameters 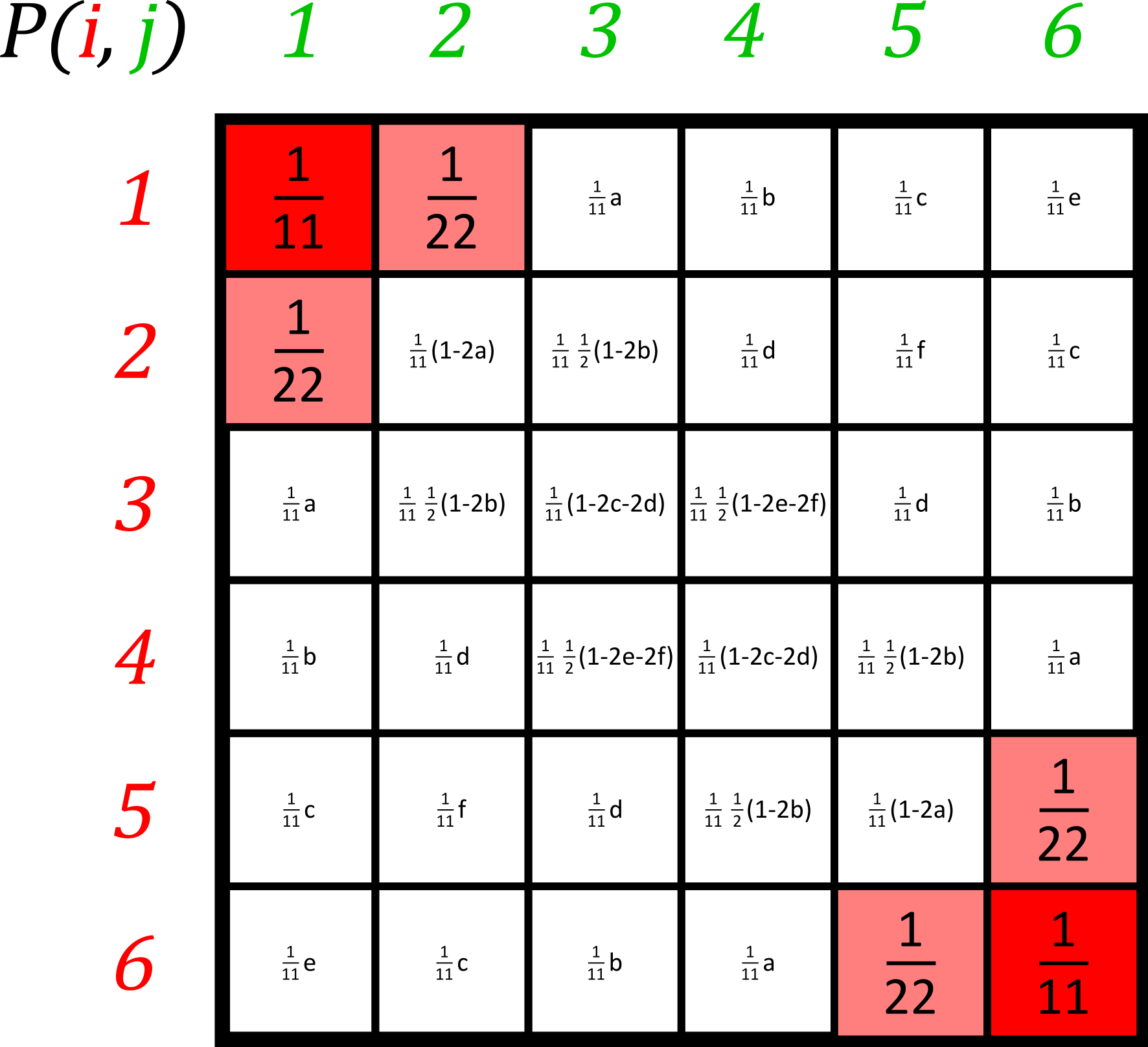 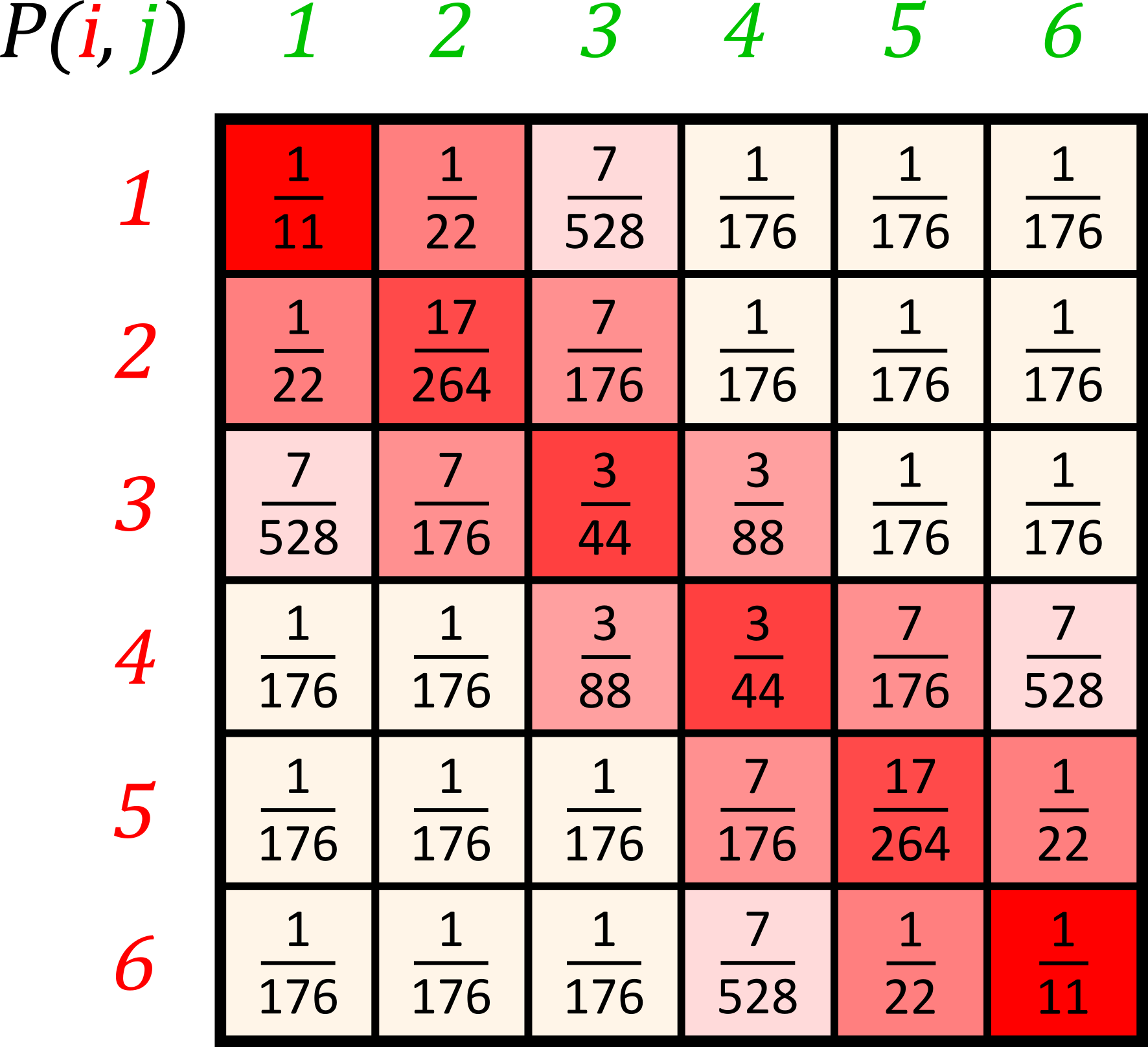 Not the answer you're looking for? Browse other questions tagged mathematics combinatorics probability or ask your own question.

5
Two dice with the same probability for each sum?