I made a little crossword for you. 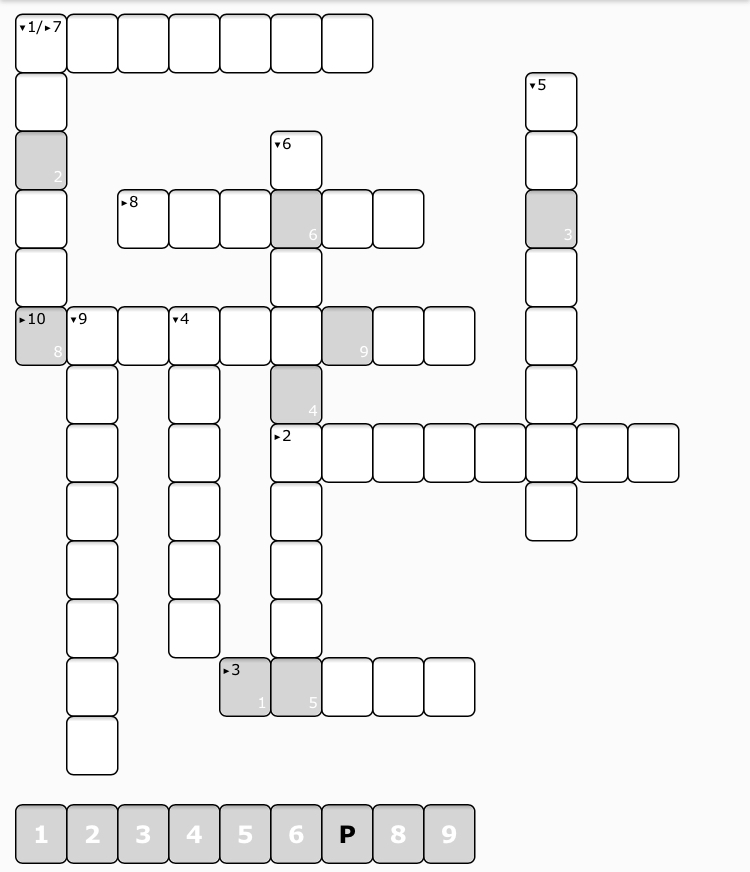 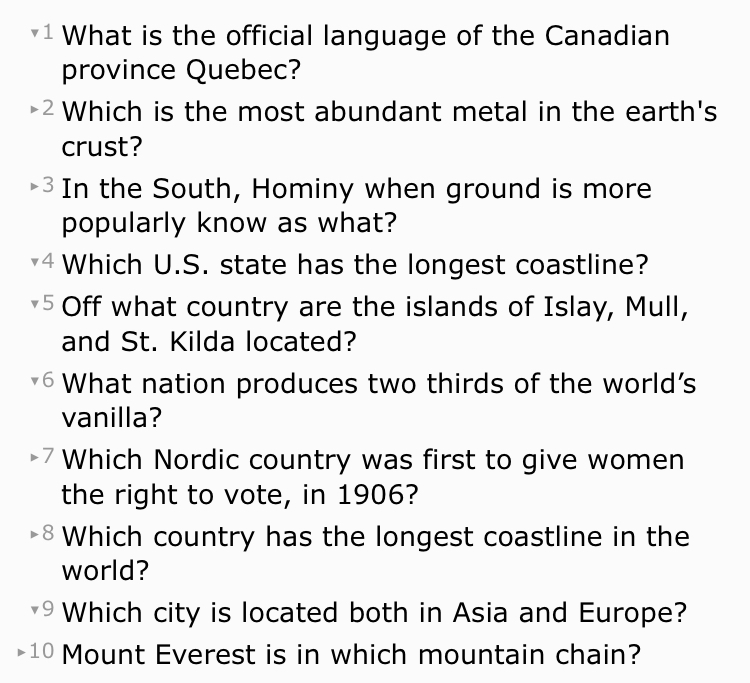 If you get it right, the keyword will make sense for you :)

1) What is the official language of the Canadian province Quebec?

2) Which is the most abundant metal in the earth's crust?

3) In the South, Hominy when ground is more popularly know as what?

4) Which U.S. state has the longest coastline?

5) Off what country are the islands of Islay, Mull, and St. Kilda located?

6) What nation produces two thirds of the world’s vanilla?

7) Which Nordic country was first to give women the right to vote, in 1906?

8) Which country has the longest coastline in the world?

9) Which city is located both in Asia and Europe?

10) Mount Everest is in which mountain chain?