The challenge as described hereafter is to create a total of 4 similar triangles by drawing 4 triangle in a scalene, acute triangle - out of the 5 resulting triangles (4 that make the original one)

If D, E, and F are the middle of the sides of the triangle ABC than the 4 triangles created are equivalent and with the original triangle we get 5 similar triangles. 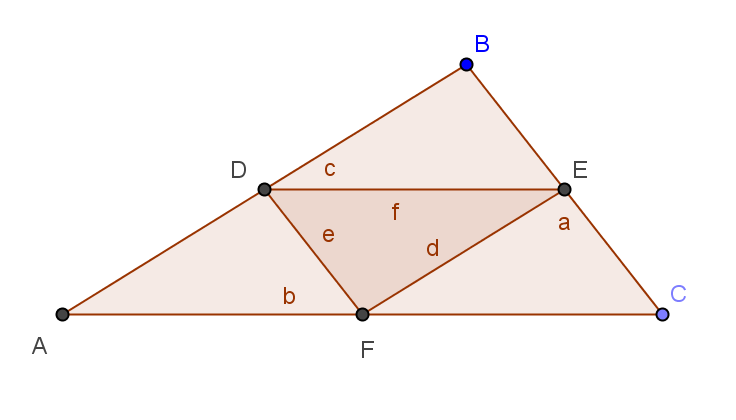 The challenge: In a triangle create four internal triangles as described in the following diagram. The requirement is that with the original triangle you get exactly FOUR similar triangles. 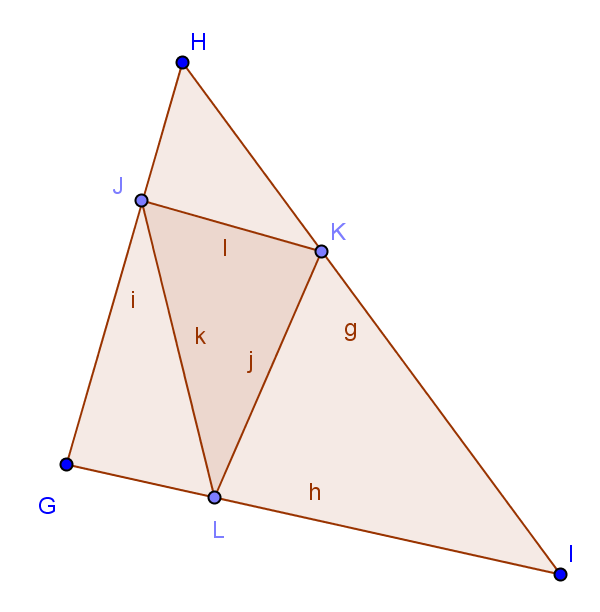 In order to create four similar triangles instead of five, it is necessary to:

1. reflect two of the internal triangles (refer to examples below)

2. and place the third, non-reflected, internal triangle inside any vertex - provided this vertex has an angle less than $90^\circ$. Call this internal angle $\alpha$.

3. then form the base of an $isosceles$ triangle with the internal side of the non-reflected triangle

4. then use two equal lengths of the two reflected triangles and two angles equal to $\alpha$ to complete the internal, $isosceles$ triangle

The internal triangle KJL is unique because it is:

an isosceles triangle. Points J, K, L are unique as determined by the requirement to form an $isosceles$ triangle with 2 angles equal to $\alpha$.

Examples of obtuse and acute triangles with several placements of the internal triangles: 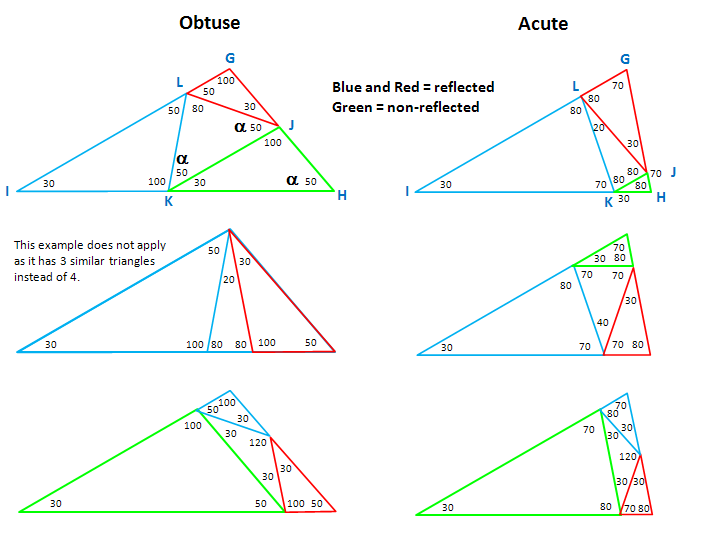 Not the answer you're looking for? Browse other questions tagged geometry triangle or ask your own question.