After solving this puzzle, I received an envelope in the mail. I opened the envelope, only to find three letters inside. The first one read:

Astonished at the blatant threat, I quickly scanned over the second letter: 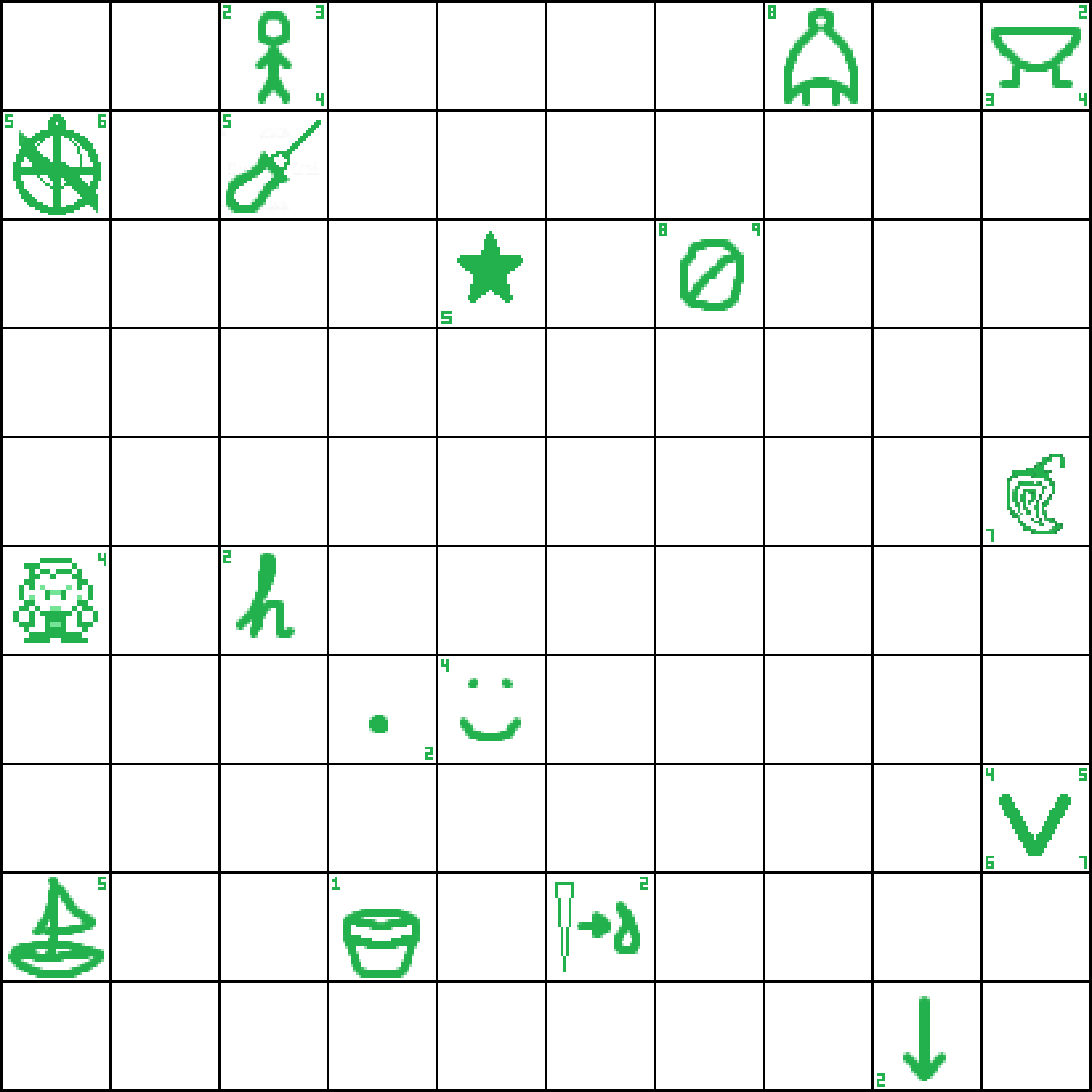 Unfortunately, I couldn't make heads or tails out of it, until I took a look at the third letter:

After a brief moment, I assembled a message and was instantly horrified!

What greeting did the letters contain?

Placing words on the grid (top to bottom or left to right), the images anchor either the beginning or ending of the corresponding word.

Some numbers are red herrings

The main puzzle mechanism has already been worked out thanks to @LukeBickell and @MOehm - go upvote their answers (@MOehm - feel free to add this into your solution so we have a complete one; @Avi - give the checkmark to that one!). All that remains is the final message, which I believe is:

Look only at the words relating to the symbols explicitly mentioned in the third letter received by the OP (ignore all the others - these are red herrings). For each of these, note the numbers written in the corners of their symbol in the first grid and examine the corresponding index position(s) in the word to get:

Altogether this gives us: ERSUZZLLELPHO. Finally, note the thus-far-unused anagram tag. This letter sequence anagrams to 'HELLO PUZZLERS!' Your mysterious correspondent appears to know who we are!

The things in the grid are:


Here, the words are placed in crossword-style, so that they cross, but don't run into each other when going in the same direction. The first or last letter of a word coincides with the respective symbol in the grid. These "anchors" are written in capital letters in the grid above.

I don't know. There are nine symols on the third sheet and the numbers in the grid go from one to nine. What do the positions of the numbers mean? The numbers cannot be letter position, because in some places, these positions exceed the length of the answers. But I note that the first three things from the third sheet are Person, bUZZer and chipotLE, which could conveniently spell something, in the case of buzzer even with the letters indicated by the numbers.

While I have no idea how to use the grid and numbers, I at least have a number of guesses for the words, which may help someone else.

The remaining three I don't have guesses for are the boat, the bowl/semicircle, and the V.

Not the answer you're looking for? Browse other questions tagged visual anagram crosswords or ask your own question.