The grid above shows the final layout of a domino game played with a standard $28$-tile (dominos $0-0$ to $6-6$). The first domino played, the $4-4$ double is given, and solvers must complete the remainder of the grid. The red-shaded space is where the last two dominos in the set would need to go -- but sadly, though they would complete the layout there is not enough space for both of them. Solvers must also identify these two missing dominoes. To help solvers a little, doubles are the only dominoes that can change the direction of the layout and are set with their centre against the new direction. Looking at the start piece, heading left or right is a new direction, while moving up or down is in conformity with the layout.

As always, two dominoes may only abut if their numbers match.

To further assist solvers, crossnumber-style clues are provided below. They are split into Up, Down, Left and Right and indicate which direction the solver must eventually enter them into the grid. For example, if the solver were to find that $4113$ was an up-domino then the $4$ is entered in a cell, then the solver must move up to enter $1$, up to enter $1$ and up once more to enter the $3$. No entry goes round corners. Left dominoes are entered by moving left (West, if North is directly up the page), and Right dominoes are entered by moving right (East).

Solvers must perform a transformation on all answers before entering them into the grid, but this will become obvious as the clues are solved.

Notation: Capital letters represent positive integers with no leading zeros. Lower-case letters indicate clues: $2$u means $2$up, i.e. clue number $2$ from the up column. $\#$ indicates concatenation: $4\#1 == 41$. Numbers in brackets give the length of the answer (digit count) before transformation and grid entry.

No answer, before or after transformation, has leading zeroes, and division is always exact (there will never be $25/3$ for example, only $25/5$). Each capital letter represents a different positive integer.

Final note on tags: there's no cross-number tag so I've used cryptic-crosswords as numeric cryptic crosswords are traditionally like this.

[I haven't spoilered any of what follows other than the images. It shouldn't be difficult to ignore a big wall of text like this.]

First of all, note that despite the "transformation" (which I expect often to change the lengths of our numbers) we should be able to rely on the given lengths, because we're told explicitly they they are the pre-transformation lengths.

Unless I am misunderstanding something, there is no difference between e.g. an Up and a Down number except for the direction of entry (and in particular there is no assumption that we can go around the whole loop in a consistent direction entering these numbers in the direction we're travelling), so what we have is equivalent to:

Our set of dominoes has 8 of each number. The numbers above have, in total, 9,5,9,8,7,7,7 of numbers 0..6. Clearly we have some overlap (which isn't a surprise) and clearly even after removing our two extra dominoes there are at least a couple of digits we need to infer by other means.

The first thing we can place is 0006 (down). It must contain a 00; the only double that isn't at one end is the 44 in the middle (note that there are exactly 7 doubles and we can see where they all have to go), so this divides as 00|06 and goes at top right. 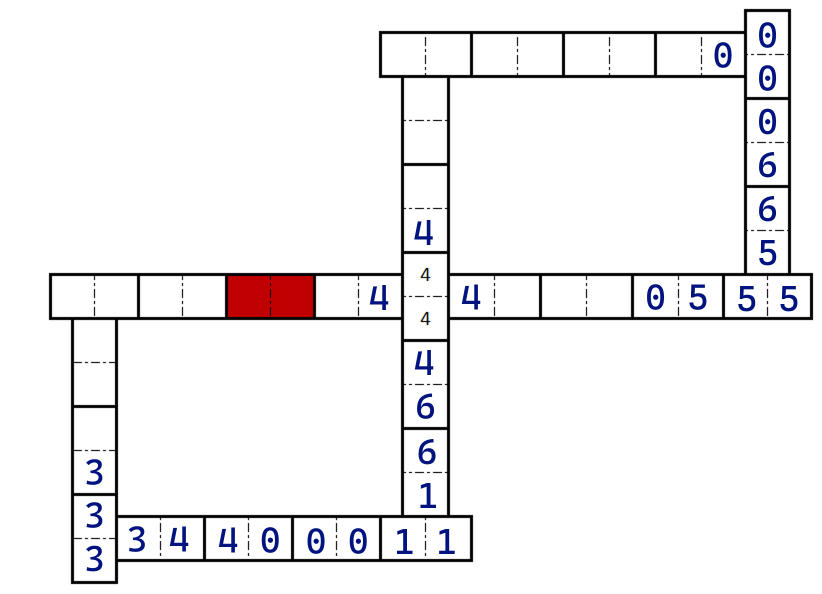 Now, the only 4-dominoes still unplaced are 14, 24, and 45. They must go in those spaces in the middle. And we know that the latter actually appears in 42|20. There's only one way to place this: on the right. 14 and 54 will go in the other two spaces. Which is which? We know that 54 appears rightward, and it can't be across a domino boundary because of the abutting rule, so 54 must be in that space on the left and 14 in the nearby downward space. 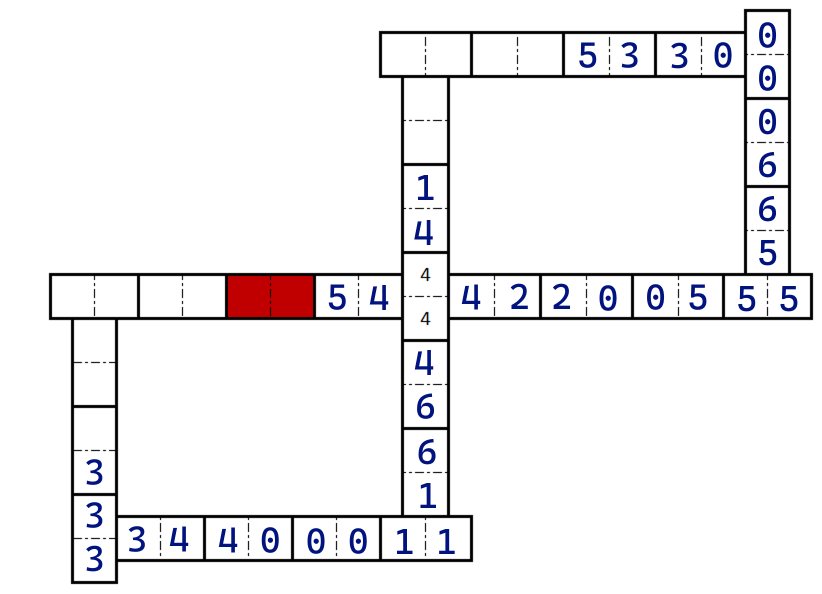 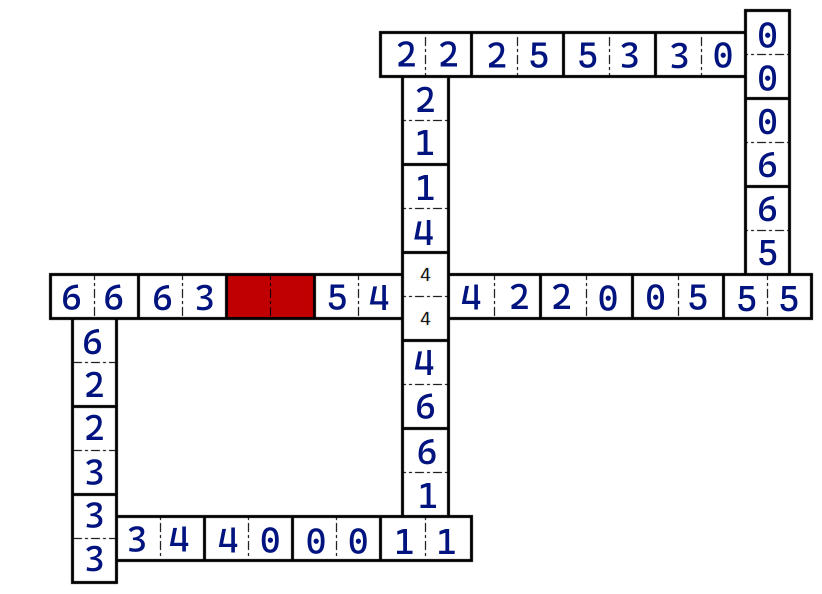 The gap we would like to fill wants a 3 on the left and a 5 on the right. The two remaining dominoes are 31 and 15. We could finish the job with just a little non-euclidean geometry :-).

Not the answer you're looking for? Browse other questions tagged cryptic-crosswords dominoes or ask your own question.